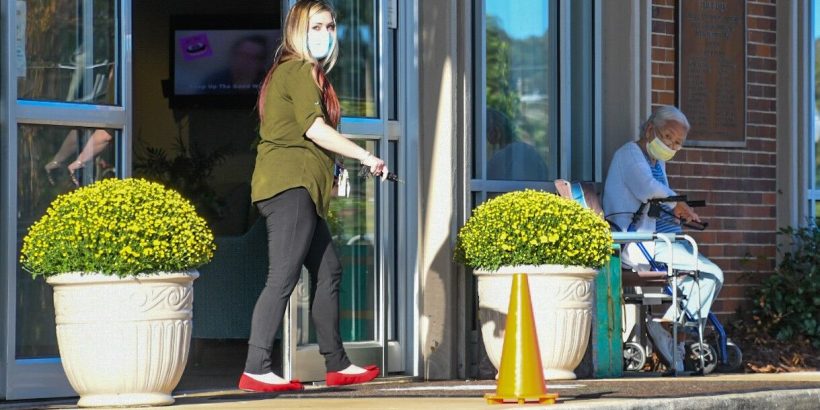 “Rampant fraud and abuse occurred statewide at Wisconsin’s nursing homes and other residential care facilities,” according to the Office of Special Counsel’s second interim report filed on March 1 with the Wisconsin Assembly. That conclusion represents but one of the key findings of election irregularities detailed in the nearly 150-page report—a report that also confirms the conclusion of the Racine County Sheriff’s office last fall that fraud occurred at nursing homes in Wisconsin.

Special Counsel Michael Gableman, the retired state Supreme Court justice appointed by the Wisconsin Assembly to investigate integrity concerns about the 2020 election, vetted more than 90 nursing homes in five different counties before concluding there was “widespread election fraud at Wisconsin nursing homes in November of 2020.”

According to the report, nursing home staff and administrators illegally handled absentee ballots, illegally assisted with “marking” residents’ ballots, illegally “witnessed” the voting, and possibly included forgery of the elderly residents’ signatures. Under Wisconsin law, these violations of the election code constitute fraud.

This Local Investigation Led to the Special Counsel

In the Racine County case, the sheriff’s office received a complaint of potential violations of state election law occurring at the Ridgewood Care residential facility. After conducting a thorough investigation of the complaint, Racine County Sheriff Christopher Schmaling held a press conference on October 28, 20221, in which lead investigator Sgt. Michael Luell methodically presented his findings.

As Luell explained during an hour-long press conference, Section 6.875 of the Wisconsin election code provides the “exclusive means” of absentee voting in residential care facilities. That law requires local municipalities to dispatch two special voting deputies, or “SVDs,” to such facilities.

Under the election code, those SVDs must personally deliver ballots to any residents of the facility who wish to vote and then witness the voting process. By law, only a relative or a SVD may assist the voter in the process, and after the ballot is completed, the SVD must seal the ballot envelope and deliver it to the elections clerk.

The Ridgewood Care Center in Racine County violated every one of those mandates, Luell explained, with the Wisconsin Election Commission (WEC) holding blame for the blatant disregard of state election law taking place at residential facilities because the commission had directed municipalities not to “use the Special Voting Deputy process to service residents in care facilities,” and to instead “transmit absentee ballots to those voters by mail.”

Based on the WEC’s illegal directive, Luell detailed how further violations of the election code occurred at the Ridgewood Care Center, with staffers improperly completing portions of the absentee ballots, mishandling and not securing ballots, and discussing the elections and candidates with the residents beyond merely reading them the ballots.

Less than a week after his press conference, the Racine County Sheriff’s Office announced it had forwarded its conclusions to District Attorney Patricia Hanson and had recommended election fraud charges be filed against five members of the WEC, including two felony counts.

The most serious felony charges referred to Hanson alleged that the five commissioners violated Wisconsin Statute 946.12(2), entitled “Misconduct in Public Office,” and Wisconsin Statute 12.13(2)(b)7, “Election Fraud –Election Official Assisting with Violations.” The misdemeanors referred to the county DA recommended charges against the WEC for being a party to the crimes of illegal receipt of ballots and the solicitation of assistance in completing the ballots.

After reviewing the referral for several months, in February Hanson announced she would not be filing criminal charges against the five WEC members because she lacked jurisdiction over the commissioners. Hanson explained in her letter announcing her decision that because the commissioners do not live in Racine County and did not issue the allegedly illegal directive doing away with SVD, she lacked the authority to prosecute the commissioners.

Hanson then exercised her prosecutorial discretion to decline to charge the Ridgewood Care Center employees, explaining that “it would be unfair for me to expect that these health care professionals would better understand the election laws in Wisconsin than the Wisconsin Election Commission.”

Following Hanson’s announcement, Luell spoke “with the four district attorneys in the home counties of the five commissioners.” “I have forwarded the materials from my files to each office and recommended charges that appear to fit the facts,” Luell told The Journal Times in an email. Those prosecutors could still file charges against the WEC members or reportedly appoint Hanson as a special prosecutor.

Racine’s Fraud Wasn’t Isolated At All

Luell’s referral to the other prosecutors concerns only the Ridgewood Care Center. But as Sheriff Schmaling stressed during his late October 2021 press conference, Racine County is just “one of 72 counties,” and “Ridgewood is one of 11 facilities within our county.”

“There are literally hundreds and hundreds of these facilities throughout the entire state of Wisconsin,” Schmaling continued: “We would be foolish to think for a moment that this integrity issue, this violation of the statute, occurred to just this small group of people at one care facility in one county in the entire state.”

Tuesday’s second interim report by Special Counsel Gableman confirms Schmaling’s intuition, establishing that the problem at Ridgewood was not isolated. Rather, “rampant fraud and abuse occurred statewide at Wisconsin’s nursing homes and other residential care facilities in relation to absentee voting at these facilities,” Gableman reported.

The illegalities seen at Ridgewood in Racine County were repeated at more than 90 other nursing homes in five counties vetted by the special counsel’s team. The fraud and abuse, Gableman concluded in his report, resulted ultimately from the unlawful acts of WEC’s members and its staff.

The special counsel stressed that, despite the clear mandates of Wisconsin law that SVDs be used at residential facilities, the WEC on June 24, 2020 “directed clerks not to send SVDs to facilities, and to instead mail ballots to voters in those facilities,” then further stated that “the regular rules for absentee voting by mail will apply to ballots sent by mail to care facility voter.” The report then detailed, as the Racine County sheriff had, how that directive constituted fraud under the Wisconsin Election Code.

Not Accidental Or Technical Errors

Further, the special counsel’s report showed that fraud found was not merely “technical” fraud but resulted in ballots cast and votes counted contrary to the intent of the nursing home residents. The “improbably high voting rates” alone creates a strong inference of fraud, but the special counsel also gathered evidence of fraud, such as suspected forgeries of residents’ signatures and situations in which the residents who “cast” a vote had been adjudicated mentally incompetent, meaning they no longer had a legal right to vote. Other residents, while not adjudicated mentally incompetent, “were unaware of their surroundings, with whom they are speaking at any given time, or what year it is.”

The special counsel’s report also condemned the WEC for attempting to justify its illegal conduct by claiming it wanted to ensure seniors were not disenfranchised during Covid. “In no way was WEC’s mandating illegal activity a ‘solution’ to ‘disenfranchisement’ and to suggest that WEC’s actions were a good faith effort at doing so ignores the facts and the law,” Gableman wrote.

To the contrary, the report continued: “It is ‘disenfranchisement’ when electors are pressured to fill out ballots they did not wish to or in a way they don’t desire or even understand. It is ‘disenfranchisement’ when ballots are illegally cast on behalf of persons who have had their right to vote taken away by the courts of this State due to their mental incompetence.”

Someone Else Voted For Her, But Who?

The report backed up these conclusions with specifics, such as the case of Resident D. Resident D lived in a facility in Brown County, Wisconsin. Her family took Resident D to vote at her assigned polling location, but when she presented herself to vote on election day, the election workers informed her she had already voted.

After questioning from her family, Resident D recalled someone at the nursing home had talked with her about voting, but she denied voting at the residential facility. Nonetheless, records from 2020 show Resident D cast an absentee ballot.

Because a ballot had already been cast in her name, Resident D was disenfranchised, and she was far from alone given the findings of the special counsel’s report. Those findings were limited because, while the special counsel’s staff “spent significant time and resources investigating the fraud and abuse that occurred at Wisconsin’s nursing homes,” the special counsel’s audit was limited in scope. To fully understand the significance of the fraud, Gableman concluded, “a state-wide, complete audit of all absentee votes from all facilities” required to use SVDs is necessary.

Well Within the Election’s Margin of Error

With about 92,000 people in Wisconsin who reside in these facilities, the failure of Wisconsin election officials “to prevent wards and incapacitated persons from voting in the 2020 Presidential election” casts “doubt on the election result,” according to the report. Those 2020 general election results showed the midwestern state breaking by 20,682 votes to Joe Biden.

Whether the state Assembly will direct Gableman to conduct a further audit of the nursing homes is unclear, but what appears clear is that Wisconsin’s Democratic Attorney General Josh Kaul is unlikely to do so, as he rejected calls by the Racine County Sheriff’s Office to launch an investigation. Instead, Kaul called the southeastern county’s investigation “a publicity stunt.”

While Democrats and their media mouthpieces will likely paint Gableman’s report in the same light, Wisconsinites might soon make them care by ousting Kaul this November when he is up for re-election. State legislators up for re-election this fall may also find that their constituents care about election integrity even if they don’t.