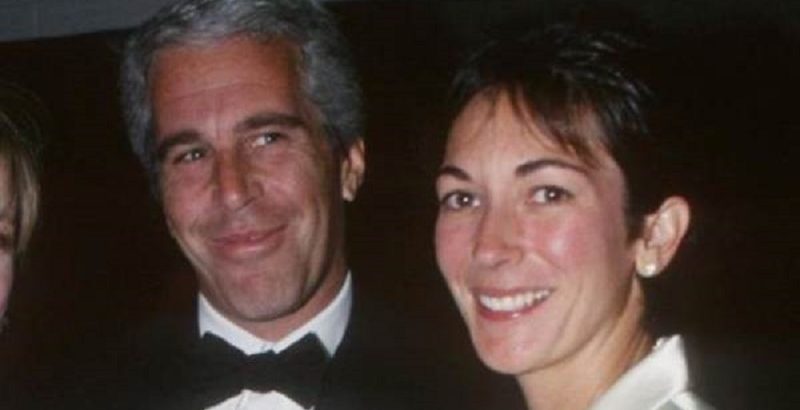 The woman who is accused of finding young girls for deceased billionaire pedophile Jeffrey Epstein is now under FBI investigation.

The British socialite dated Epstein in the 1990s, but maintained a close relationship after their split.

CNBC reported on Friday that Maxwell is a principal focus of their investigation into those who faciliated Epstein’s sex trafficking scheme.

“The FBI also is following up on many leads received from women who contacted a hotline the agency set up at its New York field office in the wake of Epstein’s arrest in July, the sources said,” CNBC reports.

Maxwell has deep connections, and was even photographed at Chelsea Clinton’s wedding in 2010. The event took place after Epstein had already been convicted for sex crimes.

She was Jeffrery Epstein’s pimp, groomer, fixer, confidante, and enforcer for two decades.

Maxwell is accused in court documents and interviews with victims of luring the young girls to Epstein, her former boyfriend.

Virginia Roberts claims to have been Epstein’s sex slave and “handed off” to give sexual gratification to his powerful friends, including Prince Andrew three times. She says that she met the former president twice with Epstein, but that she was never “lent out” to him. She says that she was recruited for the abuse by Maxwell herself, when she was just 16-years-old.

“I’d have been about 17 at the time,” Roberts recalled to the Daily Mail. “I flew to the Caribbean with Jeffrey and then Ghislaine Maxwell went to pick up Bill in a huge black helicopter that Jeffrey had bought her.”

“I only ever met Bill twice but Jeffrey had told me that they were good friends,” Roberts continued. “I asked, ‘How come?’ and he laughed and said, ‘He owes me some favours.’ Maybe he was just joking but it constantly surprised me that people with as much to lose as Bill and [Prince] Andrew weren’t more careful.”

Epstein and Clinton were such close friends that Epstein had 21 phone numbers for former-President Clinton in his contacts book.

The Daily Mail reports that Maxwell was initially served with a subpoena in September 2009, as she was leaving the Clinton Global Initiatives Conference in New York — but she has never been charged for her role in the alleged trafficking.

Maxwell was named in the Florida case against Epstein as his “madam” and “sex trafficker,” but he was given a sweetheart deal and only served 13-months while being allowed out on work release to his office six days a week — despite the mountain of evidence of his egregious crimes.