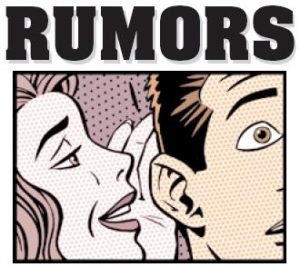 The Rumors are Flying!

The following series of reports are meant to provide straight facts with proven sources for your review on the following subject matter.
Provided next  here are the Agenda Series and Bullet Points coming up for research and discussion. After the Agenda, we will start with answers to Part 1 below.
New Report in the Series Will Arrive Each Day!

Part 2 in our Rumor Squashing Series:

Part 3 in our Rumor Squashing Series:

Part 4 in our Rumor Squashing Series:

We also created YouTube videos to give answers.  Leonard Bacani and I are obvious  novices with  video, (no frills, bells or whistles)… but we are learning. Remember we are coming from a “Grass Roots Movement”. A number of people are volunteering to help us create better footage because of sheer exasperation. LOL!  We ARE trying and should get better with time.
Otherwise you can continue reading BELOW for the same information starting with Part 1…

PART 1 OF THE RUMOR SQUASHING SERIES:

TUNE IN TOMORROW FOR: Part 2 in our Rumor Squashing Series: