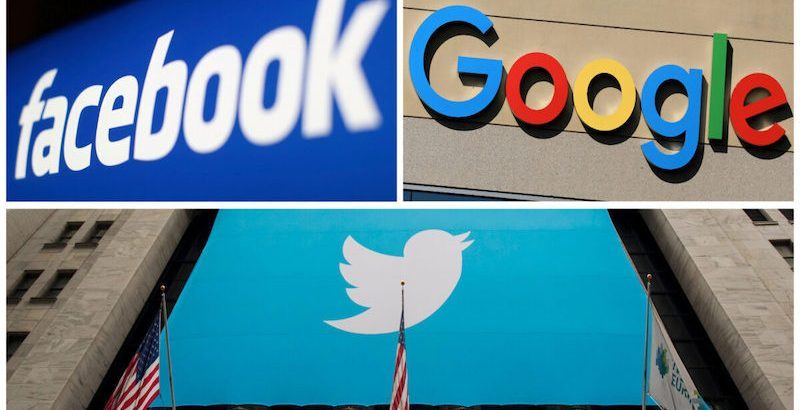 Thousands of Patriots have felt the sting of discrimination when social media giants silenced their ability to openly discuss political views on these platforms.  Now Patriots are pushing back.

Governors DeSantis (FL) and Abbott (TX) have had enough. They are working on behalf of the people who voted them into office and will do all they can to restore our rightful freedom of speech online.

Texas Gov. Greg Abbott said on Sunday that he was working on a bill with legislators in his state to prevent big tech companies taking action to moderate user content based on their political viewpoint.

His announcement follows Florida’s move to pass legislation that would penalize social media companies that de-platform candidates during an election. The proposed law would fine companies $100,000 a day until the candidate’s access to the platform is restored.

Florida will also require companies who promote a candidate to record such endorsements as a political campaign contribution at the state’s election commission.

Several states are taking steps to protect the free flow of speech and prevent Silicon Valley companies from using their monopoly to police speech that they do not agree with. These companies have repeatedly been scrutinized for their perceived political bias and alleged unbalanced moderation of users’ content. Critics say much of the companies’ moderation in the past year has focused on conservative speech and speech from individuals deemed supporters of former President Donald Trump.

Hughes, a Republican, told Inside Texas Politics that the bill he and Abbott intend to introduce will address any unbalanced moderation of user accounts by social media companies like Twitter and Facebook.

“Federal law does allow us to regulate these companies and so the bill we’re getting ready to file will say that if a company discriminates against you, if the platforms blocks or kicks you off based on your viewpoint, based on your politics or religion based on viewpoint discrimination, it will give you a way to get back online,” Hughes said.

On the same day, Texas Attorney General Ken Paxton also confirmed that his state will take further steps to address big tech censorship, adding that the state has already started by filing an anti-trust lawsuit against Google in December.

“I am so encouraged with what he’s doing in Florida. Thank you Gov. [Ron] DeSantis for doing that,” Paxton told Fox News’ Sunday Morning Futures.“We have already started. We have a lawsuit against Google that focuses some of the very issues about their dominance, about how they abuse consumers, about how they take their private information, they don’t pay these consumers and they then use that information to make billions of dollars without the consumer really knowing how their private information is going to be used.”

“So yes, I think you’re going to see more from my state in the coming months and coming years because if we don’t do something now, it’s maybe too late and these companies will have such dominance and so much money,” he added.

Paxton took the lead in filing that multi-state lawsuit against Google, alleging that the technology behemoth had violated multiple federal and state antitrust and consumer protection laws. The lawsuit accused Google of engaging in false, misleading, and deceptive acts while the company was selling, buying, and auctioning online-display ads.

Trump and his Justice Department have repeatedly urged Congress to roll back liability protections under Section 230 of the Communications Decency Act for companies that have engaged in censoring or political conduct. They have accused the companies of acting as publishers rather than online platforms when they engage in targeted moderation of user content. Protections under section 230 is not intended to be used to protect publishers.

Meanwhile, the push to remove Section 230 protections have received push back from technology groups.