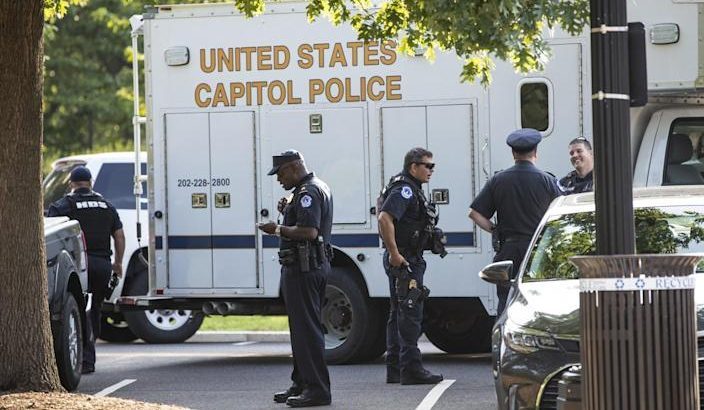 “The USCP has enhanced our staffing within our Dignitary Protection Division as well as coordinated for enhanced security for Members of Congress outside of the National Capital Region,” Pittman’s statement read. “The Department is also in the process of opening Regional Field Offices in California and Florida with additional regions in the near future to investigate threats to Members of Congress.”

The chief’s statement comes in response to the breach of the United States Capitol on January 6.

“It has been six months since rioters attacked the United States Capitol and our brave police officers and law enforcement partners who fought valiantly to protect elected leaders and the democratic process,” Pittman stated. “We will never forget USCP Officers Brian Sicknick and Howie Liebengood, who died after the attack, nor the sacrifices of the nearly 150 law enforcement officers who were injured.”

Liebengood was one of two USCP officers who died of apparent suicides after the Jan. 6 incident. In March, his widow Serena Liebengood called on Pittman to consider his death as having been “in the line of duty” ABC News reported.

Pittman said the USCP has been working “around the clock” to improve security at the Capitol Complex and “pivot towards an intelligence-based protective agency.”

“The new USCP field offices will be in the Tampa and San Francisco areas. At this time, Florida and California are where the majority of our potential threats are,” the agency said to The News Service of Florida in an email Tuesday.

“A regional approach to investigating and prosecuting threats against members is important, so we will be working closely with the U.S. Attorney’s Offices in those locations. More field offices will be opening in the future,” the email continued.

In May, Capitol Police said in a statement that threats against lawmakers have increased 107 percent since 2020. The agency has dealt with more than 200 threat cases between January and March 2021, compared to 586 for the entirety of 2020 and 171 in 2017, CBS News reported.

The expansion of the USCP into nationwide offices has raised concerns, given that the agency is not subjected to typical methods of public accountability. A report from Roll Call last summer noted that the USCP is currently exempt from the Freedom of Information Act (FOIA) because it is part of the legislative branch, giving it a level of secrecy and a lack of established accountability methods that aren’t the case for other law enforcement agencies.

“Congress is not subject to the law, and the Capitol Police, as a component of the legislative branch, is also exempt from any FOIA request,” the report stated.