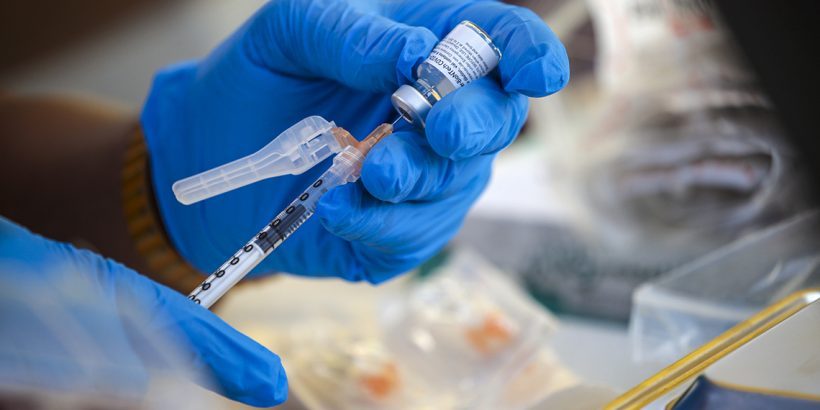 More and more businesses in recent days have walked back previous rules mandating COVID-19 vaccine as a condition for employment in a bid to keep workers.

Earlier this week, Amtrak—a quasi-public corporation—became the latest to rescind its vaccine requirement amid concerns about staff shortages and cut service in January. In a memo sent to staff that was obtained by The Epoch Times, Amtrak CEO William Flynn said the company would do away with the mandate that would have given employees until Jan. 4 to get fully vaccinated or go on unpaid leave.

About 500 out of more than 17,000 Amtrak workers remain unvaccinated, according to the memo. Still, the sudden loss of that many workers would have caused service disruptions, Flynn suggested, while noting that Amtrak was acting in accordance with recent court orders handed down against President Joe Biden’s sweeping vaccine mandates.

Several hospitals and healthcare systems have similarly rescinded vaccine mandates for employees and cited labor issues that were triggered by the new requirements. In early December, Florida’s AdventHealth announced the end of its vaccine requirement for some 83,000 workers, also citing the several recent court injunctions against federal mandates.

“Due to recent decisions by the federal courts to block the [Centers for Medicare & Medicaid Services] vaccine mandate, we are suspending all vaccination requirements of our COVID-19 vaccination policy,” AdventHealth Chief Clinical Officer Neil Finkler said in a letter to staff. The move came after the Centers for Medicare & Medicaid Services confirmed to The Epoch Times that the agency suspended enforcement following two court orders several weeks ago.

Tenet Healthcare, HCA Healthcare, and Cleveland Clinic recently announced they are pulling back as well, citing labor concerns. Along with AdventHealth, the three healthcare companies operate a combined 300 hospitals and have more than 500,000 workers.

They cited recent court orders that blocked Centers for Medicare & Medicaid Services from enforcing its mandate on Medicare- and Medicaid-funded medical facilities. The rule was announced by Biden on the same day that he confirmed that he would impose mandates on federal government employees, businesses who have contracts with the federal government, and, most controversially, businesses that have 100 or more workers.

The mandate for private businesses, slated to be enforced by the Occupational Safety and Health Administration (OSHA), was paused by the agency last month following a scathing ruling that was issued by a panel of judges on the U.S. Fifth Circuit Court of Appeals. At the time, OSHA said it remained confident that the federal government would ultimately prevail in court.

“We have seen some anecdotal reports of hospitals that have paused or rolled back their vaccine mandates in light of the legal process that is currently playing out,” the American Hospital Association said in a statement to The Washington Post about the recent hospital decisions on vaccine requirements.

But the organization said that it does “not think most hospitals are changing their mandates, but some may be choosing to mandate weekly testing or other mitigating strategies for unvaccinated workers instead,” while “some have also decided to no longer terminate unvaccinated staff.”

Earlier this week, the Los Angeles Unified School District board, for different reasons, voted overwhelmingly in favor of postponing its student vaccine requirement from January 2022 until the fall of 2022 after tens of thousands of students reportedly would not comply—meaning that they would not be able to attend in-person classes.

Huntington Ingalls Industries, the largest naval shipbuilder in the United States, announced it won’t enforce the Biden administration’s federal contractor mandate. The company had told its 44,000 workers that it was not contractually obligated to comply, although a federal judge in Georgia later blocked the mandate.

The University of Iowa also recently pulled its vaccine directive for staff working on federal contracts from its website following a federal judge’s order last month. University of Iowa Faculty Senate President Teresa Marshall said on Dec. 7 that the requirement was placed on hold until federal lawsuits get sorted out.