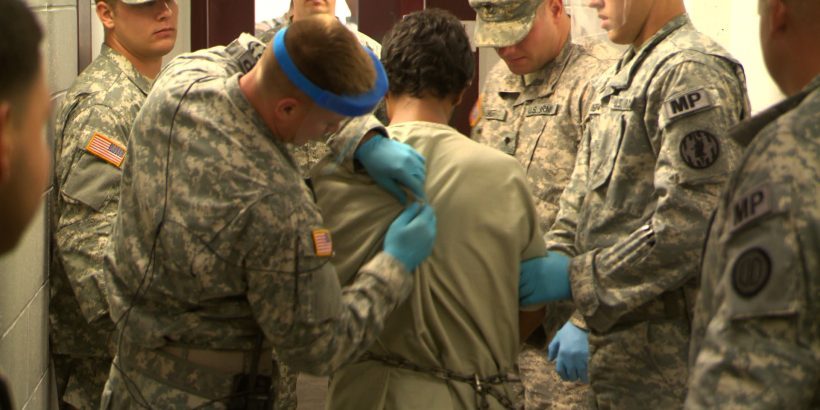 The Misinformation Being Spread About the Military Base on Guantanamo Bay Cuba has accelerated to explosive viral proportions.

Many are asking questions as to why. Who is REALLY behind all of the crazy stories of Celebrities and various Politicians being tried at GTMO?

I am glad people are finally starting to ask questions about many narratives being reported by various factions. That’s great! It’s a beginning to actually finding out truth… no matter what it may be.

But understand the truth may not be comfortable. Especially if you find out a narrative has been fed to you by some proverbial “truthers” for the sole purpose of hiding what is really going on, so We the People won’t start DEMANDING accountability.

The only answer is to shut off unverified information that doesn’t contain source and proof we can fact check ourselves.

There are obviously those who are spoonfeeding us information who do not have our best interest in mind. Maybe we should be asking if there is there another agenda behind all of it.

WHY is lawlessness allowed to continue and many who took the Oath of Office are blithely standing by doing nothing?

Attempts to “defund the police”?

The Rule of Law is sadly lacking and attempts to circumvent our US Constitution is rampant.

What would happen to false narratives if We the People educated ourselves about our Rights, Laws, and US Constitution?

One of our C-VINE Members just asked a great question today. She asked; “If no American Citizens are being detained, tried or prosecuted in GTMO… where ARE they being tried?”

This was my answer…

“I don’t know, because no definitive proof has been demonstrated for any of these reports. Everything at this point is conjecture, rumor, drama and dizzying chaos.

All I DO KNOW, is where any American Citizens are NOT. And they are NOT at GTMO.

American Citizens CANNOT be detained, tried, prosecuted or even executed at GTMO as has been alleged by some.

It is obviously going to be up to “We the People” to start using critical thinking and find out.

And IF We the People find out lawless individuals are roaming free without being investigated, facing charges or handed indictments… we need to look at WHY. Who would stand to benefit?

Most importantly since we are on the subject of GTMO… let’s look at WHY the KSM et al 9/11 PRE-TRIALS are STILL going on over 20 years after the 2001 terror attacks. To make matters worse, they STILL haven’t even BEGUN the Tribunals. Shouldn’t that be the elephant in the room you take notice of? Shouldn’t you be asking questions and demanding answers?

I know all the excuses, reasons and narrative explanations as to why “they” say, these pre-trials have lasted so long. Over 20 years of very good reasons and verifiable excuses. An incredible collage of happenstance coincidences.

“At what point do a series of coincidences become mathematically impossible?”

The attorneys for the 9/11 victims and family members have been fighting since 2012 to force the release of the Saudi Official’s name that remains redacted by the CIA and FBI… This very high up individual is the REAL purported orchestrator of 9/11. Why isn’t he in GTMO or information released?

Shouldn’t we be demanding why this is being with held?

Do you not understand that if the REAL TRUTH of 9/11 came out… corrupt domino’s would fall in tandem around the world?”

Continue to question everything with critical thinking and demanding proof of narratives you can fact check.

Anything else is just entertainment or diversions.

I think we have been kept in the dark long enough.