Former President Trump opened up the KSM et al 9/11 proceedings from GTMO to the public for transparency.

“I personally believe it was because Trump wanted us to learn what has really been transpiring”.

C-VINE Volunteers attended most of the proceedings.

Victims and Family members of 9/11, have been fighting for years to have classified information released from our government, who have possession of taped phone calls from surveillance of planning the terror attack.  Surveillance tapes began 6 months before the attacks took place, and the government was aware of all the details before they happened. A linguist (and witness) identified names.

The Saudi Official’s name was redacted in a 2012 Federal Court proceeding that could very well be the true mastermind behind the 9/11 attacks.

When the 9/11 victims and family members were repeatedly unsuccessful in having the Saudi Official name declassified, it then moved up the chain to Attorney General Barr.
Barr had the deadline of September 10, 2019 to make the decision for declassification.
He basically played two ends against the middle IMHO.  Barr did declassify the information but placed it under seal and not to be opened until an appointed time.  It was then given to the victim/family  member’s attorney, 9/11 Defense council, and the legal council for the Saudi Official.
The family members are now appealing to President Biden to have the information released.  Biden has since stated he may release “some” of it.
In the past, there was a proverbial leak from MSM about a Saudi Official name, but the name basically was a very small man on the totem pole ~ UNLESS a deeper dive is taken as to who HE was taking his orders from.
As a side note… in 2001, Crown Prince bin al Waleed Talal was in charge of Saudi at that time, but lost his Crown Prince status to Prince Salman in 2017.
In 2017… al Waleed was placed under house arrest along with a multitude of other Saudi royalty, officials and businessmen in the gilded cage of the Ritz Carlton Hotel for corruption.
I bring this up to suggest connecting the dots.
You may view ALL the GTMO Activity on the Office of Military Commissions website HERE.https://www.mc.mil/home.aspx 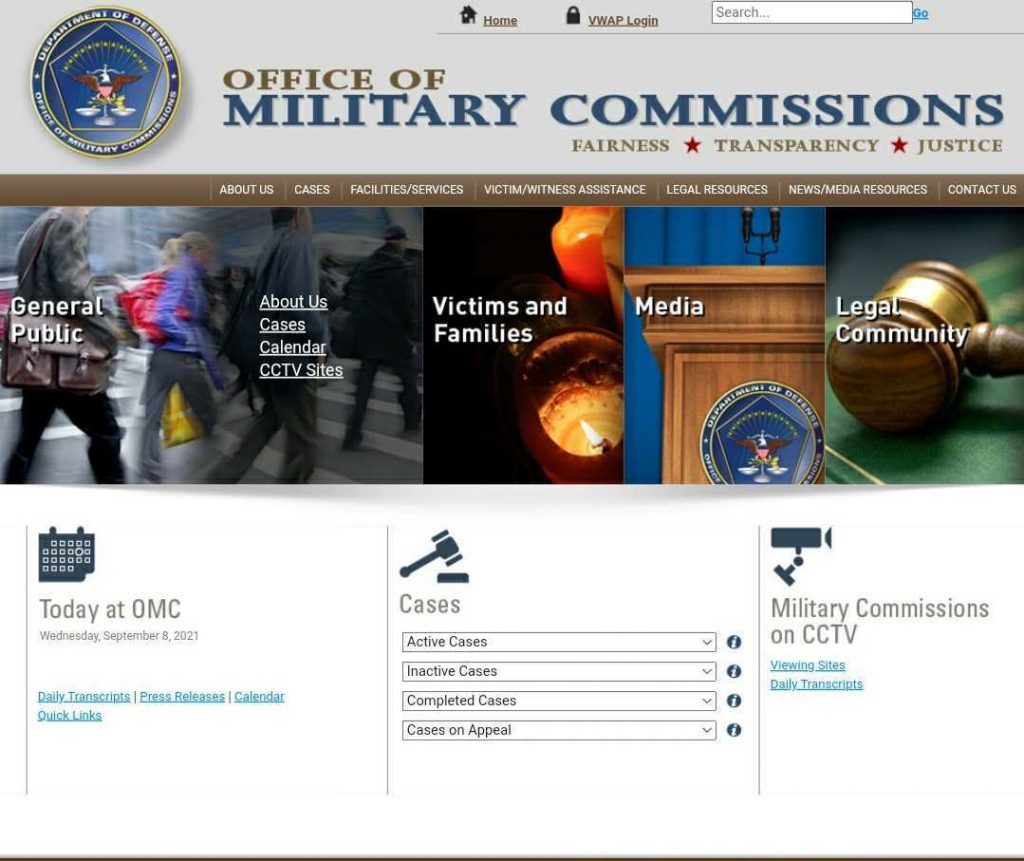 Why haven’t the KSM et al Pre-trials Gone to Tribunal Yet? Following is a 20 Year Timeline of Events: 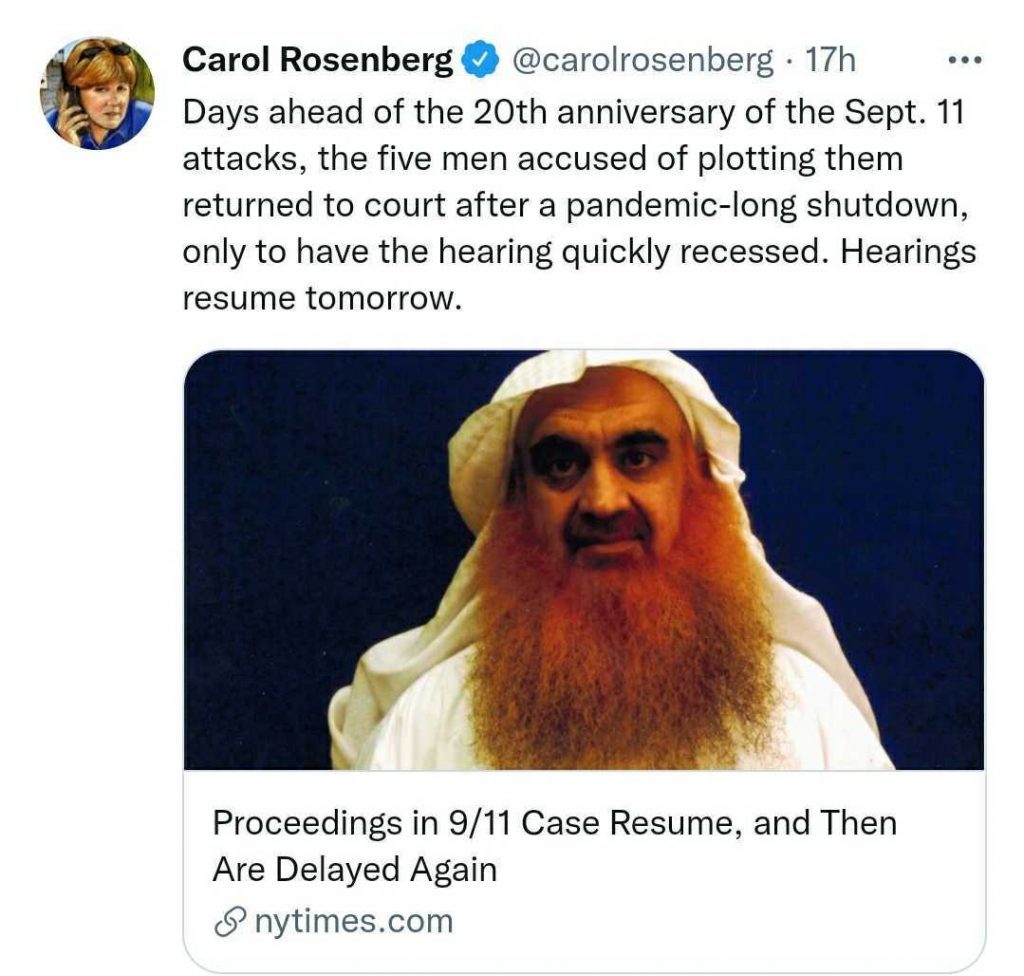 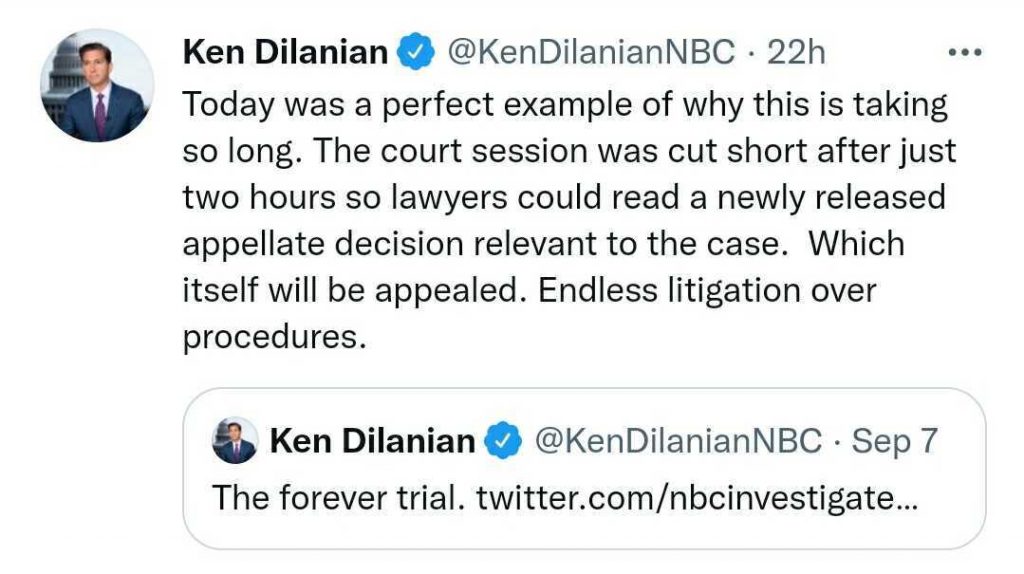 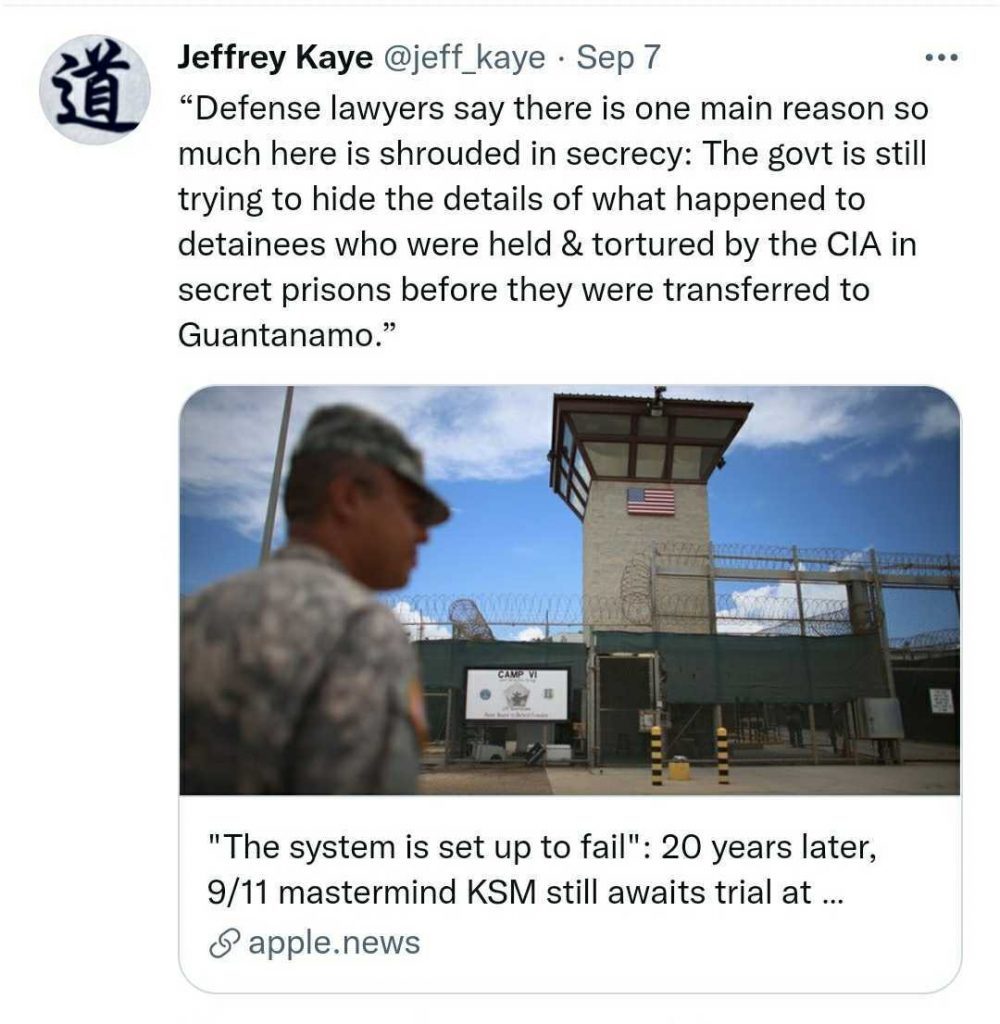 September 6th of this year, is the first day of Rosh Hashanah and then culminates with Yom Kippur which ends on September 16th. The last day of the trial is September 17th. Rosh Hashanah, the Jewish New Year, is one of Judaism’s holiest days. … Rosh Hashanah commemorates the creation of the world and marks the beginning of the Days of Awe, a 10-day period of introspection and repentance that culminates in the Yom Kippur holiday, also known as the Day of Atonement.

Are you paying close attention to everything I just said???

Going on, in and through the 20th 9/11 anniversary
Sept. 6th – Sept. 17th
During days of Rosh Hashanah & Yom Kippur
Last day of trial… #17.
High holy days of introspection & Repentance.