Trump and AG Bill Barr have been working on numerous investigations. Antifa leaders were tracked and captured.  Trump has cut off their finances. He put strong regulations in place along the border. Twenty-one MS-13 leaders have been arrested and charged for terrorism. This is a first!  They will face the death penalty. Trump has gone after the leaders and the DS is panicked.

Poppy fields are indeed a sight to behold.  In Afghanistan, they were planted, harvested, used and sold as drugs. Recently, Trump cut off the entire supply. Who was in charge of these fields? This demand goes back many, many years. We know Bush-41 had a nickname; Poppy. Was he a part of this corruption?

President Trump banned the CCP and their families from immigrations while also revoking all their real estate in the United States. He also blocked the assets of anyone directly or indirectly associated with them, including schools, businesses, the NBA, Joe Biden, Clinton, etc. Trump is about Law & Order.

Kanye West’s presidential bid was short lived. July 5th, 2020, he announced he was running for President as a Republican, against Trump. 11 days later, he has bowed out of the race. Why did he bow out so soon?

Trump is trying to restore America. He is planning to write an Executive Order for DACA.  Eight years ago, Obama bypassed Congress and wrote an EO for DACA; to keep illegal alien children from being deported back to their country. Trump took this to the Supreme Court and they supported Obama’s executive order. Because of this, it gave power to Trump to use an EO to modify DACA. He also wants to keep illegal alien children from being deported, so he created a blueprint for the (DACA) kids on how they can become legal citizens. He loves and welcomes our legal immigrants.

Tommy Tuberville won the election for Alabama Senate against Jeff Sessions. Trump has been very outspoken against Session and fully endorsed Tuberville. We are repeatedly told to ‘trust Sessions.’ Could Sessions be taking a public hit for the common good of We-The-People? It looks like this might be the case.

Cuomo is being investigated for forcing COVID patients into nursing homes. He in turn is blaming Trump. Even the democrats know what he did. That is why there is an investigation underway. 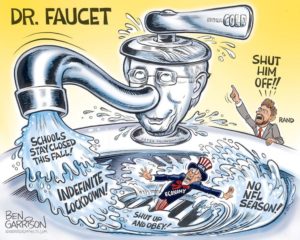 Dr. Fauci’s agenda appears to be very different than the one he’s been saying in front of the cameras. He told a recent news reporter that the Covid virus has the potential to be like the 1918 pandemic. Trump has been saying this pandemic is much like the 1918 Spanish Flu epidemic. Why?

In 1918 when the Spanish Flu was rampant, the people were told to wear a mask. They were told if they wore masks they would stop the spread of the virus. Did the masks work? No.. just like today’s masks. Virus particles are much smaller than mask fibers. We are being lied to and being kept in fear in order to keep everything in lockdown.

Trump, being aware of manipulated COVID numbers, has recently set new guidelines. July 15, 2020, marked the date hospitals began bypassing the CDC. They are to send all COVID-19 test results directly to Washington D.C. Trump is taking back control and is not allowing the CDC to toy with the American people anymore. 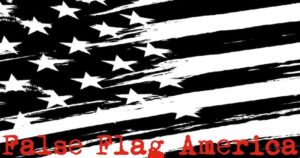 Ghislaine Maxwell has it all. Hollywood is panicking. Patriots know who went to Jeffrey Epstein’s Island. Why would the DS have inmates released? Why would they push masks? Think connection.

The DS may be planning a very large false flag event, perhaps the end of August. California is set to release between 8,000 and 18,000 convicted inmates into the community.  We are at war.