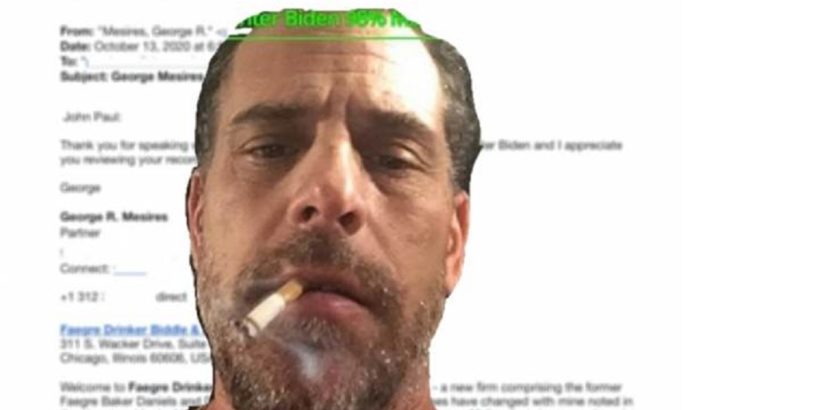 Patrick Ho, a Hong Kong national, was suspected of being a covert agent for the Chinese government and was previously under FISA surveillance.

Ho was charged with money laundering in connection with CEFC contracts in Africa in 2017, according to court documents.

Recall, in an audio recording released by The National Pulse on Tuesday, Hunter Biden is heard describing Patrick Ho as his business partner and the ‘f*cking spy chief of China.’

Hunter Biden is heard complaining about his business partner Devon Archer naming him and Joe Biden as witnesses in a criminal case in the Southern District of New York without even notifying him.

The “purpose of” the transfer per Jim Biden was for “Dr. Patrick Ho Chi Ping representation.”

Owasco LLC, the beneficiary according to Jim Biden, per the U.S. Senate report on Hunter Biden’s business dealings describes the law firm’s “executing officer and governor as Robert Hunter Biden.”

Photo of the email via The National Pulse EIC Raheem Kassam:

Hunter Biden associate and whistleblower Tony Bobulinski sat down for an interview with Tucker Carlson which aired Tuesday evening.

Tony Bobulinski is the CEO of Sinohawk Holdings which was a partnership between the Chinese operating through CEFC/Chairman Ye and the Biden family.

Bobulinski told Tucker Carlson that he asked Jim Biden specifically, “How are you guys getting away with this? Aren’t you concerned?”

Bobulinski said Jim Biden looked at him and laughed and said, “plausible deniability.”

Of course that smug remark from Jim Biden came before emails from Hunter Biden’s laptop from hell were released.