Red-Pilled Liberals Are Waking Up To A Nightmare 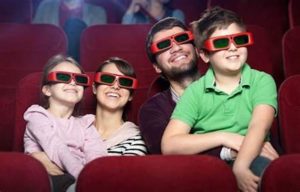 The Deep State keeps pushing the narrative that everything has changed and nothing will be as it was. No more sporting events, movies, gatherings of any kind; forced vaccinations and tracking chips will demand the population into servitude. Convincing us to embrace our new lifestyle allows the DS to stay in power.

This shut-down is exposing certain mayors and governors. Keeping a state on lock-down beyond what’s reasonable, is overreach. Is your Governor overreaching?

Gov. Newsom is closing California’s beaches, and residents are furious. Red-pilled liberals are waking up to the nightmare, of being lied to by the media. It’s not about Republicans vs Democrats anymore, but who is controlling us.

Why is the media explaining stories away regarding Gen. Flynn, Biden, Tara Reade?  Through research, people are finding very different stories than what the MSM is reporting. What are they hiding?

Flynn was set-up in an operation called, ‘Operation Razor.’   Patriots have the original hand-written memos confirming this was a planned take-down.  Part of it reads, “What is our goal? Truth/Admission or to get him to lie, so we can prosecute [Flynn or get him fired?]” He was spied upon with illegal FISA warrants which are now being scrutinized by the White Hats.

Trump signed another EO which orders the Reserve of the Armed Forces to Active Duty. Flynn’s exoneration is the beginning of it all. Once he is exonerated, a cascade of declassified information will terrify the DS.  Is this why he ordered the Armed Forces to active duty?

A video of two doctors explaining their opinion of this shutdown, has been censored and removed by social media platforms. Why? People want truth. This video is on the homepage of X22Report.com. Find out what the media doesn’t want you to know.

All of the DS’s events to take down President Trump, have failed. Now they are going after our food supply saying there isn’t enough meat. President Trump, always steps ahead, signed an Executive Order through the Defense Production Act, which compels US meat companies to reopen.

The President signed a proclamation stating May 1, 2020 as Law Day.  He asks all Americans to reflect upon the importance of the rule of law in our nation and fly an American flag. He is also asking MSM to promote and participate in the observance of this day.  Does this mean Flynn will be exonerated on this day? Will the media cover it?

The MSM is no longer in control. Trump brought attention to their false reporting, and is setting them up for another class action lawsuit. Nick Sandmann, the young man defamed by the MSM, sued and won a settlement of 275 million dollars! That sure would buy a lot of MAGA hats!  Once Flynn is exonerated, he and others can go after the corrupt MSM. If Nick can win, no doubt, Flynn will win!