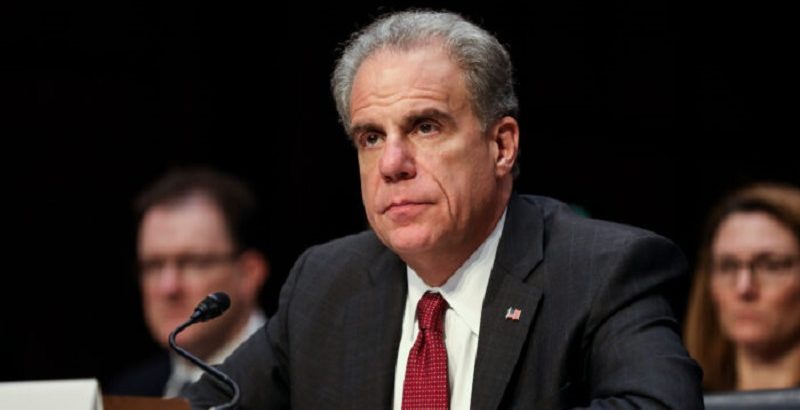 ‘We also did not receive satisfactory explanations for the errors’

Department of Justice Inspector General Michael Horowitz on Wednesday left the door open to the possibility that political bias played a role when FBI officials launched a probe—codenamed Crossfire Hurricane—into a Trump campaign aide in 2016.

Sen. Ron Johnson (R-Wis.), the head of the Senate Homeland Security Committee, questioned Horowitz about his probe into the FBI’s FISA application to surveil former Trump campaign aide Carter Page for as long as a year.

Johnson noted that Horowitz’s report found that Bill Priestap, the former FBI assistant director of counterintelligence, didn’t show any political bias when he opened the investigation. He said Horowitz, however, found evidence of political bias during his yearslong investigation.

“We found through the text messages evidence of people’s political bias, correct,” the inspector general told the panel.

Earlier this month, Horowitz’s office revealed 17 “significant errors and omissions” and the concealment of information from the FISA court while using allegations from the controversial unverified dossier created by former UK spy Christopher Steele to use against Page. Steele worked for Fusion GPS, a firm hired by the Hillary Clinton campaign in 2016.

Sen. Josh Hawley (R-Mo.) asked him whether there was any evidence of political bias that factored into the investigation.

“I think the scope here is what really alarms me,” Hawley remarked. “The number of people involved directly involved at the FBI, the repeated decisions to mislead, outright lie to the FISA court, and the total implausibility that the explanations these people offered you, again, maybe they’re incompetent or maybe they had an agenda here.”

Then he asked, “Was it your conclusion that political bias did not affect any part of the Page investigation, any part of Crossfire Hurricane?”

“We did not reach that conclusion,” Horowitz told him. He added, “We have been very careful in connection with the FISA for the reasons you mentioned to not reach that conclusion, in part, as we’ve talked about earlier: the alteration of the email, the text messages associated with the individual who did that, and then our inability to explain or understand or get good explanations so we could understand why this all happened.”

The senator then claimed there are two possibilities: Either these FBI officials were incompetent or they had an agenda.

“And having an agenda—I don’t care what word you put in front of it—political agenda, personal agenda, but whatever it is, it is antithetical to democracy,” Hawley said.

Hawley also asked Horowitz why so many errors could have occurred during the launch of Crossfire Hurricane.

“Were they just all incompetent?” he asked before adding, “it doesn’t sound like they’re very stupid to me.”

“That was precisely the concern we had,” Horowitz said. The inspector general made clear that he did not reach any conclusions regarding intent, but he did not necessarily accept the reasons people gave him during his investigation.

His investigation revealed “many errors,” but he couldn’t make a conclusion about what motivated their failures.

“We did not credit what we lay out here were the explanations we got,” Horowitz told the panel, adding that “although we did not find documentary or testimonial evidence of intentional misconduct, we also did not receive satisfactory explanations for the errors or the missing information and the failures that occurred.”