Looks Like The Patriots Know More Than We Realize 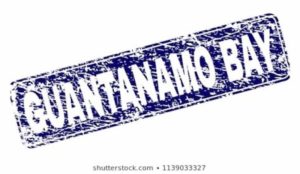 These rioters are the ARMY of the Deep State. The protesters are pushed aside and the DS Army takes over. Who are they? Where did they come from? Who is their commander?

Whoever they all are, we know they are not finished. Their end game is to win and right now, they are losing and they know it but will continue to fight, anyway.

While this is going on, the Patriots have been investigating and mapping Antifa. They have been following them, looking for players, and the hierarchy of it. In order to stop them the funding must stop. Indictments are already prepared. Arrests are imminent. Who will be the first arrest? Soros? Obama? Comey? Soros seems to be the funding director of Antifa.  Looks like the Patriots know more than we realize.

Governor Roy Cooper of North Carolina has not opened his state from the Covid quarantine. The GOP Convention was supposed to be in Charlotte but the governor refuses to open his state. Now, the media has spun the truth saying President Trump doesn’t want to go there and wants to relocate. This is not the truth. Trump wants to have the GOP Convention there saying it would bring in a tremendous amount of revenue, but is being forced to look elsewhere for a willing venue. The Deep State is working overtime trying to shut the GOP down.

The pandemic is magically disappearing. The marches, protests, marches and riots have taken over the airwaves. The Deep State will try their 2nd wave of the pandemic. Will it work? Not at all, the people are ready to fight back. Our very lives depend on it.

The media, during the presser, tried to push the idea the police were acting violently on the protesters. The rioters were warned 3 times to back up. They had bricks and iced water bottles, they had bats and clubs as weapons, against the police. It was at this time the police launched smoke bombs, NOT tear gas. Again, the media lied.

The police have every right to protect themselves against threats. 45 police officers have been killed so far. Where is the outrage for these innocent protectors? For one killing, we are seeing multiple killings. The DS/Media does not care. On social media we are seeing the truth. The media continues to lie. They continue to be the enemy of the people.

Why did the Shadow President give a speech today? Will he continue leading the charge of the Deep State? It seems he has stepped out of the shadows but did Obama ever really step down?

Trump and his administration are taking down the deep state. He is well insulated and surrounded by the military. After Trump is re-elected, the DS won’t have protection anymore. Arrests will be happening soon.