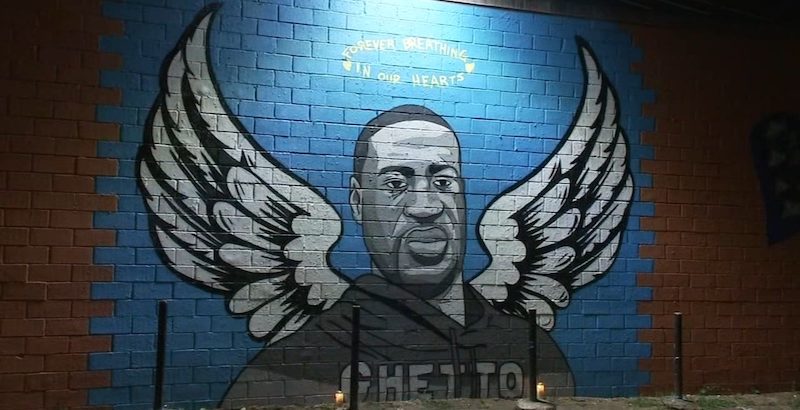 Peaceful Protests, Marches Are Protected Under the Constitution. Riots, Mayhem Is Criminal 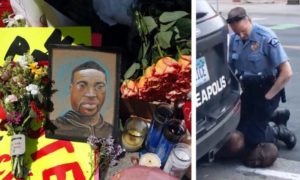 Watching the video (<Click for Video) begs this question. “Is even a second-degree charge enough?” What do you think?

The Minnesota Attorney General’s Office revealed upgraded charges against Derek Chauvin, the former Minneapolis officer who knelt on George Floyd’s neck, and is expected to add new charges to three other officers who were on the scene.

Minnesota Attorney General Keith Ellison announced on Wednesday that Chauvin will face second-degree murder charges, and three other officers were charged with aiding and abetting his murder.

It came after Sen. Amy Klobuchar (D-Minn.) wrote on Twitter that “this is another important step for justice.”

Following Floyd’s death, the four officers were fired from the police force and Chauvin was charged with third-degree murder. However, the charges did little to quell sometimes violent protests, rioting, arson incidents, and looting across U.S. cities over the past week.

Officers Thomas Lane and J.A. Keung, who helped restrain Floyd, and Tou Thao, another officer who stood nearby, were not initially charged in the case.

County and private autopsies determined that Floyd died by homicide. After firing the officers, Minneapolis Police chief Medaria Arradondo said they were complicit in the man’s death, while Floyd’s family and protesters called on them to be arrested and convicted.

An attorney for Floyd’s family, Benjamin Crump, wrote on Twitter that the family is grateful for the new charges.

“FAMILY REACTION: This is a bittersweet moment. We are deeply gratified that (Ellison) took decisive action, arresting & charging ALL the officers involved in #GeorgeFloyd’s death & upgrading the charge against Derek Chauvin to felony second-degree murder,” he wrote.

Under Minnesota law, second-degree murder is defined as when a person causes the death of another person with intent without premeditation.

Ellison was appointed by Minnesota Gov. Tim Walz to take over the case on Sunday, and at the time, he said he expected the charges to be upgraded.

“We are moving as expeditiously, quickly, and effectively as we can,” he told reporters. “But I need to protect this prosecution. I am not going to create a situation where somebody can say this was a rush to judgment.”

Attorney Earl Gray, who represents Lane, told The Associated Press that the report “is accurate” before ending the call. Before news of the upgraded charges, an attorney for Chauvin said he was not making any statements at this time. Attorneys for Thao and Kueng did not return messages seeking comment on the charges.

The Fraternal Order of Police denounced the manner of Floyd’s arrest and killing last week.

“I do not believe this incident should be allowed to define our profession or the Minneapolis Police Department, but there is no doubt that this incident has diminished the trust and respect our communities have for the men and women of law enforcement,” Fraternal Order of Police President Patrick Yoes said in a statement at the time.

“Based on the by-stander’s video from this incident, we witnessed a man in distress pleading for help,” Yoes said. “The fact that he was a suspect in custody is immaterial—police officers should at all times render aid to those who need it. Police officers need to treat all of our citizens with respect and understanding and should be held to the very highest standards for their conduct.”