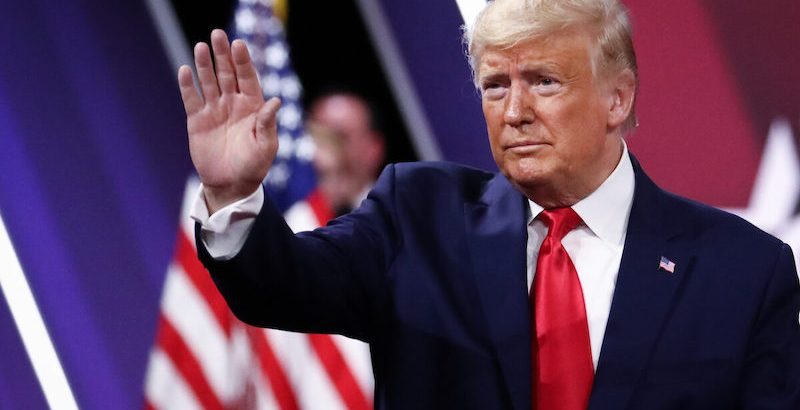 Former President Donald Trump will set up his own social media platform and will return to posting online in two to three months, said his adviser and spokesman, Jason Miller, in a new interview.

For years, Trump favored Twitter and had amassed nearly 90 million followers before the social media platform suspended him in January. Facebook, YouTube, Twitch, Snapchat, and others also moved to suspend the former president—and at the same time, Trump hasn’t indicated that he would use other social media websites favored by conservatives such as Gab, MeWe, or Parler.

Miller told Fox News on Sunday he expects Trump will “[return] to social media in two or three months” with “his own platform” that will “completely redefine the game” and attract “tens of millions” of users.

Miller, who is Trump’s most prominent spokesman, did not elaborate on details or a possible name for the social media venture.

Since Twitter suspended his account, the former president has instead opted to release press statements via advisers and email. For the most part, he has released statements endorsing his favored political candidates for the 2022 midterm elections.

Also in the interview, Miller said that Trump still holds a considerable amount of sway in the Republican Party.

“He’s already had over 20 senators, over 50 members of Congress call … or make the pilgrimage to Mar-a-Lago,” he said. “Pay attention to Georgia on Monday,” as there is a “big endorsement coming.”

In an interview last month, Trump said he is “negotiating with a number of people, and there’s also the other option of building your own [social media] site.” He added, “Because we have more people than anybody. I mean you can literally build your own site.”

The former commander-in-chief speculated that Parler would not be able to handle the amount of traffic he would bring to the website. “Mechanically, they can’t handle” the number of users, Trump noted in the interview.

The former president provided a lengthy interview last week, saying that he’s not sure whether he will run for president again in 2024.

“First thing is for us, we have to see what we could do with the House,” Trump said. “I think we have a very good chance at taking back the House. We were going to lose 15-25 seats the last time, [until] I got involved. I worked very hard.”