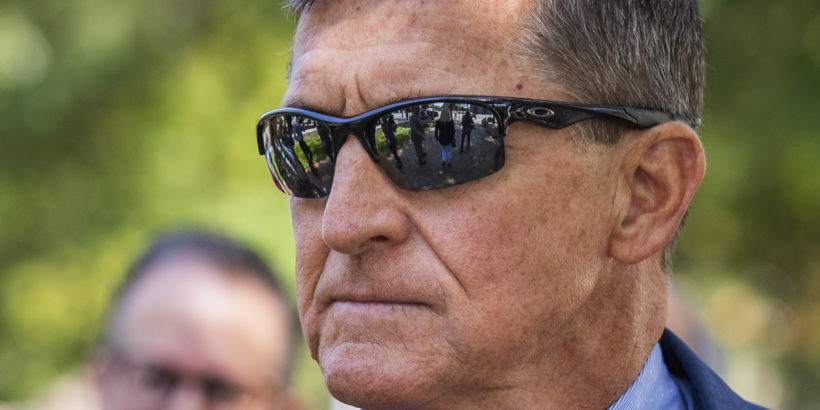 It appears that one of our most treasured Patriots may be about to make a move.  Sidney Powell is proving to be a legal thorn in the side of the corrupt agents who railroaded General Mike Flynn. 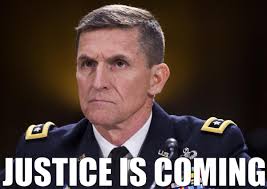 Is it possible we’re beginning a new phase of this Revolution?

There have been rumblings implying the same evidence that frees Gen Flynn might also have been used with regard to other potential criminal proceedings.  Is this why Wray may have been ‘slow-walking’? Does the Flynn development signal other cases are now ready for ‘harvest’??

Time to pop some more James Corney corn, Patriots!  This show is really getting GOOD!!

The FBI is denying that its director, Christopher Wray, and the bureau’s general counsel, Dana Boente, pushed to withhold exculpatory evidence from former Trump adviser retired Lt. Gen. Michael Flynn. Flynn’s lawyer, former federal prosecutor Sidney Powell, said in an April 24 court filing that Flynn was provided with new exculpatory evidence that “proves” he was “deliberately set up and framed by corrupt agents at the top of the FBI.”

The evidence was filed under seal and thus isn’t available to the public; Powell has asked the judge to unseal it. 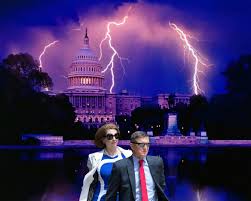 The Daily Caller reported the same day that, “Wray fought to prevent exculpatory evidence from surfacing in the case,” referring to “a source with direct knowledge of the situation.”
Also the same day, The Federalist reported that “Boente led the charge internally against DOJ’s [Department of Justice] disclosure of the new materials,” referring to “an FBI official familiar with the situation.”

The FBI declined to comment to The Epoch Times about Powell’s filing, but the bureau provided a denial regarding the allegation against Wray.“The assertion that Director Wray pushed to withhold exculpatory evidence in the Michael Flynn case is absolutely false,” said Brian Hale, assistant director of the FBI’s Office of Public Affairs, in an emailed statement.The denial also applies to the allegation against Boente, an FBI official speaking on the condition of anonymity told The Epoch Times. 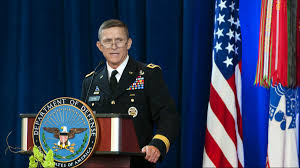 Flynn, the former head of the Defense Intelligence Agency and former national security adviser to President Donald Trump, pleaded guilty on Dec. 1, 2017, to one count of lying to FBI agents.
Jeffrey Jensen, U.S. attorney for the Eastern District of Missouri, has been reviewing the Flynn case at the direction of Attorney General William Barr since January.

The new documents “were obtained and analyzed by” Jensen in March and April, said Timothy Shea, U.S. attorney for the District of Columbia, in an April 24 email (pdf) to the defense filed with the court.  “Additional documents may be forthcoming,” he said.

The email doesn’t say the documents were provided based on the court’s previous order to give the defense exculpatory evidence. During the course of the case, there have been disagreements between the defense and the prosecutors on what is and isn’t exculpatory.
The FBI would neither confirm nor deny whether its denial referred specifically to the documents provided to Flynn on April 24.

Powell was clear that the documents contain exculpatory information.

The new evidence “defeats any argument that the [FBI] interview of Mr. Flynn on January 24, 2017, was material to any ‘investigation,’” Powell wrote. “The government (The United States of America, by and through the U.S. Attorney for the District of Columbia) has deliberately suppressed this evidence from the inception of this prosecution—knowing there was no crime by Mr. Flynn.”

The documents “show in their own handwriting and emails” that “partisan” FBI and Justice Department (DOJ) leaders “intended either to create an offense they could prosecute or at least get [Flynn] fired,” Powell said.
Flynn asked the court on Jan. 14 (pdf) to allow him to withdraw his original plea, saying the prosecutors violated the terms of the agreement. He’s also accused his former lawyers of ineffective counsel.

Prosecutors negotiated a deal with Flynn to partially give up his attorney-client privilege so that his former lawyers and the government could effectively push back against that allegation.
The former lawyers have since submitted declarations of more than 100 pages of text and more than 500 pages of partly redacted exhibits related to their representation of Flynn.

The government has been asking the judge for more time to absorb new claims and information and also in light of the CCP virus epidemic.In an April 24 status report (pdf), prosecutors asked the judge to give them until May 8 to file another report and propose a briefing schedule “if feasible.”

[Update: The article was updated to clarify that there have been disagreements between the prosecutors and the defense on what is and isn’t exculpatory.]