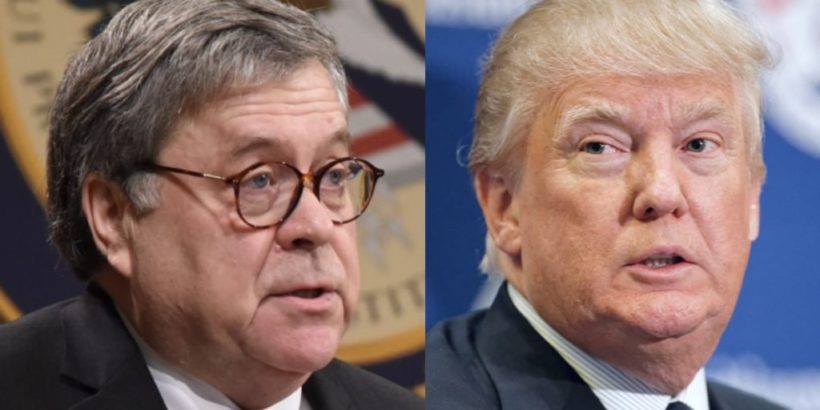 President Donald Trump met with Attorney General William Barr today in the Oval Office today. The same William Barr he gave complete authority to declassify. POTUS in top aids and COMMUNICATIONS team. What information does the President plan on communicating to the public?

Reporters snapped photos of Barr and Trump during their animated meeting in the White House.

Waiting for M1 departure, we’re watching Trump in an animated conversation inside the Oval Office w/ AG Barr & others. pic.twitter.com/n0sdG4eB0N

Earlier this week there were rumblings that the Inspector General’s report was going through the final stages before it is released.

Inspector General Horowitz has been working on the report for over a year.

There were reports late in the summer that Prosecutor John Durham’s criminal investigation was delaying the release of the IG report.

We are waiting for Trump to leave White House

Will he tell us it was a 'perfect' call? Stay tuned pic.twitter.com/7nYeVe2M7t

President Trump delayed his departure and sat down with Communications Director Stephanie Grisham, Hogan Gidley, Mulvaney and others.

Trump was supposed to depart White House at 410

But after ending his meeting with Barr and Cipollone, he just sat back down behind the Resolute Desk for a new meeting

This meeting is with Stephanie Grisham, Gidley, Mulvaney and others pic.twitter.com/5sehTC0yxF

Trump did not take questions as he departed White House, delayed by two staff meetings visible to press

I asked if he was concerned about Giuliani talking 'insurance' if he's thrown under bus. Trump only waved pic.twitter.com/cpN8xJRaUb