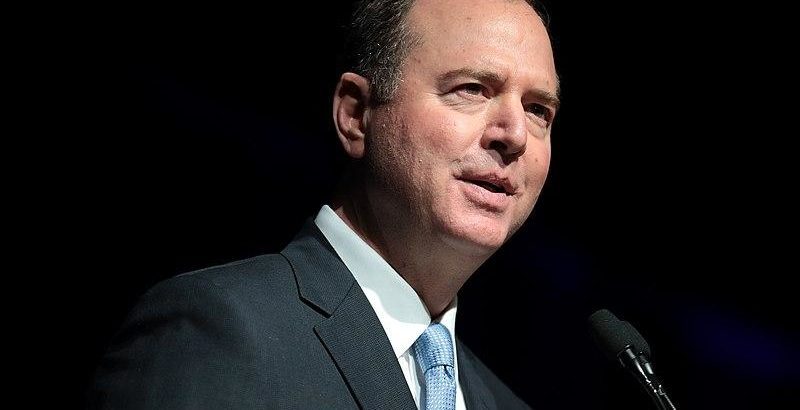 November 13, 2019
Mike Huckabee Newsletter:
Why is the whistleblower’s name so hidden?  What is Adam Schiff so afraid of?
Maybe we should start calling it the CCoup*

As we head into the farcical public “impeachment inquiry” hearings starting today, House Intel Chairman Adam Schiff is doing everything he can to keep the name of the “whistleblower” (I prefer “Democratic operative/spy”) from becoming a part of the official record, let alone from being questioned live and in-person by Republicans such as John Ratcliffe and Jim Jordan. This is in spite of the fact that EVERYONE knows who this individual is. You know it, I know it, we all know it, the American people know it.

The lawyers for this person, of the anti-Trump law firm Whistleblower Aid, are threatening anyone who exposes the name of Eric Ciaramella with punitive damages, and apparently they have intimidated a number of media outlets that might not otherwise hesitate to report Ciaramella’s name. That’s unfortunate; I think we all need to grow a spine. As Gregg Jarrett has explained, the “whistleblower” law says nothing about maintaining anonymity except to say that, under most circumstances, the intelligence community IG is not supposed to identify him.

As I have said, the Democratic operative/spy who MUST NOT BE NAMED is a man named Eric Ciaramella (pronounced “CHAR-a-mel-lah,” as in “CHAR-lie”), and his circle of friends is wide among the deep state anti-Trump D.C. crowd. As far as I know, this person has not been the target of any attempts on his life whatsoever, and I would venture to say that anyone with the courage to wear a “MAGA” hat on a college campus is much more likely to be so victimized. Charlie Martin, writing for PJ Media, lists numerous connections of this individual that were first reported by Paul Sperry of RealClearCommunications and also reiterated by me. Among other things…

–- He’s a registered Democrat, held over in his federal job from the Obama administration.

— He worked with Joe Biden on Ukraine.

— He worked for John Brennan when Brennan was head of the CIA.

— He worked for the National Security Council.

— He was transferred out of the NSC for leaking.

— He turned to Adam Schiff (and/or staff) for “guidance” before filing his complaint against Trump.

— He was cooperating with DNC operative Alexandra Chalupa, who was lobbying for Ukraine aid and working with the then-prime minister to support Hillary Clinton over Trump in 2016.

Why can’t we say Ciaramella’s name? I would say that’s the $64,000 question. (Hey, that’s less than Hunter Biden made from Burisma every month for doing nothing.)

Neither Sara Carter nor Gregg Jarrett were allowed to say Eric Ciaramella’s name when they appeared together recently on FOX News, but at least that didn’t stop them from having a good conversation about the Democrat operative/spy, whose lawyer Mark Zaid referred to a “coup” in a tweet several years ago. Zaid, Carter said, “didn’t just appear out of thin air. Mark Zaid has been around for a long time. He has been closely connected, of course, to the U.S. intelligence community, he has represented other CIA officers as an attorney for them, he very much knows what’s going on in Washington, and he’s very much against Trump.”

As Carter went on to say, he was specifically soliciting “whistleblowers” to go after Trump. “…He made it perfectly clear in 2017 that a coup was coming and that it would be led by attorneys.”

So, what about Alexander Vindman? Though his testimony before the Adam Schiff’s Intel Committee on October 29 was behind closed doors, he surely made an impressive appearance for his deposition, decked out in his full dress Army uniform. And, yes, this man deserves the honors he has received for service to his country.

Vindman was testifying in his current position as White House National Security Council Ukraine expert. (Note that Eric Ciaramella was also a member of the NSC.) He did actually hear the phone call between Presidents Trump and Zelensky, as one of numerous officials who were, by tradition, listening in. “I did not think it was proper for [Trump] to demand that a foreign government investigate a U.S. citizen,” he said in an opening statement that, of course, leaked, causing most U.S. media outlets to go ape.

But now, instead of just the opening statement, we have the full, 340-page transcript of his closed-door testimony. As Byron York says in the WASHINGTON EXAMINER, the Vindman transcript shows “a witness whose testimony was filled with opinion, with impressions, who had little new to offer, who withheld important information from the committee, who was steeped in a bureaucracy that has often been hostile to the President, and whose lawyer, presumably with Vindman’s approval, expressed unmistakable disdain, verging on contempt, for members of Congress who asked inconvenient questions.”

2) He withheld important information from investigtors. Vindman repeatedly refused to answer the question about whether he had talked about the Trump/Zelensky call to others aside from the few he had mentioned in testimony. HIs lawyer, along with Adam Schiff, threw up a brick wall. His lawyer said they should “try to respect his feelings.” I am not kidding.

In fact, it seems that Vindman’s lawyer was most concerned not with Vindman but with keeping Ciaramella’s identify a secret. He said, “ …what I am telling you right now is you have to protect the identity of the whistleblower. I get that there may be political overtones. You guys do what you got to do, but do not put this man in the middle of it.” And then, “If the chair wants to hold him [Vindman] in contempt for protecting the whistleblower, God be with you…you don’t need this. You don’t need to go down this.” (Note: you’ve just got to read this whole exchange; link below.)

3) There were notable gaps in Vindman’s knowledge. According to Byron York, Vindman, though supposedly the authority for Ukraine for the NSC and White House, didn’t seem to know much at all about Burisma, the nation’s second-largest privately-owned energy firm, or the oligarch who runs it. He also didn’t know any details about Hunter Biden’s appointment to the board of Burisma and didn’t think it was “appropriate” to even ask. And this is just scratching the surface of what Vindman did NOT know about Ukraine.

4) Vindman was, in York’s words, “the product of a bureaucracy that has often opposed President Trump.” He disapproved when Trump turned to “outside influencers” instead of Vindman’s “interagency colleagues.” (Never mind that other Presidents throughout history have done the same thing.) I would say that this dispute seems to revolve around policy and turf, which should have NOTHING to do with impeaching a President.

As York summed up, “Now, parts of the foreign policy bureaucracy are in open war with the President, channeling their grievances through the House Democrats’ drive toward impeachment. When he testifies in public, Vindman will be the living embodiment of that bureaucratic war.”

Here’s more from Ben Marquis at WESTERN JOURNAL about Vindman’s opening statement in his closed-door hearing.  Given most media reports, it’s surprisingly positive about the phone call…