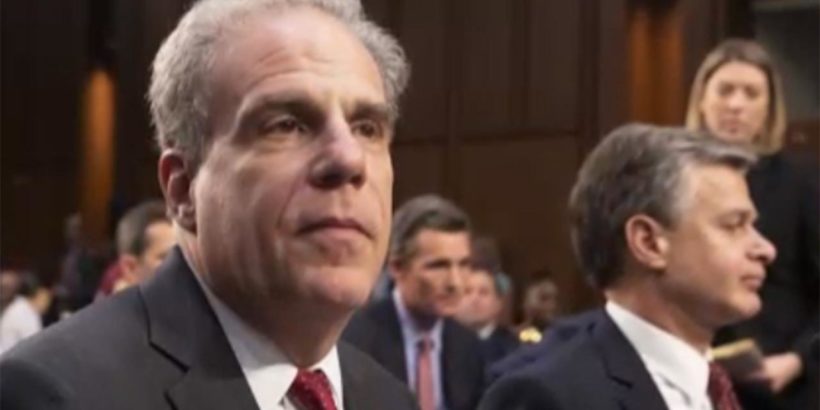 The question of whether Obama administration officials abused their authority to spy on foreign entities as a pretext to spy on political opponents looms large over the coming presidential election. Answers to those questions await the release of  (IG) Michael Horowitz’s ongoing investigation in the Foreign Intelligence Surveillance Act (FISA) abuses.

As reports surface that the FISA IG Report may be in the final drafting stages, the next hurdle will be the classification process. Horowitz will present his final draft to the Department of Justice, where the FBI and other intelligence agencies will have an opportunity to weigh in on which materials to release or withhold.

Having worked closely with Horowitz on previous bombshell reports such as Fast and Furious gun-running operations and the review of the FBI’s Hillary Clinton email investigation, I can only imagine the hurdles the IG has had to overcome just to get documentation and verification out of the FBI. Getting to the bottom of agency malfeasance is difficult, even for the inspector general, because agencies are not always forthcoming about producing evidence that may embarrass them.

Remember when the IG gained access to text message exchanges between FBI attorneys Peter Strzok and Lisa Page, that access was not granted by the FBI. The IG had to work through the Department of Defense to create the algorithms and software that would enable them to see those text messages.

Do we really believe the FBI had no ability to access those text messages? If so, how inept are they? They’re supposed to be premier law enforcement agency in the world. And they are. The fact is, the FBI’s slow and resistant response to IG investigations has been problematic in the past and was likely problematic in this investigation.

Nonetheless, the big battle that now looms is the classification battle – what gets classified before the FISA report is released and to what degree?

Ultimately, Attorney General William Barr has the authority to decide what gets released and what does not. But he will receive input from FBI Director Christopher Wray, under whose leadership the FBI failed to produce those Strzok/Page texts for the previous report. It appears DOJ will have to also get other intel agencies to weigh in amid signals this investigation has gone beyond the FBI to certain intel agencies. They will also have a chance to review (not change) this material and make recommendations as to what should be classified and what should not.

My personal experience with a wide variety of agencies is that the government overclassifies material and does so routinely in order to protect political rather than national security interests. The coming battle will play out among General Barr, IG Horowitz, and government intelligence agencies.

My personal experience with a wide variety of agencies is that the government overclassifies material and does so routinely in order to protect political rather than national security interests. The coming battle will play out among General Barr, IG Horowitz, and government intelligence agencies.

President Trump can weigh in and be the final arbiter if necessary, but in these matters, he has shown an amazing amount of restraint from the very beginning. He stays out of it. He may tweet information as he becomes aware of it. But that’s far different than calling up and directing somebody to do something. Given his past history, he is likely to leave this matter entirely to the discretion of William Barr. That means the classification battle could go on for weeks.

In the meantime, look for intelligence agencies to try to get ahead of the bad news. Inevitably, you will start to see those implicated in the report leak their own information to friendly media in an effort to put their own spin on it. No one should necessarily take these leaks at face value. People trying to protect their own reputations may not tell the whole story. They will proactively leak their segment to put the best possible spin on it, but eventually, the broader picture will emerge.