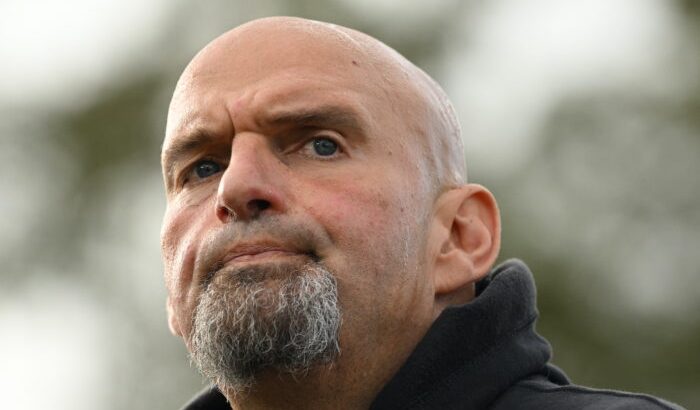 Fetterman has previously said he would not take part in a suggested early September debate, citing his ongoing recovery from a stroke in May and offense at a statement by Oz’s campaign which, in an apparent mocking tone, alluded to the Democrat’s health.

Oz’s campaign offered to make concessions for Fetterman in a bid to entice him to agree to a debate, among which included allowing him to read from notes, have extra time, and have standby medical help.

“We’re absolutely going to debate Dr. Oz, and that was really always our intent to do that. It was just simply only ever been about addressing some of the lingering issues of the stroke, the auditory processing, and we’re going to be able to work that out,” Fetterman said in an exclusive interview with Politico.

Fetterman noted that his team was “exploring” using closed captioning to aid his hearing, which has been a recurring issue since he rejoined the campaign trail in August after his stroke in May.

“I have every ability to talk about all of these issues and have a full debate. And that’s really just the one lingering issue of the stroke—that some of my hearing was damaged a little bit, but it’s continuing to get better and better and better every day.”

The Pittsburg Post-Gazzette on Tuesday noted that a live debate would “assure” voters that Fetterman is “up to the job.”

The newspaper’s editorial board suggested the Democrat’s campaign has been “optimistic” about the U.S. Senate candidate’s recovery from his stroke in May.

“Fetterman has not fully recovered from the serious stroke he suffered in May. His campaign has acknowledged his obvious struggles with ‘auditory processing’ and speech, but the persistence of those struggles has contrasted with the campaign’s rosier predictions of a return to the rigors of campaigning, including debating his opponent, Mehmet Oz,” the editorial board of the Pittsburg Post-Gazzette wrote.

“If Mr. Fetterman is not well enough to debate his opponent, that raises serious concerns about his ability to serve as a United States senator.”

The newspaper’s editorial board admitted that the Oz campaign “raised legitimate concerns” about Fetterman’s health, but did not approve of its conduct, calling it “adolescent.”

In particular, the paper accused the Oz campaign of “dragging the race deeper and deeper into the muck” with its “cruelly satirical” offer of concessions.

However, the board said that voters may need reassurance that Fetterman will be able to effectively represent them in Congress.

“If Mr. Fetterman’s communication skills have not yet recovered sufficiently to effectively debate his opponent, many voters will have concerns about his ability to represent them effectively in Washington,” the newspaper’s editorial board wrote.

“While he has gamely undertaken more campaign events and media interviews in recent weeks, Mr. Fetterman still speaks haltingly and relies on closed captioning to fully understand his conversation partners.”

A live debate, the editorial board said, “is the best way to assure voters Mr. Fetterman is up to the job.” The Democrat’s excuse that he doesn’t want to share a stage with “someone who has behaved so shamefully” just “won’t cut it.”

“Voters have a right to know whether their prospective senator can do the job—including handling the give-and-take of a vigorous debate,” the newspaper’s editorial board wrote.

Fetterman suffered a stroke on May 13, just hours before he was scheduled to appear at a campaign event at Millersville University.

The Democrat returned to the campaign trail in mid-August. The stroke has left him sometimes reaching for words, he has said in interviews, which could affect how he would perform in a debate.