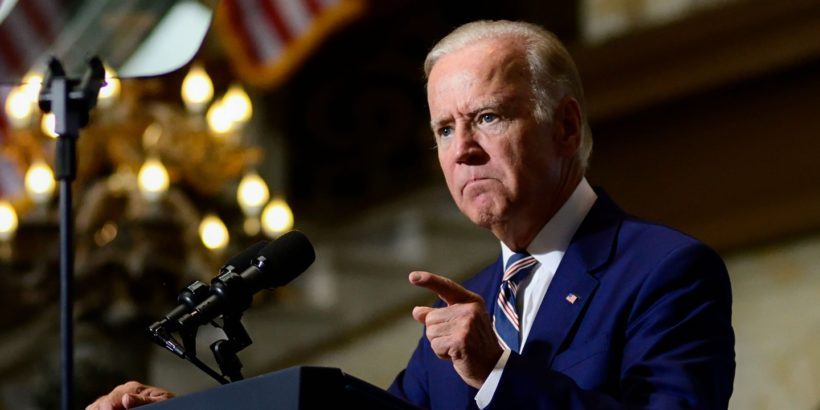 Former Vice President Joe Biden, now a 2020 Democratic presidential contender, has locked into a specific story about the controversy in Ukraine.

He insists that, in spring 2016, he strong-armed Ukraine to fire its chief prosecutor solely because Biden believed that official was corrupt and inept, not because the Ukrainian was investigating a natural gas company, Burisma Holdings, that hired Biden’s son, Hunter, into a lucrative job.

Hundreds of pages of never-released memos and documents — many from inside the American team helping Burisma to stave off its legal troubles — conflict with Biden’s narrative.

And they raise the troubling prospect that U.S. officials may have painted a false picture in Ukraine that helped ease Burisma’s legal troubles and stop prosecutors’ plans to interview Hunter Biden during the 2016 U.S. presidential election.

For instance, Burisma’s American legal representatives met with Ukrainian officials just days after Biden forced the firing of the country’s chief prosecutor and offered “an apology for dissemination of false information by U.S. representatives and public figures” about the Ukrainian prosecutors, according to the Ukrainian government’s official memo of the meeting. The effort to secure that meeting began the same day the prosecutor’s firing was announced.

In addition, Burisma’s American team offered to introduce Ukrainian prosecutors to Obama administration officials to make amends, according to that memo and the American legal team’s internal emails.

1.)   If the Ukraine prosecutor’s firing involved only his alleged corruption and ineptitude, why did Burisma’s American legal team refer to those allegations as “false information?”

2.)   If the firing had nothing to do with the Burisma case, as Biden has adamantly claimed, why would Burisma’s American lawyers contact the replacement prosecutor within hours of the termination and urgently seek a meeting in Ukraine to discuss the case?

Ukrainian prosecutors say they have tried to get this information to the U.S. Department of Justice (DOJ) since the summer of 2018, fearing it might be evidence of possible violations of U.S. ethics laws. First, they hired a former federal prosecutor to bring the information to the U.S. attorney in New York, who, they say, showed no interest. Then, the Ukrainians reached out to President Trump’s personal lawyer, Rudy Giuliani.

Ukraine’s new president, Volodymyr Zelensky, told Trump in July that he plans to launch his own wide-ranging investigation into what happened with the Bidens and Burisma.

Biden has faced scrutiny since December 2015, when the New York Times published a story noting that Burisma hired Hunter Biden just weeks after the vice president was asked by President Obama to oversee U.S.-Ukraine relations. That story also alerted Biden’s office that Prosecutor General Viktor Shokin had an active investigation of Burisma and its founder.

Documents I obtained this year detail an effort to change the narrative after the Times story about Hunter Biden, with the help of the Obama State Department.

Hunter Biden’s American business partner in Burisma, Devon Archer, texted a colleague two days after the Times story about a strategy to counter the “new wave of scrutiny” and stated that he and Hunter Biden had just met at the State Department. The text suggested there was about to be a new “USAID project the embassy is announcing with us” and that it was “perfect for us to move forward now with momentum.”

I have sued the State Department for any records related to that meeting. The reason is simple: There is both a public interest and an ethics question to knowing if Hunter Biden and his team sought State’s assistance while his father was vice president.

The controversy ignited anew earlier this year when I disclosed that Joe Biden admitted during a 2018 videotaped speech that, as vice president in March 2016, he threatened to cancel $1 billion in U.S. loan guarantees, to pressure Ukraine’s then-President Petro Poroshenko to fire Shokin.

At the time, Shokin’s office was investigating Burisma. Shokin told me he was making plans to question Hunter Biden about $3 million in fees that Biden and his partner, Archer, collected from Burisma through their American firm. Documents seized by the FBI in an unrelated case confirm the payments, which in many months totaled more than $166,000.

Some media outlets have reported that, at the time Joe Biden forced the firing in March 2016, there were no open investigations. Those reports are wrong. A British-based investigation of Burisma’s owner was closed down in early 2015 on a technicality when a deadline for documents was not met. But the Ukraine Prosecutor General’s office still had two open inquiries in March 2016, according to the official case file provided me. One of those cases involved taxes; the other, allegations of corruption. Burisma announced the cases against it were not closed and settled until January 2017.

After I first reported it in a column, the New York Times and ABC News published similar stories confirming my reporting.

Joe Biden has since responded that he forced Shokin’s firing over concerns about corruption and ineptitude, which he claims were widely shared by Western allies, and that it had nothing to do with the Burisma investigation.

Some of the new documents I obtained call that claim into question.

In a newly sworn affidavit prepared for a European court, Shokin testified that when he was fired in March 2016, he was told the reason was that Biden was unhappy about the Burisma investigation. “The truth is that I was forced out because I was leading a wide-ranging corruption probe into Burisma Holdings, a natural gas firm active in Ukraine and Joe Biden’s son, Hunter Biden, was a member of the Board of Directors,” Shokin testified.

“On several occasions President Poroshenko asked me to have a look at the case against Burisma and consider the possibility of winding down the investigative actions in respect of this company but I refused to close this investigation,” Shokin added.

Shokin certainly would have reason to hold a grudge over his firing. But his account is supported by documents from Burisma’s legal team in America, which appeared to be moving into Ukraine with intensity as Biden’s effort to fire Shokin picked up steam.

Burisma’s own accounting records show that it paid tens of thousands of dollars while Hunter Biden served on the board of an American lobbying and public relations firm, Blue Star Strategies, run by Sally Painter and Karen Tramontano, who both served in President Bill Clinton’s administration.

Just days before Biden forced Shokin’s firing, Painter met with the No. 2 official at the Ukrainian embassy in Washington and asked to meet officials in Kiev around the same time that Joe Biden visited there. Ukrainian embassy employee Oksana Shulyar emailed Painter afterward: “With regards to the meetings in Kiev, I suggest that you wait until the next week when there is an expected vote of the government’s reshuffle.”

Ukraine’s Washington embassy confirmed the conversations between Shulyar and Painter but said the reference to a shakeup in Ukrainian government was not specifically referring to Shokin’s firing or anything to do with Burisma.

Painter then asked one of the Ukraine embassy’s workers to open the door for meetings with Ukraine’s prosecutors about the Burisma investigation, the memos show. Eventually, Blue Star would pay that Ukrainian official money for his help with the prosecutor’s office.

At the time, Blue Star worked in concert with an American criminal defense lawyer, John Buretta, who was hired by Burisma to help address the case in Ukraine. The case was settled in January 2017 for a few million dollars in fines for alleged tax issues.

On March 29, 2016, the day Shokin’s firing was announced, Buretta asked to speak with Yuriy Sevruk, the prosecutor named to temporarily replace Shokin, but was turned down, the memos show.

Blue Star, using the Ukrainian embassy worker it had hired, eventually scored a meeting with Sevruk on April 6, 2016, a week after Shokin’s firing. Buretta, Tramontano and Painter attended that meeting in Kiev, according to Blue Star’s memos.

Sevruk memorialized the meeting in a government memo that the general prosecutor’s office provided to me, stating that the three Americans offered an apology for the “false” narrative that had been provided by U.S. officials about Shokin being corrupt and inept.

“They realized that the information disseminated in the U.S. was incorrect and that they would facilitate my visit to the U.S. for the purpose of delivering the true information to the State Department management,” the memo stated.

The memo also quoted the Americans as saying they knew Shokin pursued an aggressive corruption investigation against Burisma’s owner, only to be thwarted by British allies: “These individuals noted that they had been aware that the Prosecutor General’s Office of Ukraine had implemented all required steps for prosecution … and that he was released by the British court due to the underperformance of the British law enforcement agencies.”

The memo provides a vastly different portrayal of Shokin than Biden’s. And its contents are partially backed by subsequent emails from Blue Star and Buretta that confirm the offer to bring Ukrainian authorities to meet the Obama administration in Washington.

For instance, Tramontano wrote the Ukrainian prosecution team on April 16, 2016, saying U.S. Justice Department officials, including top international prosecutor Bruce Swartz, might be willing to meet. “The reforms are not known to the US Justice Department and it would be useful for the Prosecutor General to meet officials in the US and share this information directly,” she wrote.

Buretta sent a similar email to the Ukrainians, writing that “I think you would find it productive to meet with DOJ officials in Washington” and providing contact information for Swartz. “I would be happy to help,” added Buretta, a former senior DOJ official.

Burisma, Buretta and Blue Star continued throughout 2016 to try to resolve the open issues in Ukraine, and memos recount various contacts with the State Department and the U.S. embassy in Kiev seeking help in getting the Burisma case resolved.

Just days before Trump took office, Burisma announced it had resolved all of its legal issues. And Buretta gave an interview in Ukraine about how he helped navigate the issues.

One is whether it was ethically improper or even illegal for Biden to intervene to fire the prosecutor handling Burisma’s case, given his son’s interests. That is one that requires more investigation and the expertise of lawyers.

The second is whether Biden has given the American people an honest accounting of what happened. The new documents I obtained raise serious doubts about his story’s credibility. And that’s an issue that needs to be resolved by voters.