The Walls Are Closing In
How Will The Deep State Spin What’s Coming? 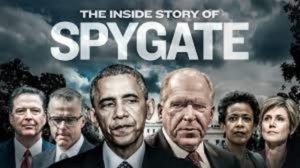 The walls are certainly closing in on the Deep State, MSM and the corrupt politicians.  As facts, documentation and declassified information drips out, more and more pain is coming to those who are guilty.

Trump and his adminstration are pointing their fingers at those who manipulated the intelligence agencies who spied on his campaign. Crimes against humanity, the Ukraine investigation, Hillary’s email scandal, is all coming out at once but will the media spin all this with blame pointing to Trump?

Biden, Hillary and the rest all spoke at Byrd’s funeral. He was their mentor. Wasn’t the KKK created by the Democratic Party? Is ANTIFA a modern day KKK?

So much of what the corrupt politicians have done, blame their deeds on President Trump. Now, they are trying to cover so no one can decide what they have done. However, the declass will reveal all. It is critical to watch for it and study it when it drops. 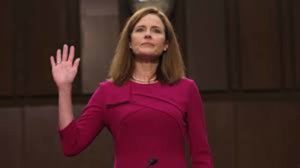 The hearing for Amy Coney Barrett took place.  Rather than look at her qualifications for Supreme Court Justice, the Democrats grilled her religion and ObamaCare. They tried to create a fear that people will lose their healthcare.

ObamaCare was a disaster, with premiums skyrocketing it made it completely unaffordable even though it was called the Affordable Care Act (ACA). People did not get to keep their doctors. It was such a bad policy, Obama/Biden had to force Americans to buy it by imposing a penalty tax. If we didn’t obey, we were fined.

If it was such a great plan, why did Democrats exempt themselves from the ACA? Everyone in government were exempt. The Staffers complained it was too expensive so the government waived it for them, while the rest of America was forced to comply.

The lower class loved it because it was subsidized. However, the middle class realized paying the penalty was cheaper than obeying Obama’s mandate. The middle and upper class were glad ACA was overturned.

So, her faith should not even be an argument coming from the Democrats. Shouldn’t they be looking at her qualifications? But they were trying to play on the emotions of the public. Did it work?

Governor Newsom has shut churches down in CA, but a street rally because the Lakers won, is acceptable? Remember, this is not a protest, but a rally. Does this mean Trump can have a rally in CA? See the double-standard? See the set of rules for one group of people and one for another? Will Newsom succeed in shutting down religion? See what’s happening, here?

CNN is still trying to fan the flames of fear with COVID.  We know these numbers are not reflecting what the CDC is reporting. They actually came out saying 6% died of COVID. Why is the media reporting something different than what the CDC reported? It would be less than 6% if Cuomo and other governors didn’t push the elderly into nursing homes for treatment.

The CDC also claimed that 70% of those who contracted COVID were wearing masks. Dr. Simone Gold, one of the front-line doctors, saw a connection between heavily enforced mask-wearing compared to the spike in COVID-19!  Masks don’t work against the virus. There are no studies saying they work, in fact just the opposite. The fibers are too large to keep any type of virus in or out.

President Trump used REGENERON to cure his COVID. One gentleman, Christopher Denson, was very ill with COVID and thought he was going to die. He wanted to take REGENERON. Before the bag was even empty, he said he felt better.  That is how fast it worked! More and more people will want this treatment and COVID will never again be feared! Many states are still forced to wear masks. WHY?

The DS is trying to vilify those on the RIGHT with backing the riots. Why not let Trump unleash the National Guard and arrest all these Conservative trouble-makers and get them off the streets?

Why are the governors telling their police officers to stand back? Because the rioters are not right-wing conservatives at all! They are paid agitators coming from the left. Remember, those on the right support law & order. Those governors on the left have their marching orders.

The shooting in Denver is not making any sense.  Reports were that a security guard was involved, but now we find he was never licensed as a security guard nor licensed to carry a gun, both of which are required in Denver. This fake security guard shot and killed a Trump supporter. NBC9 News is being brought up on murder charges.

Rosie Memos pointed out, “The same ANTIFA group that organized the murder of Denver Patriot is the same group that attacked Michelle Malkin. Don’t say she didn’t warn you!”

This shooter was a Trump hater so this scenario is pointing to the left, and not the right.

Post 4846 says, the DS used the online gaming system to communicate. Now that we know this, it has been shut down but it was brought up again by our favorite Patriot Intelligence Insider. Many of our politicians have been blackmailed into doing certain things, voting certain ways, leading their jurisdiction in certain ways or else exposure will occur. These are all dark secrets which will come out later on.

We are Digital Soldiers. We have been selected to help serve our country. Never retreat from the battlefield; Twitter, Facebook, etc. Use other platforms as a form of centralized command and control.

As we seek our freedom as Americans, how do we move ahead?

This sounds like Twitter, Facebook and others are getting ready for another heavy censorship push, but we are ready.  When all the information has been exposed and when all the facts have been put out there, The DS is done!

Welcome to the digital battlefield. Together, we win!