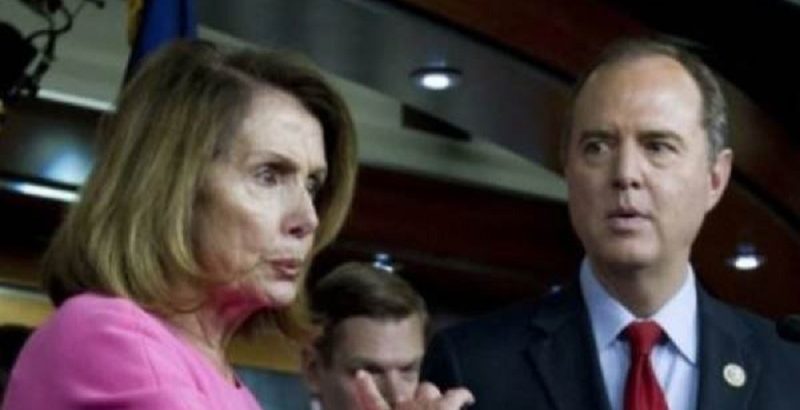 I know there is a lot of frustration and distrust of Attorney General Barr’s willingness to hold to account the members of the Deep State who plotted against President Trump. But I think I understand the reason that the long awaited Inspector General Report on FISA abuse has been delayed until now (Lindsey Graham insists the report will be released on 9 December 2019).

The answer lies in the timeline, which provides clues about what is going on behind the scene.

Bill Barr was confirmed as Attorney General on February 14, 2019, by a 54–45 near party-line vote. When he came into office he had no magic, insider knowledge about the plot against Trump by the U.S. intelligence and law enforcement agencies. What he learned in the subsequent months apparently shocked and alarmed him.

The first revelations for Barr came when Special Prosecutor Robert Mueller submitted his highly flawed report to Barr on March 22, 2019. The redacted version of the 448-page report was publicly released by the Department of Justice (DOJ) on April 18, 2019. I have written extensively about the fraudulent, dishonest nature of that report (see here and here).

While Barr’s folks were working on declassifying the Mueller report, he commented on the Horowitz investigation into the FISA process used on Trump targets:

Justice Department Inspector General Michael Horowitz’s investigation into possible abuse of the Foreign Intelligence Surveillance Act by the Justice Department and FBI should be complete in the next couple months, Attorney General William Barr said Tuesday.

During a House Appropriations subcommittee hearing on the Justice Department’s budget proposal, Barr said “the Office of the Inspector General has a pending investigation of the FISA process in the Russian investigation, and I expect that that will be complete probably in May or June, I am told.” (April 9, 2019)

On April 10, 2019, Barr stated the following during his testimony to Congress:

“I think spying on a political campaign is a big deal,” Mr. Barr said, adding that he believed “spying did occur.” Mr. Trump and his allies have accused the F.B.I. and other government officials of abusing their power and cooking up the Russia investigation to sabotage the president.

“I am not suggesting that those rules were violated, but I think it’s important to look at them,” Mr. Barr said. Later he said he wanted to ensure that there was no “improper surveillance” — not suggesting there had been, but that the possibility warranted review.

One month later (May 13, 2019) Attorney General William P. Barr assigned the John Durham, top federal prosecutor in Connecticut to examine the origins of the Russia investigation, according to the New York Times. This is where the original timeline for releasing the Horowitz report was derailed and delayed.

On July 5th we learned via a leak that Horowitz uncovered new information that caused him to expand his investigation and re-interview several witnesses:

At least one key witness in the Justice Department inspector general’s investigation into potential abuse of the Foreign Intelligence Surveillance Act came forward as the inquiry was winding down.

The individual, who is not part of the Justice Department or FBI, only did so after Attorney General William Barr tasked U.S. Attorney John Durham of Connecticut to lead a review of the origins of the Russia investigation, according to Fox News. It is unclear whether this “breakthrough” was actually due to Barr’s appointment.

The report did not identify the witness, but it follows reporting that British ex-spy Christopher Steele agreed a month ago to meet with inspector general Michael Horowitz’s team. Steele’s dossier, which contained salacious and unverified claims about President Trump’s ties to Russia and was funded by Democrats, was used by the FBI obtain a series of FISA warrants to wiretap one-time Trump campaign adviser Carter Page.

New information was gleaned from these interviews and that was shared with Prosecutor John Durham and his team. That information, apparently, led to Durham expanding his investigation, according to several media sources:

Fox News’ Bret Baier reported on Tuesday in a Fox News exclusive that “based on what he has been finding, Durham has expanded his investigation adding agents and resources, the senior administration officials said. The timeline has grown from the beginning of the probe through the election and now has included a post-election timeline through the spring of 2017, up to when Robert Mueller was named special counsel.”

1. The investigation of the roots of the plot to destroy Donald Trump and his Presidency is now a criminal matter.

2. Inspector General Horowitz announced that his report on the FISA fraud would be out shortly with no major redactions.

This was not a mere coincidence. Attorney General Barr was letting it be known that the Horowitz investigation was tied to Durham’s criminal investigation. And the fact that it is a “criminal” matter means there is a Grand Jury. I want you to recall the criminal referrals from Devin Nunes.

And the big news today, which hardly anyone has mentioned, is that Donald Trump (who was briefed on the investigation a couple of weeks ago) singles out Barack Obama as the person who authorized the covert action against his Presidency:

TRUMP: Well, you’re dealing at the highest levels of government. They were spying on my campaign. This is my opinion. I said it a long time ago. Remember when I put out a tweet and I talked about, they’re wiretapping, in quotes, meeting, modern-day version of whatever wiretapping may be. And all hell broke loose. You know, who would have thought.

I think it is important to lower expectations about what the Horowitz report will accomplish. It is not an indictment. It is an audit. It will present findings of deficiencies without reaching conclusions about bias or motives of those who behaved illegally or incompetently. That is not Horowitz’s job. But the report will provide criminal referrals, though that will not likely be specifically mentioned in the report. This is an important step in setting the stage for John Durham to press forward with the criminal investigation.

I want to remind you of Bill Barr’s speech to the Federalist Society a week ago. He made a specific point about the plot to sabotage Donald Trump’s Presidency:

Immediately after President Trump won election, opponents inaugurated what they called “The Resistance,” and they rallied around an explicit strategy of using every tool and maneuver available to sabotage the functioning of his Administration. Now, “resistance” is the language used to describe insurgency against rule imposed by an occupying military power. It obviously connotes that the government is not legitimate. This is a very dangerous – indeed incendiary – notion to import into the politics of a democratic republic. What it means is that, instead of viewing themselves as the “loyal opposition,” as opposing parties have done in the past, they essentially see themselves as engaged in a war to cripple, by any means necessary, a duly elected government.

I believe that Bill Barr intentionally signaled that the sedition by the intelligence community, the FBI and the Department of Justice will not be allowed to slide. But he is going to do everything to punish them according to the law. He is committed to a rule of law and enforcing the laws of this country.

And then there is John Durham.

In the late 1990s, Durham was tapped by Bill Clinton’s justice department to investigate Boston police and FBI agents’ connections with infamous gangster James “Whitey” Bulger. That investigation ultimately identified corrupt law enforcement officials who had given the killer information he then used to kill informants and eventually became a part of the case that led to Bulger’s conviction.

Durham’s investigation implicated Robert Mueller. According to knowledgeable sources, the Clinton Justice Department would not allow Durham to bring charges against Mueller:

In the 1980’s, while Mr. Connolly was working with Whitey Bulger, Mr. Mueller was assistant United States attorney in Boston in charge of the criminal division and for a period was the acting United States attorney here, presiding over Mr. Connolly and Mr. Bulger as a ”top-echelon informant.” Officials of the Massachusetts state police and the Boston Police Department had long wondered why their investigations of Mr. Bulger were always compromised before they could gather evidence against him, and they suspected that the F.B.I. was protecting him.

Law enforcement officials also have said they wondered why the United States attorney’s office seemed to give Mr. Bulger impunity. But hearings by United States District Judge Mark Wolf in 1998 found that Mr. Connolly had not told his bosses in the United States attorney’s office about his work with Mr. Bulger. In general, Judge Wolf found what he described as a culture of secrecy in the F.B.I.’s handling of its informants that sometimes subverted the purpose of the program.

I do not believe that Bill Barr is going to prevent John Durham from following the evidence and charging those culpable with crimes. I suspect that this fact is weighing heavily on Jim Comey, Andrew McCabe, John Brenna, Jim Clapper and others in the FBI, DOJ and intelligence community. We will know more in a month.