The Spin Cycle Against The Media Is Gaining Speed 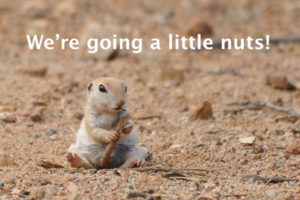 The Mainstream Media (MSM) is going nuts. Trying to spin the narrative is becoming a very difficult task yet they will continue trying until they can’t spin it any longer. At this point, people will begin to see the inconsistency and will realized they have been lied to all of these years. The spin-cycle against the media is gaining speed!

Michael Cohen was an attorney for Trump prior to him becoming President, then 2 years into his presidency. He went to jail for tax evasion and campaign finance violations.

He recently launched a new book entitled, “Disloyal,” a tell all book. We can be certain this is not a tell all book because he had every opportunity to tell all during his own hearings. This book will contain nothing!

If Facebook, Twitter, and other social media platforms see Kamala being discredited, they are instructed to heavily censor. Too bad they do not grace our President with the same courtesy.

HRC offered her assistance to Joe Biden’s campaign saying she will help in any way I can.  She just won’t go away! 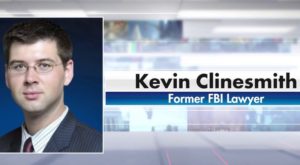 Kevin Clinesmith, an FBI attorney, was being investigated by John Durham for falsifying e-mails of Carter Page, making everyone think Carter was a Russian Agent when in fact, he wasn’t. Clinesmith will plead guilty to making false statements and falsifying documents to obtain surveillance warrants against Carter Page.

On August 17, 2016, Techno Fog tweeted, ‘The CIA informed the Crossfire Hurricane team that Carter Page had been a CIA asset. They hid this fact from the FISA Court. Most likely the other two FISA applications will be dismissed.’  Who else knew about these fake documents? Did someone give Clinesmith orders to do so? The first domino just fell.

There were no arrests for Russian Collusion and no arrests for election interference, but now we have 1 person on Mueller’s team, ready to plead guilty for lying. Once, he texted “Viva La Resistance,’ to FBI agent Lisa Page. This whole thing completely boomeranged.

Aug. 14, 2020, KC guilty, Trump heads to New York and lands in Morristown, NJ. Military capital of American Revolution, then Trump tweets about November 3rd. BOOM! The Patriots possess all the corrupt documentation which incriminates all the way to the top!

Californians are claiming a victory with their 2nd Amendment rights. In Duncan vs. Becerra, the 9th Circuit Court has ruled in favor of gun rights, by affirming that a California ban on possession of high capacity magazines, holding 10 rounds or more, violates the 2nd Amendment. Yes it does! Our rights are standing tall because we stood tall! Well done, Patriots!

Dr. Fauci, in a surprise statement, says there should be no reason why we shouldn’t be able to vote in person. He just countered everything the Deep State is trying to do. In the beginning, he also said masks do not protect us from the virus. Many people are rejecting the masks. If the head guy from the CDC says they don’t work against COVID, why are we wearing them?

Trump brought in the hospital ships, one called Mercy and one called Comfort. In Chicago, McCormick’s Place Hospital cost taxpayers $1.7 million per patient. They only had 38 patients. The media was telling us how deadly this virus would be, but the stats were no worse than the flu. They told us hospitals were packed. Where is the proof of that?

Trump made a peace deal between the US, Israel and United Arab Emirates. Joe Biden hijacked the narrative saying it was Obama and himself who brokered the peace deal. If that is true, why didn’t it take place until Trump? Funny how these former executives steal the narrative of Donald Trump. Obama said the same thing; that he laid the foundation for Trump to have a booming economy. Let’s see if he boasts about a booming economy again after Trump is reelected and rebuilds after COVID.

President Trump’s brother, Robert, was hospitalized in New York. With all that is going on, prayers for his health and recovery would be very much appreciated. 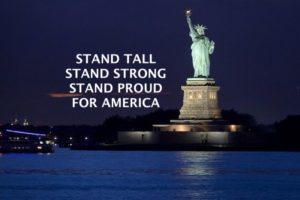 Soon, Julian Assange’s information will come into play, crimes against humanity with #saveourchildren. The silent majority is demanding change. Speak up, share the truth.