It’s Not Just the Lights that go Out

When people think of the power going out the first things that usually come to mind are TV, lights, computer and internet. A typical response is “I can read a book, play board games, it would not bother me too much.”

If you are in that situation right now, skip to the bottom of this article to the “How to Deal With a Power Outage” section for some practical advice on how to get by until the power comes back on.

Our Society is Dependent upon Electricity

The truth is, we rely on electricity much more than we realize. Even if you live “off the grid,” as I did for years, you are still living in a world and a society that is deeply dependent upon electricity.

If the power is out for a few hours, we have all experienced that; of course you’ll be fine. Maybe you will be a little bored and inconvenienced, but if the outage is lengthy and widespread, the consequences can be much more severe, even deadly. What would happen if the electricity was out for a week?

What Happens if the Power Grid Fails?

Last winter we had a little taste of what widespread power outages would be like. Here in my little foothills town, we had unusually heavy snowfall. Over the course of the winter, the total days without power came to more than 20, with one outage lasting for 8 days.

Since we are on a well with an electric pump, if the power is out the water is out. People who live in town and are on city water didn’t have that problem, but many municipal water systems are automated. If the power is out long enough even the city folks will run out of water. Many homes are all electric, so as soon at the lights are out they have no heat, no hot water and they can’t cook.

Some well-prepared people who live in areas where there are frequent power outages have generators. However, most generators run on diesel fuel or gasoline. If the power is out, gas stations can’t pump gas. Once generators run out of gas, those people will be in the dark too.

If you have a landline phone, it might work, but your cordless phone won’t. If you don’t have an old-fashioned phone to plug into the wall you’re out of luck. And, while your cell phone will not go out immediately, the circuits will soon be overloaded with panicked callers, service will get more and more spotty, until the central switching facility finally runs out of power backup, and it goes completely dead.

It is bad enough when all the food in your refrigerator and freezer have spoiled, what about when the same thing happens at the local Safeway? The store has probably been closed the whole time anyway, because their scanners don’t work. Even if you could find a store open, if you don’t have cash what are you going to do for money? ATM machines won’t be working; maybe they’ll take a check.

Traffic lights will go out too. That’s not too much of a problem in a small town, but in a big city it could be a major calamity.

Communications for police and fire departments can be compromised. Without their phones and internet they are forced to rely on their car radios. When a whole city loses power, authorities usually close the airport. If your city has electric trolleys and trains those will not be running.

Modern high-rise buildings depend on electricity to keep them habitable. Many don’t even have windows that open, so without mechanical ventilation and air conditioning they will soon become unbearable. Then there is that classic situation of people stuck in elevators.

Another problem in large cities is looting; it is almost inevitable in these situations. A lengthy power outage can have a huge economic impact too. It is impossible for modern commerce to continue without their computers and phones.

All of those are bad things, but it could get much worse.

There are 104 nuclear power plants in the US.

Cooling is a very important part of producing nuclear power. Spent rods need to be kept cool and contained. If they overheat, they can cause explosions and fires. If the core is allowed to overheat, it could cause a nuclear meltdown. If the containment structure of the plant is damaged radiation will leak out into the environment.

In the event of a power outage, nuclear power plants automatically shut down and the backup generators kick on. In the US, nuclear power plants are required by federal law to have redundant safety systems. They have at least two gigantic generators to take over the job of cooling the reactor. However, the generators require fuel; if supplies run short, it will have to be trucked in to keep the cooling system going.

The lack of electricity for cooling is what caused the biggest problems at the Fukushima Daiichi nuclear complex after the 9.0 earthquake and tsunami in Japan on March 11, 2011. The long-term effects of that disaster are still not fully understood.

These systems in the US, and most of the world, have usually functioned extremely well so far. However, in a situation where the generators are damaged, and the roads impassable, the results can be devastating. I don’t want to be too much of an alarmist, these plants are designed to be very safe, but they are also designed to function in a world that has electricity.

I had not thought about this before, but I had a comment that reminded me. If a water treatment plant needs to move water uphill, they need electricity for their pumps. They do not all have backup systems in place.

On August 18, 2018, in the City of Olean, New York, approximately 45,000 gallons of untreated sewage was discharged into the Allegheny River by a sewer lift station. The discharge was caused by a power outage.

When we were out of power for up to 8 days at a time, I took all the dairy products and meat out of the refrigerator, and put them in a big plastic tub with a lid and set it outside in the snow. That kept it very cold. I also filled two big stockpots with snow, packed in as tight as I could get it, and put them in the refrigerator to keep vegetables and other things cold. It worked pretty well.

We have propane for heat and cooking, I kept some big pots of water warming on the stove for dishes and washing up. It is easier to keep thing clean if you don’t let it pile up. We even got desperate enough that we filled the bathtub with water heated on the stove for baths. 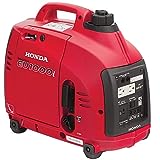 Last year we bought this small generator. It’s not enough to run our refrigerator or well pump, but it’s great for lights, TV, computer and router. It’s super quiet and easy to start, even I can do it. This sure makes power outages more bearable.

Catch Drip Water for Household Use

We had the power go out for about 12 hours one night in June. I had solar powered garden lights outside. They are self-contained, no wiring necessary. They also have a sensor on top, so when it gets dark, they come on. I pulled some of them off the stakes, brought them indoors, and set them on their tops in each room of the house.

They don’t make a very bright light, but at least you can see where you’re going, and you don’t have to worry about leaving a candle burning.

The candles in glass burn for a long time (like 12 hours), I got them at the Dollar Store. The little red lantern thing is a liquid candle, they burn for 50 hours each, but are somewhat hard to find. You can get them on at Amazon. I prefer the ones with plastic shades, like the ones in the photo. I feel like they are safer than the ones with just a naked flame.

Be Prepared for a Blackout

Keep some emergency supplies around; you never know when you’ll be left in the dark. Here are a few ideas.

If you put your candle or lantern in front of a mirror, you can almost double the amount of light you get from it.

Prepare Your Home for a Power Outage

There is not a lot we, as individuals, can do about keeping the power grid safe. However, we can make sure that we are as prepared as we can be for a loss of electricity at our own homes. Making sure you have the bare essentials on hand will make your family safer and more comfortable in a power outage.

Past Power Failures – It Happened There and it Can Happen Here

On August 14, 2003, the electricity went out in a large swath of the Northeastern United States and Southeastern Canada.

The blackout affected the states of New York, New Jersey, Pennsylvania, Connecticut, Vermont, Michigan, Ohio and Massachusetts. About 50 million people were without electricity, some for as long as two days. Eleven deaths are attributed to the outage, and it is estimated to have cost 6 million dollars.

Federal authorities ruled terrorism out almost immediately, but took longer to figure out what had caused the problem. The verdict – hot power lines sagged into trees and switched off, causing other lines to carry the extra burden. They couldn’t handle the load and tripped a cascade of failures. Systems that should have given an earlier warning of the growing problem failed. The US – Canada Power System Outage Task Force concluded, after a 3-month investigation, that a combination of equipment failure and human error was to blame.

A major power outage on September 8, 2011 left 5 million people without electricity from the west coast, east to Arizona, and from Mexico north to Orange County, California. The outage lasted for up to 15 hours. The National University System Institute for Policy Research estimated the economic impact of the power outage to be between $97 million and $118 million.

Although the Arizona power company said the outage appeared to have been associated with an employee replacing a capacitor at the North Gila substation near Yuma, why this routine task would cause a failure was unknown. Whatever the reason, had the system performed as it should have, the outage would have been confined to the Yuma area. So it appears that it was possible a combination of human error and equipment failure.

Worst Case Scenario, Some of us Would Probably Survive

Of course there would not be many people who would die during a short-term outage. Maybe a few people who need life sustaining medical treatment. More if it’s during a heat-wave or severe cold weather.

During a longer term and more wide-spread outage, people would run out of food and fuel. There would be looting, and before long anarchy would reign. People who were better prepared would stand a better chance of surviving.

If there were a nuclear disaster, of course that would take out a lot more people. Still, in my opinion, even if every nuclear reactor in the world experienced a Chernobyl level meltdown, it would not kill all of the people on the planet, nor would it render the earth unable to sustain life.

The world would be changed for sure; it would have a huge impact on every aspect of human life. Still, there would be humans here to rebuild and start again.

Above Article Written By Sherry Hewins