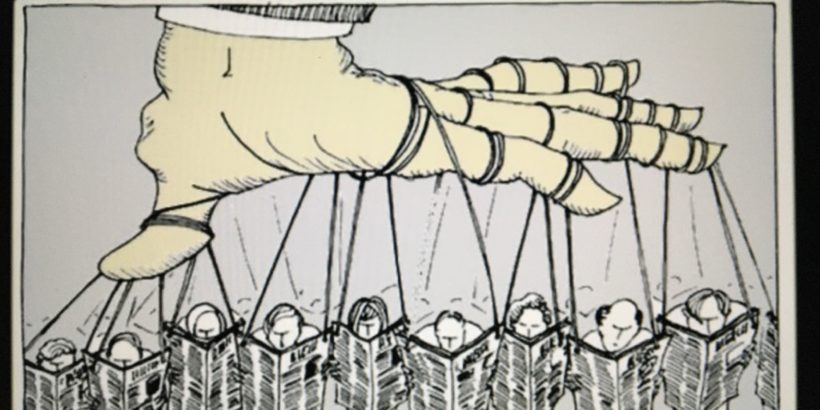 What is GASLIGHTING?  A psychological definition of gaslighting is an increasing frequency of systematically withholding factual information and/or providing false information – and seeks to sow seeds of doubt – having the gradual effect of confusion, causing others to be less able to trust their own memory and perception.

...And so, the gaslighting begins with this from the Associated Press:  “BREAKING: Russia probe report finds no evidence of political bias, despite performance failures, per summary obtained by AP.”

Below is a Twitter thread of Mark Meadows to help you understand what the heck is going on with today’s FISA Report revelations:

The spin begins. The public is about to see what these “performance failures” were. 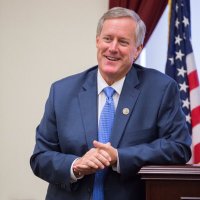 THREAD: You will probably see plenty of spin and headlines today claiming the FBI is exonerated in this report. That is laughable, to put it lightly. The report eviscerates senior officials who broke rules and abused power. Let’s go over some of the details:

For starters, the “no bias” talking point you see is misdirection from the left. See this line, from the IG: “Our role in this review was not to second-guess discretionary judgments by Department personnel about whether to open an investigation”

If you see someone harping on the “bias” point, they are giving you a broad, misapplied talking point to distract from the specifics within the IG report that are damning.

What IG report page 341 tells you: the FBI used a defensive briefing with the Trump campaign as a tool for an investigation into its members. Unbelievable.

I see James Comey has a victory lap op-ed out, making it clear he didn’t read the report. Which is at least consistent with his management style of apparently not reading FISA applications.

There is more we’ll continue sharing. Bottom line: this report confirms what we’ve been saying. There was significant abuse all over the FBI’s efforts to investigate the Trump campaign.

Another IG report nugget: as we suspected, FBI kept using Chris Steele even after he was terminated for cause. Bruce Ohr met with the FBI 13 times (!) to pass along information he had been given by Steele, who had been fired.

Page 289: Peter Strzok lied to the OIG? Strzok said he “didn’t know whether Bruce Ohr kept meeting with Steele after Steele was terminated.” But Strzok’s handwritten notes show he got updates on 12/12/16, 12/20/16, and 1/23/17 regarding Ohr and Steele’s ongoing communications !

Predictably, some media allies of Democrats spinning hard. This is what the investigation was about, pg 361: IG found “numerous serious factual errors and omissions in the FISA applications … that undercut certain allegations in the applications.” That, alone, is indefensible

The spin begins. The public is about to see what these “performance failures” were.

And after reading this, it’s no wonder we’ve been seeing defensive leaks in the New York Times and CNN. And that the Democrats rushed to hold an impeachment hearing the same day. It’s every bit as bad as advertised. And certainly worse than the media has been suggesting.

I just got out of a nearly 2 hour briefing on the IG report. It is deeply disturbing. Some former FBI and DOJ officials are about to have some serious explaining to do. More details to come shortly.

Steve Castor shredding the Democrat talking point and media red herring – that just because Russia interfered in our election doesn’t mean Ukraine didn’t ALSO attempt to do so. There is clear evidence some in Ukraine did too. The President’s concerns were well founded.

Castor notes that both Russia and Ukraine interfered in the 2016 election: “Election interference is not binary.” Just because Russia did so in a systemic away, “does not mean that some Ukrainian officials … did not work to oppose President Trump’s candidacy.” #impeachment

Remarkably, as a key part of their case, Democrats just showed a video of Gordon Sondland saying there was a quid pro quo—leaving out the part where he later admitted he had no evidence “other than his assumption” If this is all they’ve got, you can wrap this up. It’s ballgame.

The first two witness testimonies the Democrats just cited in making their final case: Bill Taylor and Fiona Hill. Both of whom admitted they had no firsthand knowledge of the allegations against  @realDonaldTrump

You can’t make this up.

When Chairman Nadler cited “undisputed facts,” he actually listed a slew of unproven allegations. That’s all they have at this point. List accusations, call them ‘facts,’ and hope people don’t notice.

This is part of a long-growing trend on the left of gaslighting anyone who dare challenge their talking points. It’s disturbing, wrong, and should be fully condemned.

Bonnie Nirgude’ C-Vine Network News
As a citizen journalist and investigative reporter, I am committed to accurately reporting the news. Wide awake, never asleep, I grew up in a 1960’s patriotic household, aware of the truth behind the false narrative.
·