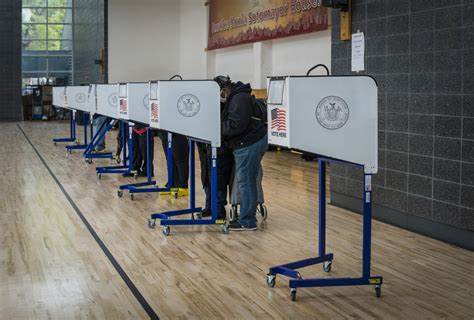 The Michigan State Police has expanded its investigation into whether post-2020 election breaches of voting equipment took place.

The state probe is aimed at determining whether anyone who should not have been allowed to access voting machine data was able to breach election protocols.

The investigation began a few months ago amid allegations from the Michigan Secretary of State’s Office that a third party accessed elections data and technology in Roscommon County.

“If we find more examples of unauthorized access, we talk to those officials to find out what transpired,” Carroll added.

“As we found out more information we’ve expanded our area to see if any other places were compromised,” said Carroll, declining to comment on Irving specifically, according to Reuters. “We have gone to other regions.”

“The Michigan State Police has expanded its investigation into whether third parties gained unauthorized access to voting machine data after the 2020 election, and is now examining potential breaches in at least one new county,”

Michigan State Police first opened its investigation into potential voting machine breaches in February after the Secretary of State’s Office notified it that an unnamed third party was allowed to access vote tabulator components and technology in Roscommon County.

Michigan State Police Lt. Derrick Carroll told CNN on Wednesday that the department’s investigation has expanded to more counties where they were notified of breaches of election systems, but would not confirm the seizure in Irving Township specifically. It’s unclear if the investigation includes localities beyond Roscommon County and Irving Township but a source familiar with the investigation told CNN that state police are aware of a third potential breach.

These potential breaches did not affect results in the 2020 election, Carroll said, noting the breaches occurred after the election was complete.

“The Township intends to fully cooperate with law enforcement, and the Township attorneys have been in contact with the Michigan State Police regarding this matter,” Knight said in an emailed statement.