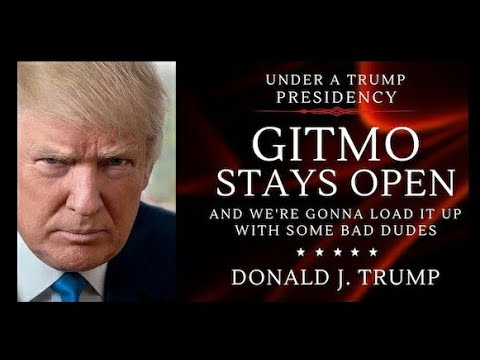 ANNOUNCEMENT: During the next many months and years, C-VINE News will bring information to the public about the various Military Tribunal trials and pre-trials that are happening in GTMO – Guantanamo Bay, Cuba.

The interesting process for reporting on these trials will be covered by Alternative Media.  Mainstream Media was not invited. Is this a new trend to come?  We shall see. 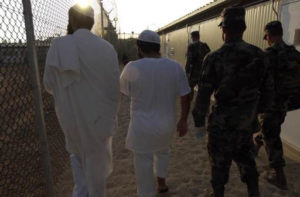 This will be the first of many proceedings we will attend and is scheduled. Volunteer Citizen Journalists from C-VINE will be doing their very best to make our country proud to know that “We the People” have taken charge of how the News is reported.

About the 9/11 War Crimes Trial History in Guantanamo

A Pentagon “Convening Authority” for Military Commissions has twice approved capital murder charges against five detainees at Guantánamo Bay, Cuba, naming them as alleged conspirators in the Sept. 11, 2001, terror attacks. The five were arraigned on May 5, 2012 at the Camp Justice war court compound at the U.S. Navy base in Cuba. The hearing, held on Saturday, stretched across 13 hours with breaks for the men to pray in the courtroom.

They were earlier arraigned June 5, 2008 during the Bush administration, only to see the process suspended when President Barack Obama took office and declared a time out to review the case. A senior Pentagon official withdrew the charges “without prejudice” in January 2010. Attorney General Eric Holder for a time decided to put them on trial in New York City, not far from where the site of the World Trade Center. But he was met with such fierce political resistance that he returned the case to the Pentagon, whose war crimes prosecutor issued new charge sheets on May 31, 2011, after the court was reformed to afford greater legal rights to death-penalty accused. The Convening Authority at that time, retired Navy Vice Adm. Bruce MacDonald, approved the charges April 4, 2012.

The Pentagon has built a $12 million Expeditionary Legal Complex atop a long-ago abandoned runway on the U.S. Navy base’s Windward side. At the center is a snoop-proof courtroom capable of trying six alleged co-conspirators before one judge and jury. Media and other observers are sequestered at the rear in a mostly soundproofed room behind three-layers of Plexiglas, and hear the court audio feed on a 40-second delay. The judge at the front and a court security officer have mute buttons to silence the feed to the observers’ booth, if they suspect someone in court could spill classified information.

Pentagon workers have installed a blue curtain inside the spectators gallery to separate victims, chosen by lottery, from the other observers at the back of the courtroom. See a 2011 Pentagon video tour of the courtroom. Construction of the compound began in the summer of 2007 after a C-130 Hercules cargo plane landed on the McCalla field, the current site of Camp Justice, and delivered three trailers specially equipped for legal staff to handle Top Secret material. Called “Razors,” they look like shipping containers. More materials came by barge, and ground was broken for the court itself on Sept. 11, 2007. In early 2018 the Pentagon disclosed that the trial judiciary had about 730 hours of audio recordings of war court hearings, and that the U.S. military considered even audio of open-court proceedings to be classified. An up to $19 million expansion is underway. The contractor also helped rebuild the World Trade Center after 9/11.