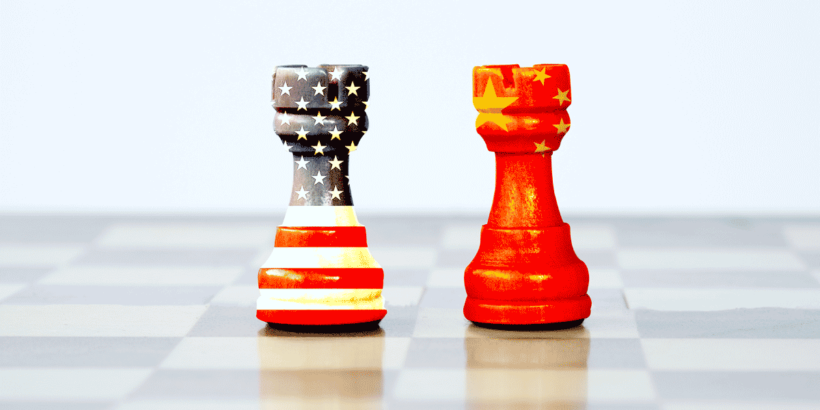 Whether by sanctions, trade restrictions, or cancelling US debt, Trump knows how to get the most bang for the buck.  Tariffs may be the most advantageous way to punish China over the CCP virus fiasco, and punishment will be mete out. 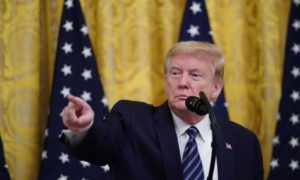 US President Donald Trump speaks on protecting Americas seniors from the pandemic in the East Room of the White House in Washington on April 30, 2020. (Mandel Ngan/AFP via Getty Images)
AMERICA

Epoch Times
CATHY HE
President Donald Trump suggested April 30 that he could impose new tariffs on the Chinese regime as a way to punish it for mishandling the virus outbreak.

He also said the administration was focused on investigating the origins of the CCP virus and Beijing’s role in its spread, reflecting a toughening stance towards the regime since the “phase one” U.S.-China trade deal was signed in January.

“We signed a trade deal where they’re supposed to buy, and they’ve been buying a lot, actually. But that now becomes secondary to what took place with the virus,” Trump told reporters on Thursday evening. “The virus situation is just not acceptable.”

“It came out of China. And now what we’re doing … is finding out how it came out,” he continued. “We should have the answer to that in the not too distant future. And that will determine a lot how I feel about China.”

The public remarks come amid media reports, citing unnamed officials, that the administration was considering options to punish the regime over its role in causing the spread of the virus, including sanctions, canceling U.S. debt obligations, and issuing new trade restrictions.

When asked if the United States could stop its debt obligations as a way to punish the regime, Trump said on Thursday: “Well, I can do it differently. I can do the same thing, but even for more money, just by putting on tariffs. So, I don’t have to do that.”

The president declined to say that he would hold Chinese leader Xi Jinping responsible for the misinformation surrounding the virus origins, but added that “it [virus] came out of China and it could have been stopped. And I wish they stopped it.”

Earlier, Trump told Reuters that the Chinese regime “will do anything they can” to make him lose his re-election bid in November, adding that Beijing was eager for his Democratic opponent Joe Biden to win, in order to ease pressure on trade and other issues.

A growing number of countries have stepped up calls for more transparency from the regime, and for an investigation into Beijing’s handling of the outbreak. At the same time, two U.S. states have filed lawsuits against the regime, seeking damages for the human and economic costs of the pandemic on Americans.