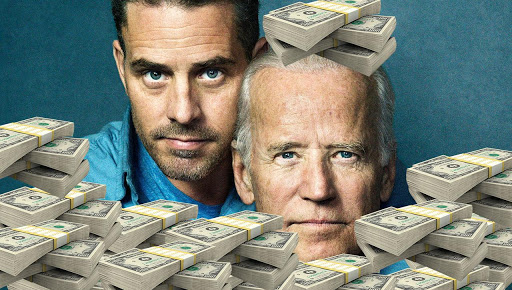 It looks like Tara Reade’s allegations are not the only thorn in Joe Biden’s saddle.

Now that the hyper focus on CCP Virus seems to be winding down, Sen. Ron Johnson (R-Wis.) and Sen. Chuck Grassley (R-Iowa) are once again ramping up calls to investigate the Biden-Burisma connections.

The two senators are asking for records to be provided and interviews to be arranged by May 14 at the latest.

Are we tired of WINNING yet, Patriots? When the smoke clears…. 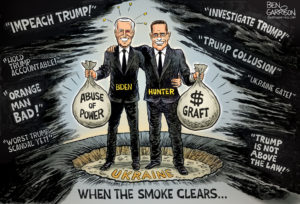 The Biden-Burisma investigation is again coming back into focus after the COVID-19 outbreak reset priorities for lawmakers and pushed the probe onto the back burner.

Two Republican senators on Thursday sent a letter to the State Department asking for records and interviews with persons of interest regarding Burisma Holdings, the Ukrainian energy company that once employed former Vice President Joe Biden’s son Hunter Biden on its board.  Co-signed by Sen. Ron Johnson (R-Wis.) and Sen. Chuck Grassley (R-Iowa), the letter requests interviews and documents that pertain to the probe. 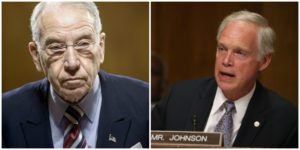 “The Committees are examining the extent to which representatives of Burisma used individuals with close personal connections to high-level officials within the Obama administration to gain access to and potentially influence U.S. government agencies,” they wrote in the letter, which is addressed to Secretary of State Mike Pompeo. 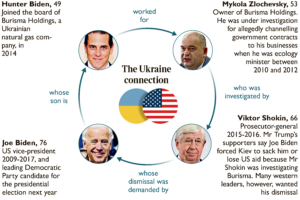 “Former Vice President Biden previously expressed that he wanted Prosecutor General Viktor Shokin fired. When did the United States government determine that Shokin should be removed?” Johnson and Grassley wrote in the letter. “Please explain the justification for that decision and how and when that determination was communicated to the Ukrainian government.”

Hunter Biden’s reportedly lucrative position on the board of Burisma while his father was in office has drawn the ire of Republicans.

In March, Sen. Johnson sought to subpoena Blue Star Strategies, a U.S. firm with ties to Burisma.
“As part of the committee’s ongoing investigation, it has received U.S. government records indicating that Blue Star sought to leverage Hunter Biden’s role as a board member of Burisma to gain access to, and potentially influence matters at, the State Department,” Johnson said at the time, The Hill reported.

But as the crisis caused by the outbreak of the Chinese Communist Party (CCP) virus, commonly known as the novel coronavirus, grew in severity and upended lawmaker priorities, the focus on the probe waned.  “There’s not much we can do for the time being, is there?” Johnson told The Hill in March, acknowledging the investigation was on the back burner as the Senate went on an extended recess.

The two senators asked for the records to be provided and the interviews to be arranged by May 14 at the latest.