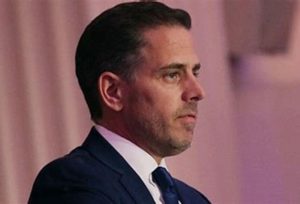 Judicial Watch uncovered Hunter Biden’s travel records. He traveled to 29 countries including 5 trips to China. He didn’t go to Ukraine. If he didn’t go to Ukraine, then how did he get on the board of ? His methods of travel included Air Force 1 and Air Force 2. It would not be allowed if any of Trumps kids used government air planes for travel? Do you think the media would be silent with them like they are with Hunter Biden?

Mail-in ballots are a petri-dish for fraud! A US postal worker threw away a GOP Sheriff’s campaign ads  in a dumpster.  Makes one wonder how many times ballot disposal has happened with no record of this kind of interference. If a foreign country printed our ballots, and used American’s envelopes, they could easily commit election interference. This is a real threat. Voter-ID is the only way to have a scandal-free election. 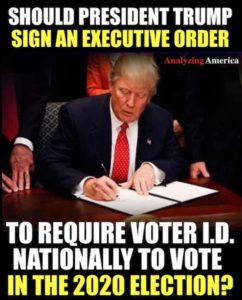 Trump’s been trying to get rid of Obamacare. Many States in the US are asking the Supreme Court to terminate Obamacare and replace it with a better and much less expensive alternative. Joe Biden is planning on giving free unlimited healthcare to illegals, who pay no taxes and have not earned the right to live in America. This is corrupt!

Pelosi is pushing for mandatory masks. It’s not about the virus. It’s about elections. If she can continue pushing fear, they think they might be more apt for vote by mail.

NY’s Governor Cuomo and Mayor DeBlasio, restricted Religious organizations from opening their doors. They told them they would be fined and jailed if they defied city and state orders. Yet, they allowed protests. Both groups operated within their first Amendments rights, the right to peacefully assemble, but one was restricted and one wasn’t. 5 religious leaders filed a lawsuit against the Cuomo, NY’s Attorney General, and DeBlasio saying their religious liberties were being violated. A Federal Judge agreed with the religious leaders.. a win for the Patriots!

People are trying to restore and clean up the area of Seattle affected by BLM and their criminal takeover. While many thugs have moved on, there is a core group still trying to hang on to what they had. They are lying in the streets while bulldozers are coming in. They think Seattle is theirs.

The same thing happened in Oklahoma. A core group thinking they could take over a couple cities in OK, didn’t believe the AG who said they would be arrested and taken to prison if they did not comply with authorities. This group should have believed him!

All around the country, these anarchists are being arrested for domestic terrorism. 10 year prison sentences for those who destroy statues. They cannot hide behind the skirts of the DS anymore because they aren’t in control. The Patriots are and vandalism is stopping.

Remove the police, place the Brown Shirts, Rioters, Looters, Vandals, were placed to scare the American people into submission. However, the Patriots mapped ANTIFA long ago, learned how they worked and created an effort to follow their every move.

Since ANTIFA is now labeled a terrorist organization, the US Military can use force against them, including their planners and funders. We know George Soros is the money behind ANTIFA.

Those governors who stood by watching criminals topple Federal statues are now being restricted from receiving Federal funding. In addition, Trump has been tweeting wanted posters of those who did damage to these cities. There are many. Folks, there’s a new Sheriff in town!

“This isn’t about left or right, Democrat vs. Republican anymore, This is ‘People that want to watch America burn’ vs. People that do not. That’s the only issue on the ballot this November: More riots, looting, lockdowns & statue purges – or Donald Trump. That’s your choice.” ~ Candace Owens