The Deep State Has Dug A Hole So Deep, There Is No Getting Out 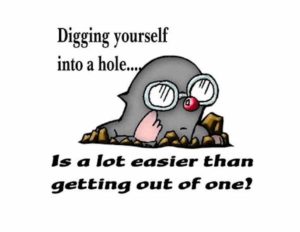 President Trump and his Administration’s agenda is to get rid of the Deep State and all their puppets. The media, the governors, mayors, etc., need to be exposed for who their allegiance is to. It’s not the American people.

While ISIS was the DS’s foreign terrorist, Antifa is the DS’s domestic terrorist. Trump is letting America, and the world see their true colors.

Joe Biden’s illness that he seems to be able to turn on and turn off, is making him look ridiculous to the public. He makes statements and calculations that are wrong. Even Pelosi and Schumer get George Floyd’s name all wrong. Why? Do they have dementia, too? Actually, it’s an agenda.

Biden has told Trump he will debate him but he knows there is no way he could win. So, most likely he will agree to debate right up to the point of the debate then will most likely bow out.

The Deep State is panicking! The evidence is coming out, we can see what is happening. What will they be forced to say in front of the Senate when they testify?  Who will be implicated? How will they get out of this? They have dug a hole so deep, there is no getting out.

With all of this Obamagate stuff going on; the note from Strzok which implicates Obama, Biden and others, the IG report, etc,. why are there no reporters in front of Obama’s house taking photos? Not one reporter has asked any questions. Why not? This is telling! They have been told not to. They have their marching orders. Since when do reporters not want a story… when they are given their marching orders.

Trump is going after Obamacare. The penalty of not signing up for Obamacare has been stripped away.  The entire Obamacare program was a failure. 50% of all the exchanges went bankrupt and thousands were left without insurance. We were told we could keep our doctors but that was a lie. We were fined for not obeying Obama and embracing his healthcare program.

Trump just won a court case where upon receiving medical care, staff must disclose pricing on every procedure. This will force competition. When competition is in play, the prices will go down.

The DS is pushing the 2nd wave of the coronavirus. More testing is being done and it appears more people have the antibody, but the death rate is going down. Soon, the rate will be next to nothing and when that happens, no one will be afraid. When it’s hot and humid like this summer weather, the virus dies and cannot live. 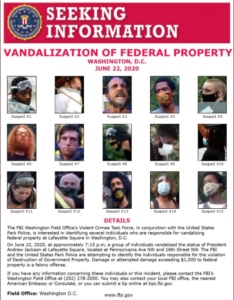 While Antifa was vandalizing and mayors and governors were watching, they were being tracked. White Hats were taking photos. Now, hundreds of arrests have taken place and more are being hunted. Trumps team is in control.

In the beginning, we were told that Cue was a fairytale. Then we were told Cue was a larp. Many names have been given to Cue, but though these attempts to silence Cue, the world began to wake up. The Cue movement is more powerful than the mainstream media is today. Narrative and repetition was replaced with facts and truth and people began to think on their own. They did their research, compared notes and realized the MSM has been lying for years even decades.

Facts are out there. We want truth, and dig for it. Through Cue’s encouragement, we have found it! WWG1WGA