Attorney General William Barr on Sunday released the “principal conclusions” of Special Counsel Robert Mueller’s completed Russia probe in a bombshell four-page letter to Capitol Hill lawmakers, which stated definitively that Mueller did not establish evidence that President Trump’s team or any associates of the Trump campaign had conspired with Russia — “despite multiple offers from Russian-affiliated individuals to assist the Trump campaign.”

Mueller’s team specifically looked into two Russian efforts to interfere with the 2016 election — first, the work by a Russian organization, the Internet Research Agency (IRA), to “conduct disinformation and social media operations” designed to “sow discord” in the U.S.”

According to Barr’s letter, “The special counsel’s investigation did not find that the Trump campaign or anyone associated with it conspired or coordinated with Russia in its effort” to interfere with the 2016 presidential election in that manner.

Next, Mueller investigated whether the Trump team was involved in the hacking of emails, many of which were released publicly, that belonged to the Hillary Clinton campaign and the Democratic National Committee (DNC).

“The Special Counsel did not find that any U.S. person or Trump campaign official or associate conspired or knowingly coordinated” with Russians who worked on those hacking efforts, according to Barr’s letter, “despite multiple offers from Russian-affiliated individuals to assist the Trump campaign.”

Mueller’s report did not reach a conclusion on whether the Trump campaign obstructed justice, and left that decision to Barr and officials at the DOJ. But Mueller “recognized,” according to Barr’s letter, that the lack of evidence that Trump was involved in collusion would undercut any obstruction case — which would depend on showing a corrupt intent by the president.

Barr added, “the Special Counsel states that ‘while this report does not conclude that the President committed a crime, it also does no exonerate him.'”

For Trump, who has tweeted more than 230 times that he and his team did not collude with Russians, the moment amounted to a near-total vindication. 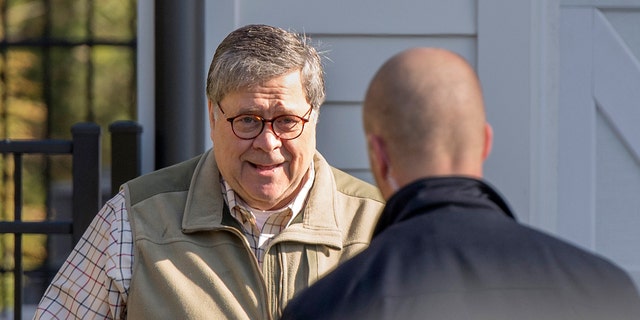 Barr’s disclosure was a capstone moment following the 22-month investigation that ensnared six former Trump advisers and associates — but resulted in no indictments related to collusion with Russia.

The letter promised to settle some of the largest outstanding questions of the Mueller investigation, even as Democrats on Sunday vowed to press on with other investigations, and members of both parties continued to push for the public release of as much of the Mueller report as possible.

Rep. Adam Schiff, D-Calif., the chairman of the House Intelligence Committee, said Sunday that he believed there remained “significant evidence of collusion” linking the Russian government with President Trump’s 2016 presidential campaign. Schiff said Democrats might subpoena Mueller if the full report is not released.

House Judiciary Chairman Jerry Nadler, D-N.Y., speaking to “Fox News Sunday,” insisted, “So we know a lot of things and maybe it’s not indictable, but we know there was collusion. The question is the degree.”

Democrat congressional leaders scrambled to respond to the end of the Mueller probe this weekend, holding an emergency conference call and discussing potential next steps.

A top Democrat on the Senate Judiciary Committee conceded to reporters Saturday that Barr’s release of Mueller’s conclusions likely would be a cause for celebration among President Trump’s supporters — many of whom have stood by the president for more than two years amid a torrent of unproven allegations that the Trump campaign illegally worked with Russia to influence the 2016 election.

WATCH THE MEDIA MELTDOWN OVER MUELLER REPORT — WAS MADDOW CRYING?

“It’s the end of the beginning but it’s not the beginning of the end,” Delaware Sen. Chris Coons said, echoing his party’s strategy of moving forward on to other investigations, including probes into Trump’s financial dealings. “Once we get the principal conclusions of the report,” he added later, “I think it’s entirely possible that that will be a good day for the president and his core supporters.”

Along those lines, Nadler said that Democrats would continue their efforts. 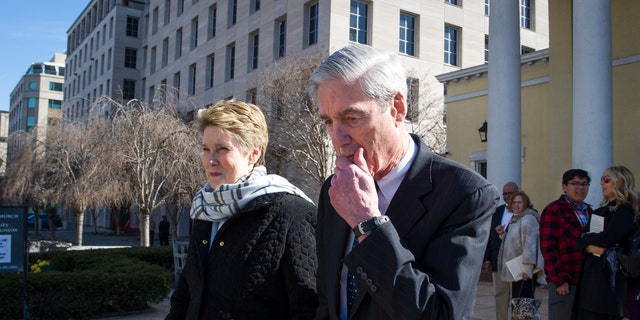 But House Judiciary Committee Ranking Member Doug Collins, R-Ga., speaking to “Fox News Sunday,” argued that Democrats were unlikely to uncover anything Mueller could not.

“As we’ve seen in the first two months of this Congress, [Democrats] really don’t have a policy agenda,” Collins said. “They have an agenda against the President. They have an agenda to try and win 2020. And so, what we’re seeing is, they think that they can go into the Judiciary Committee or any other committee and have a limited budget, limited subpoena power, limited staff and go up against an investigation that lasted 22 months, had unlimited power, unlimited subpoena power, had plenty of investigators — and they think they can find something more than what they did, then I think they’re sadly mistaken.”

A former senior law enforcement official echoed those remarks, telling Fox News that Democrats would lack key investigative powers that Mueller had, including the ability to convene grand juries — and that Nadler’s path amounted to trying to criminalize meetings with foreign actors that the special counsel apparently determined were simply not criminal.

Was press too invested in probe toppling Trump?

“With all the talk of the Democrats intensifying their House investigations,” the former official said, it was important to note that “unlike Special Counsel Mueller, Congress and the [DOJ Inspector General] cannot convene grand juries and initiate prosecutions. If Mueller couldn’t find collusion or conspiracy with every investigative tool, what do the Democrats expect to accomplish?”

Some conservatives, meanwhile, argued that Democrats should come under increased scrutiny for their contacts with foreign nationals. Hillary Clinton’s campaign and the Democratic National Committee (DNC) hired the firm Fusion GPS, which employed Britsh ex-spy Christopher Steele to produce an anti-Trump dossier that the FBI used to justify the surveillance a top Trump aide and kickstart the Russia probe — even as text messages exclusively obtained by Fox News this week revealed that the DOJ seemingly raised “repeated” concerns that Steele, whose anti-Trump views are now widely known, was politically biased.

The Trump aide, Carter Page, has not been charged with any wrongdoing, although the FBI initially alleged he had conspired with Russians.

On Sunday, Ohio GOP Rep. Jim Jordan said Sunday that if the Mueller report is disclosed publicly, then all documents relating to it should also be published — including the complete Foreign Intelligence Surveillance Act (FISA) warrant application to monitor Page.

“We have asked for that information to be made public a long time ago,” Jordan said in a televised interview.

In a show of confidence, for his part, Trump waved and flashed two thumbs up to supporters as he returned to his Mar-a-Lago estate in Florida on Saturday. The entertainer Kid Rock later uploaded a photograph of his golf outing with Trump earlier in the day.

This is a breaking story. Check back for updates.

Fox News’ Jake Gibson at the Justice Department and Chris Wallace contributed to this report.