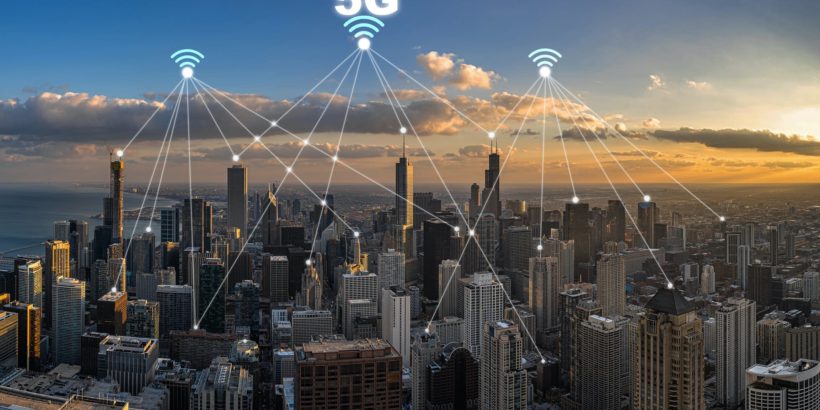 Good News for Those Concerned About 5G Rollout?

We’ve been ASSURED by Q and Q+ (POTUS) that our health and well-being has been PROTECTED.  We have seen proof of this through the Pandemic, as Trump and his team made sure our methods of testing were safe and comfortable (unlike the tests Fauci and crew had prepared).  We’ve also heard President Trump repeatedly say in his daily press briefings that any vaccines developed MUST NOT be harmful to the body! Hallelujah!

When I saw this article come up in the news, I felt quite excited!  Are we now seeing “CovFefe” come into play, Patriots? What frequency does current 5G use, I wondered? (HINT: what’s being proposed is NOT what’s been used in the past!) Sleep well, knowing Q+ has the Light on for us.

Our current GPS system carriers are already transmitting in this newly proposed “L” band frequency. These L band waves are used for GPS units because they are able to penetrate clouds, fog, rain, storms, and vegetation. Only more dense environments like heavy forest canopies or concrete buildings can cause GPS units to experience difficulty.

Having considered all of the above, as well as having 100% Faith in President Trumps declared focus on preserving the quality of our health as human beings, I’m very excited to hear this new development! Bill Barr and Mike Pompeo also weigh in on this proposal with support, so we know this applies to Trump’s Vision to Make America Great Again!

“We have compiled an extensive record, which confirms that it is in the public interest to grant Ligado’s application while imposing stringent conditions to prevent harmful interference,” Pai said in a statement (pdf). “The draft order that I have presented to my colleagues would make more efficient use of underused spectrum and promote the deployment of 5G and Internet of Things services.”

The low-power terrestrial bands, also known as L-band, refers to the radio spectrum in the range from 1 to 2 GHz. Satellites using the L-band spectrum are considered essential for the fast nationwide deployment of 5G networks and development of the related Internet of Things (IoT) service because of their potential to overcome the shortcomings of 5G towers, which can be easily blocked by buildings, trees, and other establishments.

Ligado’s application has been objected strongly by the Department of Defense for a decade.
“We have very strong technical evidence that would suggest that moving forward with that proposal would cause harm to the adjacent GPS (Global Positioning System) spectrum,” Dana Deasy, the chief information officer of the Pentagon, said during a press conference. “Therefore, we continue to believe it’s in the best interest—and I believe I can say this on behalf of all the agencies—it’s in the interest of the government not to pursue the Ligado licensing requirement.”

The Pentagon is not the only agency that pushed back on the draft order.

The National Telecommunications and Information Administration (NTIA), which is part of the U.S. Department of Commerce, also said in a filing (pdf) that they’re unable to recommend the FCC’s approval on behalf of the executive branch.

However, the FCC said that the draft order would ensure that adjacent band operations, including GPS, are protected from harmful interference.

Key to Fend Off China’s Dominance in 5G: Barr

Ligado said in a statement that the potential FCC approval will improve mobile 5G coverage indoors and outdoors and accelerate the deployment of 5G networks. The company said it is committed to protecting GPS after its application is approved.

“Ligado is committed to the twin goals of protecting GPS while delivering highly secure and ultra-reliable communications to accelerate next-generation technologies and the Industrial Internet of Things (IoT),” the company stated.

Attorney General William Barr, a former telecom executive, said in a statement that the draft order is strategically important.

“This is essential if we are to keep our economic and technological leadership and avoid forfeiting it to Communist China,” he said in a statement. “Freeing up L-band spectrum for use in tandem with the C-band, as the Chairman proposes, should greatly reduce the cost and time it will take to deploy 5G throughout the country and would be a major step toward preserving our economic future. I hope the full Commission moves forward quickly.”

Barr chairs an interagency committee that advises the FCC on national security and law enforcement concerns related to certain license applications by companies under foreign ownership or control. The committee, known as Team Telecom, has existed for years and was formally established by President Donald Trump on April 4 in an executive order.

*Reuters contributed to the report