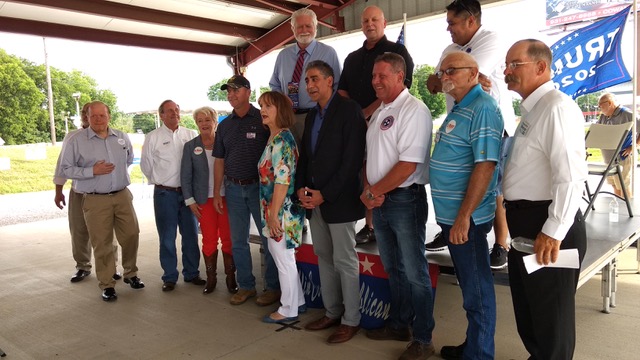 When will Rep. Desjarlais’ alleged violations of ADA & HIPPA be looked into?

At the rally, challenger Doug Meyer asked Rep. Desjarlais why he had leaked Mr. Meyer’s private medical records to Mrs. Joanne Davis, State GOP Executive Committeewoman. Then, according to multiple witnesses, he asked both Rep. Desjarlais and Mrs. Davis why they had leaked his private information to the GOP chairmen in all 16 counties of the 4th District three days prior to the Franklin County (TN) ‘Meet & Greet’. 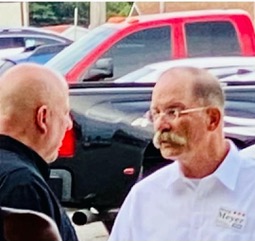 Initially, Rep. Desjarlais denied any knowledge of the leak to Mr. Meyer, but then he wondered aloud as to how Mr. Meyer’s private information could have been accessed. In actuality, Rep. Desjarlais has had access to Doug Meyer’s Constituent Services file since 2018.

For the record, Mr. Meyer has a condition that is the result of serious musculoskeletal injuries that occurred during his military service, with persistent symptoms continuing to the present time. This medical condition does not prevent him from running for and serving in public office.

Why was Mr. Meyer’s private and confidential information given to each of the District’s 16-county GOP offices three days prior to the Meet & Greet rally? At publication time, both Rep. Desjarlais and Mrs. Davis have yet to respond to these specific questions.

For that matter, why did Mrs. Joanne Davis, (a member of Franklin County’s GOP since changing from Democrat to Republican in 2010), also leak Mr. Meyer’s private information across the 4th District, which covers more than 6,000+ square miles? And why did both Rep. Desjarlais and Mrs. Davis decide to leak Doug Meyer’s private information to the American Legion Posts as well as multiple Veterans’ service organizations in the area? 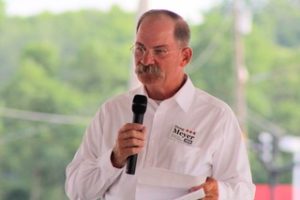 Subsequently, multiple eyewitnesses, including a VanBuren County GOP executive, have heard both Rep. Desjarlais and Mrs. Davis state that Mr. Meyer should not be running for office because ‘he was unfit and shouldn’t even be traveling or campaigning’.

Also, according to Doug Meyer, Mrs. Davis threatened to ‘destroy him’ when he announced his intentions to run against incumbent Scott Desjarlais. Mrs. Davis has allegedly made the same threats to previous contenders in past elections as well.

In addition, Mrs. Davis was also heard spreading malicious lies about Doug Meyer, including that he’s a ‘falling-down drunk’ and a ‘raging alcoholic’. Nothing is further from the truth. It’s dirty politics at its worst. For the record, Doug Meyer is a teetotaler.

After providing his private & sensitive medical information to Desjarlais’ Constituent Services Offices in March 2018, Mr. Meyer won his claim base SOLELY on medical evidence despite receiving NO assistance from Rep. Desjarlais or his staff.”

It is extremely unsettling that Rep. Desjarlais and members of his campaign would stoop to these disturbing actions to discredit an opponent. Not only are these actions unethical, they are a direct violation of the ADA (American Disabilities Act) and/or HIPPA.

As an elected public servant, Congressman Desjarlais has a fiduciary responsibility to protect all his constituents, not discriminate or disclose their private information. Instead, Mr. Meyer’s private medical records were secretly released by someone inside the Desjarlais campaign without his knowledge or written permission.

This fiduciary responsibility falls on Mrs. Joanne Davis as well. An avid campaigner for Rep. Desjarlais since his first race in 2010, Mrs. Davis absolutely knows this, and she should. Her husband is a long-time Franklin County attorney and judge while her brother Bob Peters is a long-time criminal attorney. All three are lifelong residents of Franklin County, Tennessee as well.

It now appears that further investigation of the local GOP offices in Tennessee is needed. For instance, while gathering information for this story, I’ve learned that lifelong Democrat Joanne Davis changed her party affiliation to the Republican Party in 2010, during Obama’s second year in office. She then handpicked physician Scott Desjarlais to run for the 4th District House seat. Why did she change parties? Why did she pick Scott Desjarlais?

*July 1 @ 4:40 pm  After this went to press at 2:23 pm, Scott Desjarlais’s Chief of Staff Richard Vaughn provided this comment in response to the allegations made in this article: “Rep. Desjarlais denies these accusations, they are unfounded and untrue. He also said that he communicated this directly to Mr. Meyer.”

According to Mr Meyer, in conversation Rep. Desjarlais denied any personal knowledge of Mr. Meyer’s records being accessed, then said “I don’t know how it could have gotten out!”

Marti Faith
I’m a proud retired USArmy veteran, a graduate of DINFOs (the Defense Information School), w/a BS degree in News Editorial Journalism. I’m a defender of our Constitution, an advocate for truth & justice, and I live my life to serve my Father, YeHoVah. “If it needs to be said, Marti Faith will say it!”