Once We Have The Facts, The Media Has No More Power 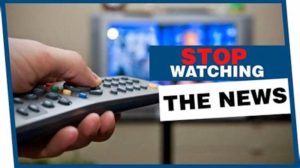 What happens to a country where citizens begin to think for themselves, and research and gather facts of the narratives they have been taught of all their lives? What happens if they take that research, setting all propaganda aside, and see the outcome for the truth it beholds?

Once we have the facts, the media has no more power. This is what we are seeing in real time with the Q movement.

The story of Iran paying the Taliban… we all knew it was fake, yet the media lied to us saying Russia paid the Taliban. Some reporters kept pushing the narrative, but Press Secretary, Kayleigh, reminded the country that the information was not verifiable therefore, Trump was not going to receive it, and that he did his job.The media tried to ‘play’ the sleepers, once again.  But is it really working, anymore?

Trump is ending all the wars that have been going on for a very long time. Troops from Syria, Iraq, Lebanon, Afghanistan, and 9,500 troops from Germany. We’re not going to war with Russia! Even the Taliban wants peace with Afghanistan and is seeking it. It is the DS who keeps fueling the idea of war. Why? Unrest, division, and they get to line their pockets. It’s been their game all along.

Be aware of the recent SCAM where you may get a phone all, a text, an email, etc., asking for you to COVID-quarantine yourself for a payout. Don’t fall for it, it’s fake. The Justice Department is investigating it.

Some states are locked down even though their death rates have nearly ceased. Some states are opening because they understand this excessive lockdown has been a hoax. In the beginning, the media reported on the deaths, but now they are not. Isn’t now the best time for the media to be reporting the low death count? Why aren’t they? They are the enemy of the people and want us to remain in fear. 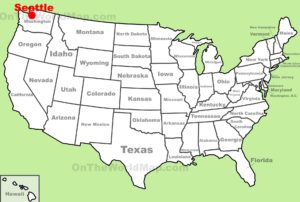 In Seattle, as we know, ANTIFA/BLM have held blocks of the city hostage. The mayor sat back, told the police to stand down, allowed business destruction, rape, kidnaping and murder to take place.

Trump offered assistance to the state, telling Gov. Inslee and Seattle’s, Mayor Durkin, to let him know when. They ignored his offer.  Then, a mob attacked Durkin’s home who then apparently, demanded police protection. Because she felt the sting of her own incompetence as mayor, she ordered the thugs out of the city and the city was rescued in under an hour.

Just like with Seattle, Trump allowed the DS puppets to destroy their cities to allow the people to see who the real enemies of America are. People who destroy statues and the U.S. Constitution are enemies of the America.

“This is a battle to save the Heritage, History and Greatness of our Country!”
~ President Trump

Behind the skirt of the COVID pandemic, Joe Biden will not be rallying nor will he debate Trump. The  DS is keeping the lockdown going. They are ruining the economy, keep Biden hidden long enough to bring in the real candidates so we have to do mail-in-voting.

That’s what this is all about. We saw that coming and because we saw it coming, their 16-year plan failed. Patriots are in control!