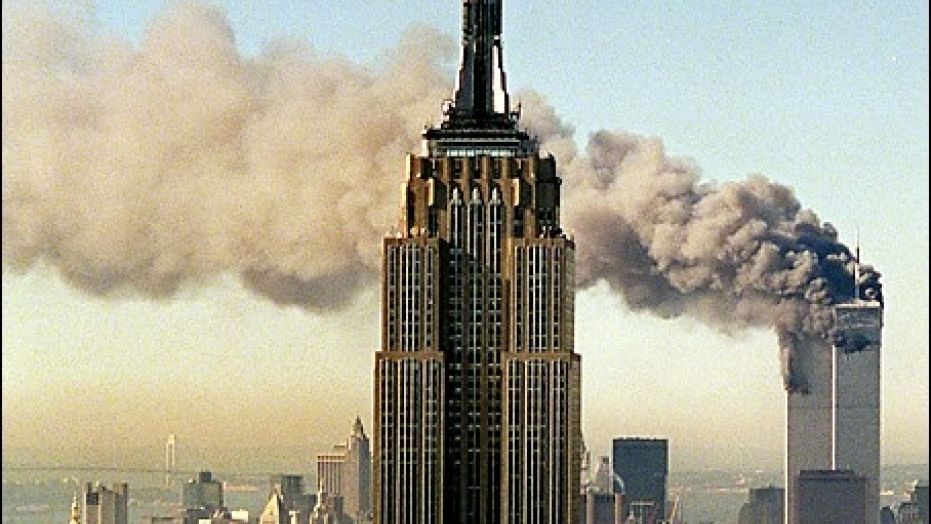 “Tim, get to work,” my brother solemnly said over the phone. “It’s going to get worse.” I had received the call just as the first tower was struck, and we didn’t know all that was yet to come. Like so many other Americans on September 11, 2001, I had simply been getting ready for another day, eating breakfast and reading the newspaper.

As I jumped in the car and began driving downtown as fast as possible, I called my wife Colleen, who was eight-and-a-half months pregnant with our first child. I let her know that something was happening in Manhattan, I needed to be there, and I didn’t know when I’d be home again.

When you go back to school this year, go in style. We’ve got your back (and your feet!) to achieve the best coordinating look. Take a look!

Next I called my buddy Jeff, who my wife and I had asked to be the godfather of our unborn child. I told him too that I was headed into the city – and added I had a bad feeling firemen were going to lose their lives. If something would happen to me, he would have to care for Colleen and his godchild.

By the time I arrived on scene, the North Tower had also collapsed. Over the next several days, we started the work of putting New York City back together.

This year, on the anniversary of September 11, 2001, I will concentrate on the words: “If Not Me, Then Who…” and hope others will too consider this call to action which exudes America’s national character.

Years later, I was stationed at Rescue Company #1 in Midtown Manhattan, which had lost eleven men on September 11, 2001. I was humbled to be one of several firefighters who would help continue their legacy.

With visitors to the station, I was always eager to relay acts of bravery by everyday people in that fateful moment. They remain emblematic of our country’s resilience as well as a fundamental testament to our character. So when two Marines knocked on our door one evening in late 2006 — and as a former Marine myself — I was especially enthusiastic about swapping stories.

One of them, a Marine First Lieutenant, reflected on the deployment he had just returned from, and spoke passionately about the challenges that awaited him in several weeks on his next deployment. He truly believed in his mission, and was certain he was the right man for the job. I admired his resolve. I wished him luck, and sent him off with a few hats and t-shirts.

Eight years later, in December 2014, a friend and fellow firefighter handed me a book, Brothers Forever. It’s the account of two best friends and Naval Academy roommates who went on to become a Marine and a Navy SEAL. Both gave their lives in service, and are now buried side-by-side in Arlington National Cemetery.

I was so compelled, I tore through it. But midway through, I was stopped immediately in my tracks.  I read about how, before his last deployment, the young Marine made trip to New York City to visit Rescue Company #1. He recounted spending time with a firefighter and after sharing stories, having been reminded of why he was soon deploying to Iraq. The Marine also mentioned that he had returned with a hat for his father, a memento to remember him while overseas.

In that moment I realized the Marine I had spoken with in 2006 was 1st Lt. Travis Manion, the subject of the book and a hero who had gone off to Iraq to never return home. I also learned that, during the ambush in which he was killed by sniper fire, he drew fire away from his two wounded teammates, allowing them to be rescued. For this, Travis was awarded the Silver Star and Bronze Star with Valor.

I immediately reached out to Travis Manion Foundation, the organization that now bears that Marine’s name. I was taken by their commitment to supporting veterans and families of the fallen, and ensuring that the strength of character these men and women demonstrated – and continue to demonstrate – lives on in succeeding generations of Americans.

Scrolling through the organization’s website, I stumbled upon the foundation’s motto: “If Not Me, Then Who…” Those five words were Travis’s response to a family member, who had joked that if Travis were to break his leg, he wouldn’t have to return to Iraq.  Reading them took me back to my frantic, 100-mph drive into Manhattan on September 11, and the sense of duty that kept me, my colleagues, and fellow citizens strong in the following days, weeks, months, and years.

It also took me back to that evening in late 2006, when I met Travis.  And though I had not even caught his name, I knew that he was driven a sense of duty to country. Since then, I’ve been honored to be a part of Travis Manion Foundation alongside other volunteers who have posed Travis’s question to themselves.

Today, our country seems divided more than ever. But as I look back on how our great nation united together seventeen years ago in the face of adversity, my hope is that we can rekindle the support and care for one another that seems to have faded. This year, on the anniversary of September 11, 2001, I will concentrate on the words: “If Not Me, Then Who…” and hope others will too consider this call to action which exudes America’s national character. And by doing so, I pray that we will remember the heroes we’ve lost, and just as importantly, that we will find the strength to live and defend what they stood for.

Tim Sullivan is a Lieutenant with the Fire Department of New York’s (FDNY) Special Operations Command.