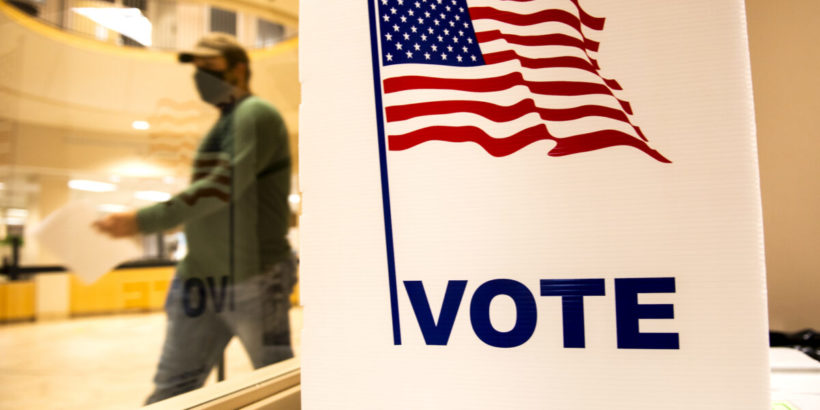 Voter fraud is real. We have learned that many have tampered with ballots, tossed them in dumpsters, have hidden them in their basement, etc.  What seems to be more incredulous are violators are registering DEAD people to vote but are they getting away with it? Some believe it’s worth the risk.

Under the Trump Administration, many were incarcerated for the 2018 elections for voter ballot crimes.

Let’s win fairly or lose fairly, but not by cheating. Nobody likes a cheater!

The person from Columbia, South Carolina, submitted over 50 new voter applications with 19 envelopes in the same handwriting to the Broward Election Office in July. Staff in the election office flagged and turned over those suspicious applications to the Broward State Attorney’s Office, The South Florida Sun-Sentinel reported.

A follow-up investigation uncovered that most of the persons named in the applications—listed as Democrats—were deceased, Broward County elections spokesman Steven Vancore told CBS Miami.

Correspondence between the state attorney’s office and Broward Elections Supervisor Pete Antonacci shows that officials could not determine who mailed the registrations because there was no return address.

At least three applications were added to the Broward voter rolls in July, but none of them were reported to have voted, The South Florida Sun-Sentinel said, citing officials.

Florida allows people to register to vote through the mail, but the county will mark dead people in its files as ineligible to vote, according to state data. When people show up and vote, the state requires a valid government ID to do so, according to CBS Miami.

Voting under a false registration is more difficult because the voter would have to show identification before either voting or mailing in a ballot, according to Antonacci.

“This is an organized effort by someone who knew a little bit about Florida law but not a lot, and had a scheme to either undermine the Florida registration system with fake voters, or intended to vote 50 times,” Antonacci told The South Florida Sun-Sentinel.

There is a lag time between when a voter dies and elections officials are notified, and the scammer appeared to take advantage of that, he said.

“The system is based on the honor system, and the honor system is supposedly bolstered by the fact that if you lie on one of these applications, it’s a crime,” Antonacci said. “With determination, you can muscle your way in.”

Florida State Attorney’s office spokeswoman Paula McMahon refused to comment on the alleged fraud in an email to The Associated Press.

“We cannot comment on an ongoing, active criminal investigation,” she told the media outlet.

The most serious potential violation was Criminal Use of Personal Identification, which would carry a mandatory minimum sentence of 10 years in prison, Assistant State Attorney Tim Donnelly said in a letter to Antonacci back on Oct. 22.

The Associated Press contributed to the report.