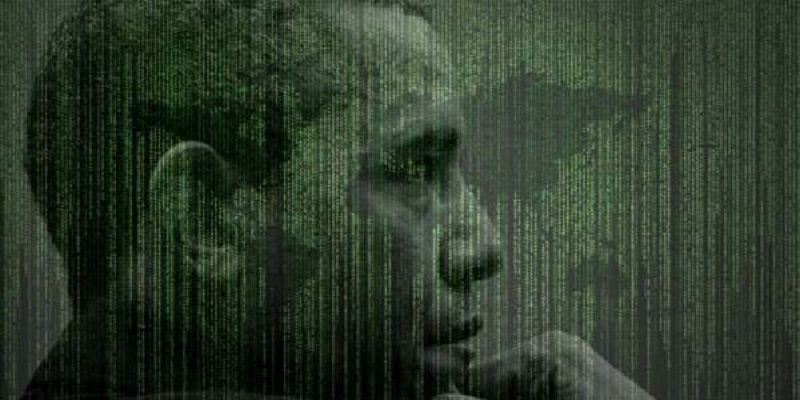 Deep State actors in the Obama Administration illegally spied on many Americans over during Obama’s eight years in office.  They reportedly did this because they were guilty of many crimes and Hillary had to win to cover them up.

Sundance, at the Conservative Treehouse, put together another great report related to the corrupt actions of Obama’s Deep State actors attempting their overthrow of candidate and President Trump.  He discussed in detail the horrible FISA abuse perpetrated by the Obama Administration which was uncovered by former NSA Director, Admiral Mike Rogers.

Once the illegal spying on Americans was halted by Admiral Rogers’ actions, the Deep State turned to the Steele dossier:

Fusion GPS was not hired in April 2016 to research Donald Trump. As shown in the evidence provided by the FISC, the intelligence community was already doing surveillance and spy operations. The Obama administration already knew everything about the Trump campaign, and were monitoring everything by exploiting the FISA database.

However, after the NSA alerts in/around March 9th, 2016, and particularly after the April 18th shutdown of contractor access, the Obama intelligence community needed Fusion GPS to create a legal albeit ex post facto justification for the pre-existing surveillance and spy operations. Fusion GPS gave them that justification in the Steele Dossier.

That’s why the FBI small group, which later transitioned into the Mueller team, were so strongly committed to and defending the formation of the Steele Dossier and its dubious content.

The Steele Dossier, an outcome of the Fusion contract, contains two purposes: (1) the cover-story and justification for the pre-existing surveillance operation (protect Obama); and (2) facilitate the FBI counterintelligence operation against the Trump campaign (assist Clinton).

An insurance policy would be needed. The Steele Dossier becomes the investigative virus the FBI wanted inside the system. To get the virus into official status, they used the FISA application as the delivery method and injected it into Carter Page. The FBI already knew Carter Page; essentially Carter Page was irrelevant, what they needed was the FISA warrant and the Dossier in the system {Go Deep}.

The Obama intelligence community needed Fusion GPS to give them a plausible justification for already existing surveillance and spy operations. Fusion-GPS gave them that justification and evidence for a FISA warrant with the Steele Dossier.

Ultimately that’s why the Steele Dossier was so important; without it, the FBI would not have a tool that Mueller needed to continue the investigation of President Trump.  In essence by renewing the FISA application, despite them knowing the underlying dossier was junk, the FBI was keeping the surveillance gateway open for Team Mueller to exploit later on.

Sundance and the Conservative Treehouse are absolutely correct.

However, looking back we believe there is even more to this story.  The Obama Administration was involved in numerous crimes.  Many probably haven’t even come to light yet.  We’ve since uncovered payments in the millions and billions in the Ukraine and China to the Bidens.  Items we were unaware of in November 2016.

But based on what we knew in November 2016, there were many reasons Obama’s Deep State spied on candidate, President-elect and President Trump.  They had to hide their unethical if not criminal actions.

In the 30 days leading up to the 2016 Presidential election we reported a reason a day to vote for Republican Donald Trump for President over Democrat Hillary Clinton.  Our list was before we knew the corrupt Obama Administration was spying on candidate Trump and many others.

I left the Dems, but I’ve never told how I came to Trump.Even after I walked away, I still hated Trump. I spent 2017 learning the corruption of DC, the media, the state of peril ??was facing. Then I saw this video of the man who stepped up to fight for us: https://t.co/K7Ar0cSERz pic.twitter.com/vffvJsnHIP

We stated: “We believe that after reading and viewing the posts below you will agree that only one person deserves your vote for President of the US in 2016 – Donald Trump.”

Note that virtually all of these reasons had to do with Deep State corruption and all related to the destruction of the United States or how a President Trump could stop it.  We then found out our votes mattered:

We voted in a winner for America: