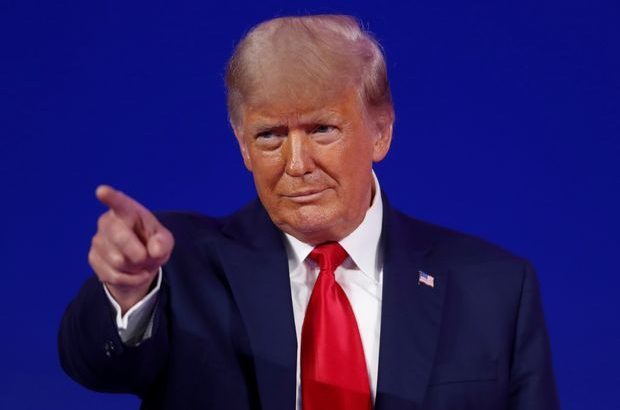 The Biden administration is having a tough time undoing Donald Trump’s web of immigration policies, which is frustrating the current Oval Office occupant and his staff.

When Joe Biden took office, his handlers had a stack of executive orders for him to sign, and many of them were related to reversing Trump-era effective immigration enforcement policies.

But as it turns out, according to the Immigration Policy Tracking Project, the Trump administration implemented more than a thousand immigration-related rules and procedures, leaving in place an extensive, intertwined web of policies that are not proving easy to change.

President Biden is finding it increasingly difficult to unwind his predecessor’s immigration regulations as the administration grapples with a surge of migrants at the southern border.

Trump officials put in place some 1,000 different immigration measures, according to figures compiled by the Immigration Policy Tracking Project, creating a complex and lengthy process for an administration that is seeking to turn the page on the Trump era.

The administration is trying to unravel those rules in the face of immediate challenges. Officials on Saturday night said the Federal Emergency Management Agency will launch a 90-day effort to care for the influx of unaccompanied migrant children at the U.S.-Mexico border.

In the meantime, Biden’s people are asking for everyone to be patient while the administration deals with a crisis-level influx of illegal immigrants and unaccompanied migrant children.

“We can’t just undo four years of the previous administration’s actions overnight. Those actions didn’t just neglect our immigration system; they intentionally made it worse. When you add a pandemic to that, it’s clear it will take significant time to overcome,” said Roberta Jacobson, President Biden’s southern border czar, at a White House press briefing last week.

Over the course of four years, thanks to constant lawsuits and Congress being little help at all, Trump and his staff implemented rules

— Banning asylum-seekers from waiting out their cases inside the U.S. (because most would never show up for their hearing 3-5 years later);

— Restricted green cards to any immigrant who was likely to need taxpayer-funded benefits and ‘assistance’;

— Got rid of rules set up to shield immigrants from deportation if they claimed they were being persecuted — without evidence — in their home countries (because this excuse was being abused);

— Put in new administrative procedures for people wanting to emigrate to the U.S. and/or become American citizens.

Often, that got done by internal means such as the issuance of guidance docs, memoranda, and legal opinions, or simply by elongating the rulemaking processes.

“Undoing all of that requires, as to each policy, an assessment of what the replacement ought to be, what the legal requirements are for changing it, and what the operational and logistical challenges are for implementing a new policy,” Guttentag, who served as a senior counselor at the Department of Homeland Security (DHS) under the Obama administration, told The Hill.

The task now facing the Biden regime to undo the Trump-era immigration rules is akin to “bureaucratic archeology” and will take some time to disentangle due to the various, interlocking nature of the policies and rules.

Other immigration policy experts noted that the previous administration utilized a layered strategy by combining orders and regulations whereby many policies were essentially duplicated.

“It was sort of an all-of-the-above approach using all the levers of power available to the executive branch to short-circuit the system entirely,” Jorge Loweree, policy director at the American Immigration Council, said.

“Each one of those systems will require a deliberative process by the new administration to shield them from litigation challenges,” he added.