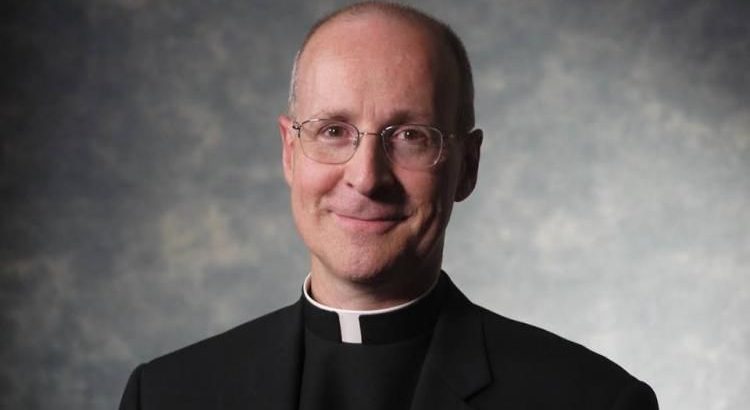 Encouraging families to pray together connects them, strengthens the bond between their members through faith and this can have a ripple effect throughout society, changing the whole nation, Rev. David Guffey told The Epoch Times.

Through peaceful prayer gatherings people in the Philippines were able to overcome political turmoil in 1986, Guffey, executive producer of the documentary “Pray: The Story of Patrick Peyton,” said on The Epoch Times’ “Crossroads.”

Guffey’s documentary tells the story of Rev. Patrick Peyton, an Irishman who emigrated to America with a dream of becoming a millionaire, but instead became a Catholic priest who promoted “the power of family prayer” through massive rallies and media shows featuring celebrities.

Peyton believed that “when people invited God into their home that God would help people face in the same direction.” That would draw people out of themselves toward God, but it would also help to keep them united and connected with one another, Guffey said.

In December 1985, a prayer rally was held in Manilla, Philippines, and Peyton, then a sickly 76-year-old priest, was pondering whether to go there, as he had quite a large following in Manila, Guffey said.

He decided to go to Manila and 2 million people showed up at the “family praying together” rally. It was the biggest gathering during his mission years, according to the Father Peyton Center. Peyton gave an encouraging talk at the rally to support people who gathered there, Guffey said.

A month before the rally was held, Philippine dictator Ferdinand Marcos, who was accused of corruption and embezzlement, announced a snap presidential election.

Corazon Aquino, widow of the dictator’s rival, Benigno Aquino Jr., who had been assassinated, ran against Marcos.

The election was held in February 1986 and the government’s election commission declared Marcos a winner while independent observers claimed that the regime committed election fraud and that Aquino won the majority of the votes.

Aquino’s supporters rallied in the streets, not with weapons but with rosaries, praying together, Guffey said. “They were prayer rallies as much as they were  political rallies,” he said.

Marcos sent troops and tanks to quell the demonstrations but many of the soldiers had mothers, fathers, and other relatives in the crowds praying the rosary, Guffey continued.

“Everybody realized that they were in it together, not a shot was fired, [and] the troops essentially went back to base,” he said.

As a result of this peaceful movement, also known as the “people power” revolution, Marcos left the Philippines several hours after his inauguration and Aquino became president.

“People faced tanks, guns, and prospects of violence through the prayer of the rosary. And they went as families, they went as communities inviting soldiers to see neighbors and friends and offering them roses and the rosary,” Cardinal Luis Antonio Tagle, former archbishop of Manila, said in the documentary.

Guffey remarked that late Cardinal Jaime Sin, archbishop of Manila and a leader of the Catholic Bishops Conference of the Philippines at that time, said that it was prayers, especially the rosary, that saved the country because people were together as one in prayer and it made for a peaceful transition of power.

“It’s the story of a country acting like a family together,” Guffey said.

Peyton experienced “a miraculous healing in his own life he attributed to the intercession of the mother of Jesus and he wanted to repay her,” Guffey said. Peyton was ordained in 1941 when the world was tormented by World War II which posed challenges to families, Guffey explained.

“[Peyton] grew up in Northern Ireland [in] a really very poor farm family … but he considered himself really rich in the sense that every night their family gathered in the kitchen, and they knelt on the floor, and they prayed the family rosary. And that so shaped his life and the life of his brothers and sisters that that kept them in harmony,” Guffey said.

The family was very important to Peyton so he started preaching the importance of prayer, especially family prayer, Guffey said. Peyton encouraged people to pray together to connect with God and their families because by doing it together people are bound by their faith, Guffey continued.

Every relationship can go through difficult and stressful times that can draw people apart, Guffey continued. “[What] holds people together [is] a common commitment to prayer, a common commitment to faith and values. And regularly sustaining that by practices within the home can be such a support for that family and that just ripples out throughout all of society,” he said.

Peyton focused on prayer because he had seen the fruits of what it had brought to his own life and to people around the world, Guffey said. The families that prayed together thrived.