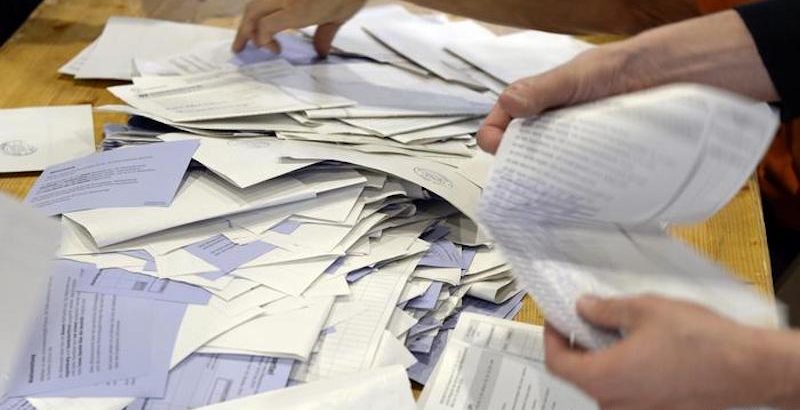 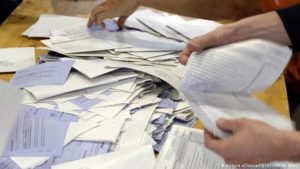 A team led by Lynda McLaughlin, along with data scientists Justin Mealey and Dave Lobue, presented the results before the Georgia Senate Judiciary Subcommittee on Elections.

Mealey worked as an electronic warfare technician in the U.S. Navy for nine and a half years and was a former Central Intelligence Agency (CIA) contractor as a data analyst and programmer for the National Counterterrorism Center. He currently works for one of the “Big Four” accounting firms as a programmer.

Lobue is a data scientist with over a decade of experience in a number of industries.

“What we have here is we actually have fraud that we can prove in this election, there was fraud in Georgia’s election, we can prove it with data,” Mealey said. “The voting will of the people of Georgia is not reflected in what was certified by the Secretary of State.”

According to their analysis on time series election data which was published online as early as Dec. 24, Trump’s votes were decrementing in various counties instead of increasing as they do normally.

17,650 votes were allegedly switched from Trump to Biden as result.

The team said the switching happened at the county level and was hard to be observed at the state level because the decrements were offset by accurate data uploaded by other counties.

A “clear example of vote switching” happened in DeKalb county, they said.

In this single event, 12,173 votes were switched, the data scientists believe.

“I want to make that very, very clear that at no point in an incremental process, should you decrement it,” Lobue said.

McLaughlin’s team didn’t name any state official, county official, or related voting machine manufacturers for wrongdoing. They emphasized that the analysis is not partisan.

“The analysis we’re going to be reviewing is purely scientific, not based on any political affiliation, red, blue, left, or right. The objective really focuses on numbers, data, and machine network systems,” he said.

The Georgia state secretary’s office didn’t respond to a request for comment from The Epoch Times. State Secretary Brad Raffensperger and his office have denied vehemently that systemic election fraud occurred during the November election.

The experts said during the Wednesday hearing that they believed the switching could have happened during the Results Tally & Reporting (RTR) process.

Poll workers can reject or validate ballots during the RTR process. In a widely-circulated video, an elections supervisor in Coffee County demonstrated how Dominion Voting Systems voting software allows votes to be changed through an “adjudication” process. The process allows the operator to add vote marks to a scanned ballot as well as invalidate vote marks already on the ballot, The Epoch Times reported.

Based on a statement from Richard Barron, director of Fulton County Board of Election and Registration, ballot adjudications happened substantially in the county with the largest population in The Peach State.

“We scanned 113,130 as of moments ago, we’ve adjudicated 106,000 plus [93.7 percent] of those,” he can be seen saying in a video clip. “The only ballots that are adjudicated are if we have a ballot with a contest on it in which there’s some question as to what, how the computer reads it. So the vote review panel then determines voter intent.”

However, the unofficial results which were used in the analysis by McLaughlin’s team should be published after the adjudication process, according to a Dominion tally and reporting user guide (pdf) which is available on the website of the Colorado State Secretary’s office.

It would be unlikely to cause Trump’s votes to decrease.

There’s a step called “auditing” in the RTR process after the ballots are adjudicated and data is published and sent to the state secretary and media data port. It appears that adjustments can still be made if needed after the unofficial results are made public during the “auditing” step.

The user manual does not provide detailed information about what specific changes, if any, can be made during the auditing process, including whether ballots can be added or subtracted during that process.