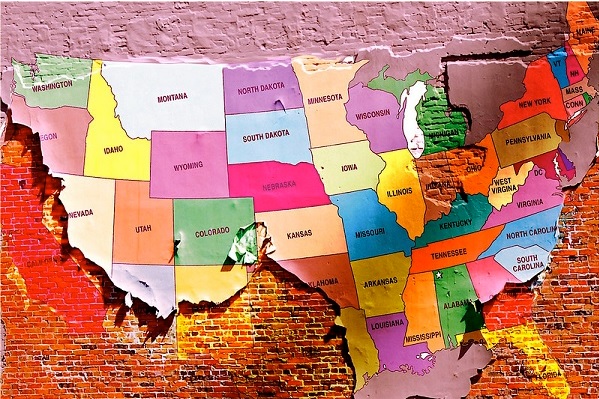 “If you stand for family values, it helps if you have some.”

—from the British series Van Der Valk, Payback in Amsterdam

It should be abundantly clear to all Americans by now that the Democrat party’s agenda is to destroy the nuclear family by any means necessary.

And yet Joe Biden can hardly open his mouth without touting his own family values by praising his sons, Beau, who passed away, and Hunter, who is criminally inclined on various fronts.  But the party continues to aggressively promote all manner of sexual deviancy; the mutilation of children who even for five minutes question their gender; inserting pornography into schools, even elementary schools; and the imposition of Critical Race Theory that divides Americans into two groups, the oppressed and the oppressors.  They make no attempt to hide their contempt for parents who want some knowledge of and control over what their children are taught in school.  The tyrannical A.G. Merrick Garland has deemed such parents “domestic terrorists” and sought to have them arrested if they speak at school board meetings against the left’s curriculum.

In short, it has long been the goal of the globalist left to destroy the nuclear family.  Young people must become disembodied so the evils of artificial intelligence can be introduced, inserted, welcomed.  Biden just signed an executive order that commits billions of dollars to this end.  These are very evil people, these family-destroyers and mutilators of children; these people who mean to remake men into women and women into men.  The institution of marriage will go by the wayside, as intended.  For the first time, just over 50% of babies born in the U.S. are born out of wedlock.  There are no “family values” among Democrats.  It is now a phrase they use to indict all conservatives for being insufficiently woke.

How do we know this?  How else to explain their intent to permit abortion up to and including when labor begins and just after?  Obama, while a state senator and then as president, made his support of infanticide clear.  The rest of the left is now on that bandwagon — no restrictions on abortion.  None!  How’s that for evil?  The Democrat party does not consider a fully formed human baby to be…well, a human baby.  They also consider any human baby’s sex at birth to be “guesswork” by the delivering doctor.  They insist that men can become pregnant, and they cannot define “what a woman is.”

These are the most perilous times Western civilization has ever endured and the most self-destructively ridiculous.  A minority of radicals has successfully imposed insidious “wokery” on us all.  Wokery makes mere political correctness seem bland by comparison.  Their response to opposition?  Censorship.  The left is no longer interested in debate or bipartisanship; leftists intend to suppress and criminalize the opinions of their opponents.  To that end, the FBI and the DOJ now function as instruments of the Marxist Democrat party.

Now we know that a bevy of well funded anti-conservative groups have worked together to censor any and all groups whose facts and opinions they consider “misinformation.”  California’s malevolent governor just singed into a law a bill that would strip the medical licenses from doctors who deviate from the catastrophically wrong management of COVID.  He has mandated no gas-powered cars after 2035.  This makes California a virtual police state.  No deviation from the state-ordered narrative is allowed and will be punished.  This is the stuff of China’s Communist Party.  But then Joe Biden is a creature of the CCP; they made him rich, got him elected, and are reaping the rewards for which they paid billions of dollars to the Biden family.  All of this brings us to what the left and the right are calling an “inflection point.”  The left wants to take us into global totalitarianism; the right wants to preserve America as founded, with reverence for the Constitution and the Judeo-Christian values on which it was based, such as the nuclear family.

Back to the leftist sexualization of children — the Democrats have been busy.  Activists insist that pedophiles should be called “minor-attracted persons“!  There is a branch of the left in France and in Australia that promotes the permission of adult sex with children.  Their goal?  The wholesale eradication of children’s innocence.  In some states, if parents refuse to consent to “gender affirmation,” an Orwellian phrase if there ever was one, the child may be removed from the home.  How’s that for the destruction of the family?  Parents are losing rights over their children day by day thanks to the malicious left.

The nagging question is this: do the leftist Democrats and their slavish propagandists in the media and Big Tech who promote and campaign for all this pernicious nonsense think they are doing the right thing?  Do they believe themselves to be moral people?  Chances are that they do; they believe themselves to be far superior and more enlightened than any conservative who reveres family values.  But in fact, any politician or activist who advocates for the teaching of Critical Race Theory, transgenderism, and pornography (grooming) in elementary and middle schools is malignant.  It is not possible to excuse them with “they know not what they do.”  They know very well what they are up to: the destruction of the United States as a world power.

If there is one pure thing we all need to know about the left, it is that it has no respect for the individual or for the rights guaranteed to each of us by our Constitution.  Leftists care only about groups — race, sexual orientation, criminals, illegal migrants.  These are the groups they use and abuse for political purposes as cudgels on hardworking taxpayers.  They want chaos, so they foment it.

The left made the phrase “family values” a pejorative, an insult to indict America-loving, religious people, even marginally religious Americans who value their families, honest hard work, and their communities.  These are the people who cannot grasp why we are sending billions and billions of dollars to Ukraine and not to our own disastrously porous border that has been breached by nearly five million migrants from all over the world without regard for their potential danger to American citizens.  For this Biden should most certainly be impeached; it is the demographic dissolution of our nation, their goal.  He should be impeached as well for his total capitulation to China and Iran, all part of Obama’s anti-American team’s plan.  Taking this nation down is their goal, and they’ve seemingly done the job.  For example, there is no more “equality under the law.”  Our military has been eviscerated by abject submission to transgenderism.  There will be no warriors — just men and women beaten down by absurdity.

Bottom line?  The Democrat party and its WEF globalist pals among the self-appointed elites of the Western world are enemies of America and everything it has long stood for.  They loathe the Constitution, our Bill of Rights, especially the First, Second, and Fourth Amendments; they want us censored and unarmed, easily threatened and raided.  But freedom-loving people around the world are waking up to their authoritarian goals and beginning to fight back.  Giorgia Meloni’s victory in Italy is a grand sign of hope for the future.  Let American voters continue the trend and send all our wannabe, hope-to-be dictators — Pelosi, Schumer, Schiff, Cheney, etc., all those who take Soros money to get elected — packing. 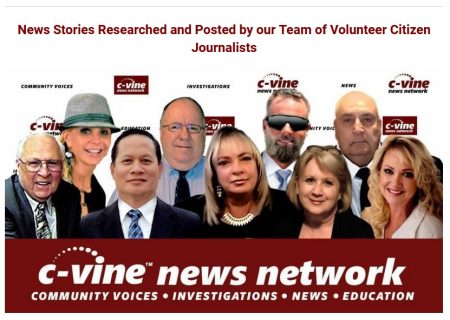 “Visit our (no charge) website at https://c-vine.com to read the news without a paywall, or choose to become a monthly member & help support us if you can.
If willing or able, to do a “one time” contribution… click the “DONATE NOW” section at the top in the task bar.