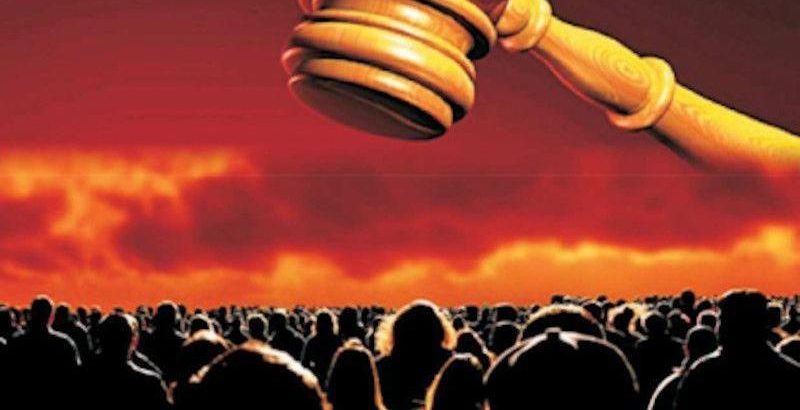 This written commentary is my analysis of the latest X22Report audio. The X22Report gives a daily brief on current political affairs. For the audio/video version of this report, please click here >  X22Report.com. 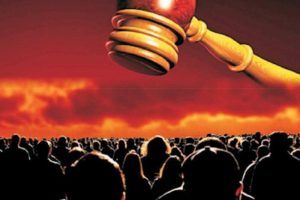 THE CURE WILL SPREAD WORLDWIDE, TIMING IS EVERYTHING, JUDGEMENT DAY [sic]

Things appear to be heating up for the Deep State. All the ‘Posts’ we have read, studied and researched these past four years are pointing to this very week. Is this the end-game for the DS?

From the very beginning, President Trump and those he has been working with, have been planning how this week will play out. The ‘drops,’  Air Force One, the National Guard, are all beginning to make a lot of sense now. Even though we still don’t know the timing of everything, we can be certain everything is being put in place.

President Trump has created this time in history where the people take back our country. Many posts have stated, ‘infiltration from within.’ Many undercover operations have been taking place during these past years. Could it be that the good guys played this game too…that law enforcement and others have gone undercover, within the terrorist group ANTIFA, or Hollywood, or BIG Tech platforms, to assist in exposing the Swamp?

Documents, audios, videos, and other sources have been given to the President. We now watch and wait to see how it plays out. Optics are very important!

Kamala Harris finally resigned her Senate seat on Monday, January 18th, 2021.  Why did she wait so long to do it?

President Trump has been signing several Executive Orders in his final days of his first term, one being the Executive Order on Building the National Garden of American Heroes. A very long list of those who impacted our American History are among those being heralded.

For those still asleep, it may come as a surprise that war hero, John McCain, is not on that list.

Another EO signed by President Trump is the Executive Order on Protecting Americans From Overcriminalization Through Regulatory Reform. What does this mean?

This EO protects Americans from being prosecuted for crimes they had no idea they were committing. Regulations have become so numerous and so confusing that oftentimes people unknowingly broke the law. This EO give protection against such unfairness.

James O’Keefe has put out numerous videos submitted by whistleblowers within certain companies including Twitter, exposing them of the unfair censorship on people. This is all pointing to Big Tech getting very nervous. They thought if they brought down Patriots’ accounts on Facebook, Twitter, YouTube, Instagram, SnapChat, etc., we would have no place to communicate.

However, the squeeze simply forced Patriots to find other means of social media; CloutHub, Gab, Telegram, Minds, Bitchute, Rumble, and Parler (which is currently down). They didn’t expect people to find these alternatives.

A lobbyist group is suing Apple in an effort to get messaging platform TELEGRAM removed from the App Store. Apple owns the App Store and has the ability to remove any application it deems necessary or if pressured to do so.

Many of these media platforms can be found on the internet but finding them through the App store is quite convenient.

Vijaya Gadde, Head of Legal Policy and Trust says, ” The Civic Integrity policy in particular has a range of options from labeling the removal in some instances to permanent suspension. But whether we believe Trump’s tweets are inciting violence and having real world harm, I think we’ve seen that in fact, they are.” 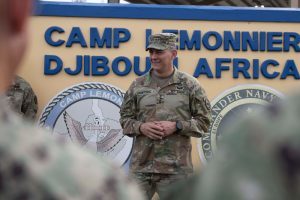 President Trump has done an amazing job ceasing the endless wars, something he set out to do from the beginning. Libya, Iraq, Lebanon, Syria, Afghanistan, are some of the countries our troops are being removed from.

Post 894 shows an image of Trump and Obama. Then the posts states,  “When we’re done he’ll claim Kenyan citizenship as a way to escape.” Could this be why Pompeo was in Kenya making some kind of deal with their government?

The people around the world are fighting back against their governments. In Italy, 50,000 restaurants opened in mass-civil disobedience despite evening curfew restrictions.  Even with lockdowns, they are not abiding by the rules imposed on them anymore.

What happens when everyone has had enough and opens their restaurants, gyms, etc., at the same time? The government loses control and it’s already happening.

The National Guard has built fencing around the U.S. Capitol and other areas around Washington D.C. The Deep State has been in support of this despite not being in favor of the fencing at the Mexican border.

Why did they put troops outside of the Capitol building to protect themselves from Americans? They weren’t afraid of illegal aliens coming into our country, killing, stealing and pillaging our people but are afraid of the every day American. Why is this?

President Trump is always steps ahead of the DS. With D.C. being declared a state of emergency, he now controls the National Guard.

The DS seems to be nervous because they want to vet the National Guard. If each troop member took an oath to protect the U.S. Constitution, why do they need to be vetted? The FBI has moved ahead with this, but at this point, nothing leads anyone to believe a breach of security exists.

The National Guard troops in D.C. are being sworn in as special Deputy U.S. Marshals. 18 U.S. Code 3053 states:  ‘United States marshals and their deputies may carry firearms and may make arrests without warrant for any offense against the United States committed in their presence, or for any felony cognizable under the laws of the United States if they have reasonable grounds to believe that the person to be arrested has committed or is committing such felony.’

While VP Mike Pence was speaking to the 10th Mountain Infantry Division, it was noted the nearby helicopter had a ‘Punisher’ insignia on it. At the end of his speech, Pence stated, “…and the best days for the greatest nation on earth are yet to come in this one nation, under God, indivisible with liberty and justice for all.

Over the past four years, have we been watching a game of chess? Many ‘posts’ have indicated we have been. Post 4281 begins by asking, “How about a nice game of chess.” 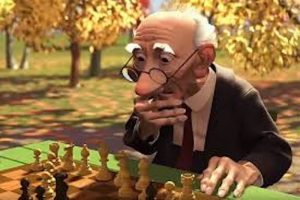 President Trump is a master chess player. Could he be using the same strategy to drain the swamp as he uses to win in a game of chess? It appears so.

The Federal Communications Commission (FCC) sent a warning:
AMATEUR AND PERSONAL RADIO SERVICES LICENSEES AND OPERATORS MAY NOT USE RADIO EQUIPMENT TO COMMIT OR FACILITATE CRIMINAL ACTS.

This warning appears to be monitoring ANTIFA, BLM, and other thugs, giving them fair warning to stop committing crimes using these small channels. It also appears to be warning platforms such as Twitter, to stop controlling the narrative by censorship. We are not the United States Of China, but the DS seems to think we are.

America is about freedom; freedom of the press, freedom of religion, freedom to support the 2nd Amendment, freedom of speech, freedom to embrace our history. The DS is in opposition to our freedom. They have been planning the takedown of America for a very long time, but they have not won, not yet!

DNI John Ratcliffe boldly stated there was Chinese interference in our 2020 election. This is important.

This sting operation is in full swing! Post 1258 reminds us that in the end of his first term, Trump will not show his hand.

‘Should we tell all the good people watching the day & time?
Red carpet rollout?
Think logically
The world is watching.’

Timing is everything! Many ‘posts’ indicate January 19th as the day the plan is revealed but most likely will take place when President Trump boards AF1 on the 20th.

Another EO President Trump signed into law is on ‘Protecting law enforcement officers, judges, prosecutors and their families.’  Due to their line of work, many face unique risks to their safety and safety of their families.

Does this EO reflect what is to come with prosecuting the DS? The DS is known for going after people who disagree with them.

The CEO of Parler had to flee his home last week due to death threats by the DS. Now with this EO, he and countless others have legal recourse.

Many things are different from what we originally thought. 11.3 and 11.4 and 11.6 are perhaps not dates like we previously thought. It is now thought these numbers go to the manual of the U.S. Defense Laws of War.

Article 11 has sections. Do these ‘numbers’ coincide with what is currently taking place?  It seems to be but we’ll have to see how it plays out.

The largest sting operation the world has ever seen, is taking place right now. The DS/MSM has been pushing their agenda for a very long time and now they are trapped in their foolishness.

President Trump did not interfere in their stupidity, but allowed them to destroy themselves by self-exposure. They showed their hand: what they really think of the people, how they would censor, remove our rights, violate our freedoms. We saw it all!

President Trump forced the DS’s hand into making this dark plan happen faster. Dark to Light! It was either this way, or Civil War. We know President Trump has not brought war on any country within his presidency. He wants peace an has always been about peace.

The DS tried to push Civil War by using agitation through the media. If he wasn’t our President, we would be at war, but he had to wake the people up.

When people are awake and become angry, they demand change. This is where we are. If we were told we’d have to wear masks, be locked down, couldn’t go to work or school, lose our businesses, feel the sting of censorship even witnessing the President of the United States being censored, we’d never have believed it.

If someone said looters and rioters would burn businesses, and the mayors and governors would not call law enforcement and simply look the other way, we’d never have believed it. We had to see it play out and we did.

Get ready, Patriots; it’s time! The Great Awakening is in full swing.