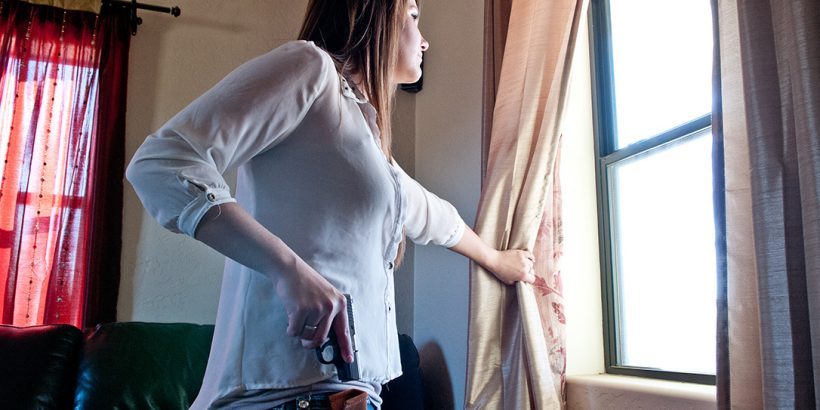 By Tim Schmidt, opinion contributor — 03/06/21 01:30 PM EST (The views expressed by contributors are their own and not the view of The Hill)

Across the nation, local gun stores are continuing to feel the effects of skyrocketing demand and limited supplies for firearms. One store in Columbus, Ohio, says their stock could be wiped out in the next few weeks. And if people are lucky enough to purchase a firearm right off the shelf, reports of ammunition shortages will be everyone’s next hurdle. Across Texas, gun store owners are seeing how the surge in firearm sales throughout 2020 has affected the availability of both firearms and ammunition.

Last year’s drastic increase in gun sales and background checks may have been linked in part to Americans’ fears surrounding the COVID-19 pandemic and growing unrest across the nation, but it’s also clear there has been a growing national awakening among Americans who want to defend themselves and their families. Along with growing gun sales and more people exercising the right to self-defense, there has been increased demand for firearm safety and training courses. The U.S. Concealed Carry Association (USCCA) has experienced exponential growth in education and training over the last year. In 2020 over 2,000 new instructors joined our ranks of 7,000 instructors across the country. It’s clear that as Americans’ interest in owning a firearm grows, so does their understanding that training and education is a necessary part of being a responsible gun owner.

Today, with the pandemic still on our front doorstep and a new administration underway that many fear will impose more strict gun laws, people are finding it increasingly necessary to responsibly protect themselves. In fact, January marked the highest overall number of firearm-related background checks ever recorded in our nation’s history.

With millions of new gun owners in the U.S. and 21 million gun sales last year alone — including a higher rate of women and minorities — it’s more important than ever that these responsibly-armed Americans are supported rather than criminalized. That is why our elected officials today need to work together to solidify national reciprocity for concealed carry permits to finally relieve law-abiding gun owners from the burdensome patchwork of state laws governing concealed carry.

Take, for example, a family from Indiana who’s traveling to visit relatives in Missouri, carrying with them a concealed firearm for safety. If this family travels the most direct and common-sense route — through Illinois — they are suddenly breaking the law and potentially facing criminal charges if stopped. Unless this family detours hours down through Kentucky to avoid crossing through Illinois — which doesn’t have reciprocity with any of its surrounding states — they’re breaking the law. Scenarios like this, coupled with antiquated concealed carry laws, force people to choose between traveling much longer distances to reach their destination or leaving themselves unprotected… ultimately, forfeiting their natural born right to self-defense.

Americans shouldn’t have to risk becoming criminals simply for crossing states lines while carrying their lawfully-owned firearm. That’s why it’s crucial that Rep. Richard Hudson’s (R-N.C.) recently introduced Concealed Carry Reciprocity Act of 2021 (H.R. 38) becomes law — so that responsible citizens can exercise their right to self-defense while they are traveling or temporarily living away from home. This is especially important at a time when more Americans are opting out of air travel and choosing to drive long distances, often across multiple states, with their children and other loved ones.

It is clear that today, Americans greatly value their natural-born right to self-defense and their ability to carry a firearm. We’ve seen this ourselves at the USCCA with skyrocketing demand in firearms-related training and education. Now, Congress must act by making it possible for any law-abiding gun owner — anytime, anywhere — to travel freely with their firearm without the risk of breaking the law when traveling. Millions of responsible, law-abiding Americans are counting on the National Concealed Reciprocity Act, and it’s time to move it forward.

Tim Schmidt is the president and founder of the U.S. Concealed Carry Association.