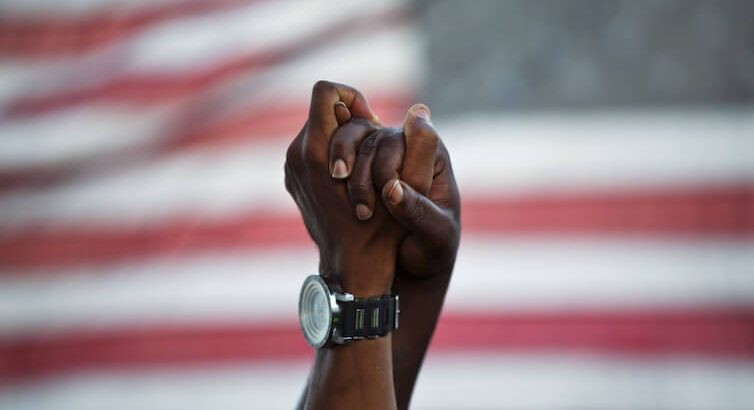 Perhaps the most frightening thing happening in America is the weaponizing of race and gender. We need to be wary, because this is a war for power. This is a war to deny American citizens our Constitutional rights and to create a totalitarian society controlled by the woke left.

We must not allow this to happen, or it will mean the defeat of all the principles and all the freedoms that this country was built upon. The latest battle in this war is the media coverage of, and the Democrat talking points about, the horrific recent shootings in Atlanta. But I believe the war started years ago.

The first battle I can remember in this war was after the shooting of Trayvon Martin by George Zimmerman. The first thing I heard about it, from Democrats and the liberal media, was that a white supremacist had shot and killed an unarmed black boy. White supremacist? When I did a little research, I found that Zimmerman’s mother was Hispanic. A Hispanic white supremacist? That didn’t make much sense. In fact, over the course of his trial in the press, his trial in the public eye, and eventually his trial and acquittal in court, he was presented by those on the left as “white.” They had to make him out to be white in order to foment the race war they wanted.

And let me be clear, the left is starting a war in the name of “social justice” to destroy real justice and to enslave Americans to their woke ideology. Many Democrat politicians aren’t actually interested in the ideology as much as they’re interested in power. Attaching themselves to these divisive, far left principles is a quick route to power.

The majority of the foot soldiers in this war, the everyday “progressives,” believe they’re bringing about justice. They have good intentions, but we all know where those can lead. I know many of these people, the middle- and upper-class residents of places like Palo Alto and Los Altos Hills near where I used to live in California. These people are insulated from the immediate effects of this war. They live in multimillion dollar houses. In gated communities. They pay accountants to find loopholes to avoid paying taxes, so they don’t mind voting to raise them. They send their children to private schools, not the woke public ones. And, as we found out, they sometimes bribe admissions officers to get their kids into prestigious colleges, so the racial quotas being introduced at these institutions don’t matter to them.

The #MeToo movement is another front in this war. Any woman can now come forward and accuse any man of any indiscretion, without proof, and destroy his life and career. The most egregious example, of course, was how Justice Brett Kavanaugh was treated based on a single, unreliable, uncorroborated account of an alleged act as a teenager that even under any law was rude rather than criminal. And yet I’ve lost progressive friends who can’t understand how I could support a “sexual predator” in the Supreme Court. These people, of course, consider Bill Clinton to be one of the best presidents in history. Which is proof that this war is not about ideology but about power.

Actress Rose McGowan, the feminist crusader, may be an extremist, but at least she has a single standard—she calls out alleged sexual harassment wherever it appears, unlike Democrat politicians who use it only to attack opponents. This means they use it only against Republicans, except when they find it expedient to turn on one of their own, such as Al Franken and now Andrew Cuomo.

It’s no coincidence that when Cuomo was gaining publicity and being discussed in the press as a candidate for attorney general, previously silent women suddenly showed up to accuse him of harassment. The first accuser was Lindsey Boylan, who not coincidentally only spoke up after becoming the Democrat candidate for Manhattan Borough President.

The 2014 shooting of Michael Brown after disobeying and then threatening police officer Darren Wilson started the riots in Ferguson, Missouri, and the Democrats found a great opportunity to obtain more power by encouraging the riots in the name of “social justice” and “racial equity.”

Last year’s riots in major cities across the United States were encouraged by the Democrats. Lawlessness, it turns out, can gain them supporters not only among the criminal classes but also among the guilt-ridden, middle class woke leftists and the goalless Millennials who generally need a purpose in life and want to blame their failures not on their own laziness but on some unseen systemic racism and sexism, even though corporate America, government offices, the media, sports franchises, high tech companies, and most other institutions in this country are run by progressives or by those who are afraid of disobeying progressives.

The most recent, and perhaps stunning, example of this war is political reaction to the horrible shootings at massage parlors in Atlanta. Six of the eight people killed were identified as Asian, though that term encompasses everyone from China, Japan, Korea, India, the Arab Peninsula, the Middle East, Israel, and the South Pacific islands. Without any knowledge of the shooter’s motives, and without any known history of animosity toward Asians, this has been called a hate crime by Democrats everywhere, including President Joe Biden and Vice President Kamala Harris in their announcement of solidarity with the “Asian community.”

But what about the non-Asian victims of this horrific crime? They go ignored because the Democrats can’t use their deaths for political power. Unless, of course, those other victims can be identified as some “underrepresented minority” to which the Democrats can pander.

The Democrats and the progressives have started a war that’s leading to totalitarianism by dividing America into groups, fueling hatred among those groups, convincing members of those groups that Republicans and conservatives hate them, and that Democrats are their only hope.

Those who lived under repressive regimes in the Soviet Union, communist China, and other totalitarian states have seen this same divide-and-conquer strategy work, allowing politicians to rise to absolute power, resulting in the curtailing of freedoms, ubiquitous poverty, and a state of constant fear among citizens.

I don’t know how to stop this, and I hope it’s not too late to do so, but all of us must be vigilant and do what’s necessary to hold onto American values and our God-given freedoms.

Bob Zeidman is the creator of the field of software forensics and the founder of successful high-tech Silicon Valley firms, including Zeidman Consulting and Software Analysis and Forensic Engineering. He is the author of textbooks on engineering and intellectual property as well as screenplays and novels. His latest novel is the political satire “Good Intentions.”