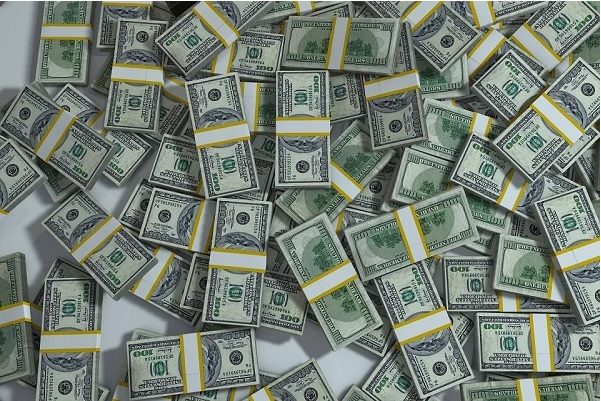 Our current secretary of the Treasury, Janet Yellen, is busy trying to find a way to tax wealth without calling it taxing wealth.  She has eyes on taxing unrealized capital gains.  What this means simply is taxing people for money they have not earned or received.  That’s it in a nutshell.  That definition should leave even those who have never had a course in accounting or finance shaken.

Not only is Janet Yellen considering this, but the Democrat party is on board as well.  Democrats claim that it is needed in order to pay for their agenda.  You know — the one that President Biden says pays for itself.  The idea of taxing you for the income you have not made is also a policy speaker of the House Nancy Pelosi proposes.  Apparently, there is some confusion here.

Looking at this from my point of view, I recalled a picture of Casey Stengel, nicknamed “the ol’ Professor,” when he was the manager of the New York Mets in 1962 — a team considered the worst team to ever play in the major leagues.  He had his hat off and scratched his head with the caption: “Can’t anybody here play this game?”

Think about how absurd this idea is.  Imagine if an Internal Revenue Agent showed up at your house and said, we decided that you have to pay tax on the money you never earned.  Aside from how insane that sounds on the surface, one need only ask: “If I didn’t receive or earn that money, with what do you expect me to pay the tax?”  That, in a nutshell, is the entire problem.

This is not the first time the government and corporate officers have made this insane mistake.  Our “smartest guys in the room” types keep proving they are anything but.  There are more than enough lessons from history that show for a fact how ridiculous this idea is.

I recall a lesson from my professor in Intermediate Accounting.  He described a time when corporate executives told accountants they were doing their jobs wrong.  One of the examples he gave was that management would tell the accountants we have assets — our buildings, for example — that are worth more than what you are showing on our balance sheet.  The accountants told them, that is because we adhere to the historical cost principle of accounting.  That principle is related to the conservative principle of accounting — which, incidentally, has nothing to do with a political viewpoint.

The professor went on to explain by asking the class: if you increase the value of an asset on the balance sheet by debiting that asset, where does the offsetting credit go?  This is based on the double-entry system of accounting.  There is only one place it could go: retained earnings.  You could first put it in a temporary income account, but it will, at the end of the accounting period, end up in retained earnings.

This presents two immediate problems: 1) it overstates net income; therefore, it also overstates taxable income.  This is what the previously mentioned dilettantes are intending to do with this proposal.  And, as previously stated, there is no realized income to pay the added tax.  2) Stockholders would look at the financial statements of the corporation and see all this money available in retained earnings.  They began to accuse the corporations of not distributing all this income.  As a result, the corporation would then distribute this newfound “wealth.”

What needs to be considered is this: what exactly did those companies distribute when they paid those cash dividends?  They paid them in worthless paper.  Think about it on a personal level.  If you live in a house worth $100,000 and it is reassessed for $125,000, do you have $25,000 in cash available to spend?  Try writing a check against that.  Unfortunately, that is what corporations were doing.  Beyond that, this is exactly what the Democrat plan is for.

When was this a standard practice of accounting, or malpractice?  It came to a grinding halt on October 24, 1929.  It was the event that led to the Great Depression of the 1930s — something we may need to fear if this insanity of financial plans comes to fruition.

Here is an explanation from the History Channel website:

During the 1920s, the U.S. stock market underwent rapid expansion, reaching its peak in August 1929 after a period of wild speculation during the roaring twenties. By then, production had already declined and unemployment had risen, leaving stocks in great excess of their real value.

They mention leaving stocks in excess of their real value but never mention the foolish accounting methods that were at the root of it.

The causes of those accounting scandals were due to abandoning Generally Accepted Accounting Principles (GAAP).  Corporate executives often think they can make a corporation better off financially by bending or breaking the rules of accounting.  Our government, local state, and federal, has a nasty habit of doing the same thing, usually with disastrous results.  Changing the rules of accounting has the same effect on entities of all types as ignoring the rules of physics has on engineering or architectural projects.

If the Democrats in Congress go ahead with this so-called infrastructure bill, we can expect history to repeat itself in egregious ways.

David Ennocenti, is a retired accountant and graduate of the State University of N.Y. at Buffalo, School of Management with a degree in accounting and finance.  He passed the CPA Examination in 1983.  His writing has appeared in  American Thinker,  USA Today, The New York Times, and several other publications.  His screenplay, Sniper Queen, was an official selection of The Artemis Women in Action Films Festival.  He is a past winner of the Writer’s Digest Annual Competition.