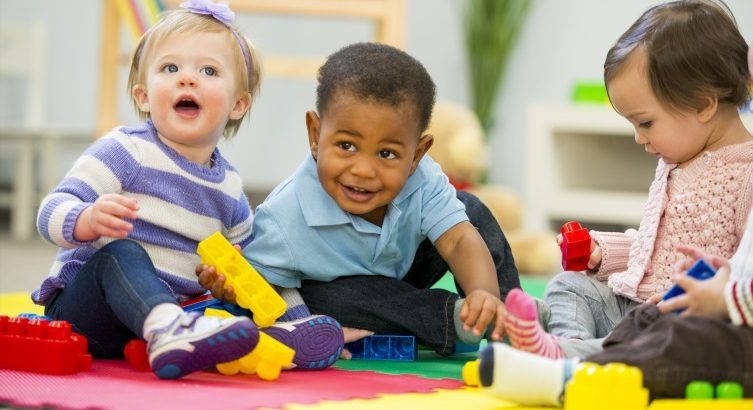 A new study published in a special issue of the journal iScience links low doses of antibiotics around birth to significant changes in the infant microbiome. The study, conducted on mice, also linked antibiotic exposure to important changes in gene expression in parts of the brain responsible for neurodevelopment.

This research, “Effects of Early-Life Penicillin Exposure on the Gut Microbiome and Front Cortex and Amygdala Gene Expression,” may help explain the disturbing rise in neurodevelopmental disorders that we’re seeing in children in the United States and other industrialized countries around the world.

The scientists dosed the mice with penicillin at amounts that would be on par with what humans would receive. The research team then compared the composition of microbes in the pups of the two exposed groups to that in pups in the control group.

The scientists found that exposure to even low doses of penicillin changed the composition of the microbiome in the mice. More specifically, the antibiotic-exposed pups had notably decreased numbers of the beneficial bacteria, lactobacillus, among other species of bacteria and notably increased numbers of Enterococcus, Enterobacteriales, and Pseudomonas, among others.

The scientists further found that these changes were linked to changes in gene expression in the brains of the exposed mice. Most disturbingly, perhaps, this experiment showed that multiple pathways crucial for normal neurodevelopment were negatively affected in the antibiotic-exposed mice.

In other words, due to antibiotic exposure, “the gut-brain axis is perturbed leading to organizational effects that permanently alter the structure and function of the brain,” according to the scientists.

They go on to conclude that early-life antibiotic exposure may harm the developing brains of human infants similarly.

“These results provide evidence that early-life antibiotic exposure in humans may have effects not only on the infant microbiome but also on gene expression within critical brain structures, including the frontal cortex and amygdala, which are vulnerable to perinatal insults,” the scientists wrote.

Dr. Robert Zajac, a pediatrician based in Eden Prairie, Minnesota, who wasn’t involved in the study, finds these results to be concerning, but not surprising. Zajac said that he and his medical team try to not use antibiotics unless they’re absolutely necessary.

“Occasionally we recommend antibiotics when harmful bacteria grow beyond our immune system’s ability to self-correct. But that same antibiotic (or worse, other antibiotics that are used without a benefit that justifies the risk) can wreak havoc on our healthy and helpful microbiome, disrupting our gut flora for months or even years,” Zajac said.

For many babies, antibiotic exposure usually begins before birth. In fact, there’s evidence that a large percentage—perhaps as much as one-third—of the 3.75 million babies born in the United States each year are getting dosed with antibiotics before, during, or just after birth.

One review article, published in 2015 in the journal Pharmacotherapy, found that antibiotics account for nearly 80 percent of all medications a woman might be prescribed during pregnancy and that between 20 to 25 percent of pregnant women will use antibiotics to treat urinary tract infections, sexually transmitted disease, and upper respiratory infections.

At the same time, the Centers for Disease Control and Prevention (CDC) now recommends that prophylactic antibiotics be given to all laboring women who test positive for Group B strep. Illness due to Group B strep remains relatively rare (approximately 1 in 600 live births). But another study, of more than 7,500 pregnant women, revealed that nearly one-third of pregnant women were given antibiotics. In that study, published in March 2013 in the journal Obstetrics & Gynecology, only 13 percent of pregnant women showed risk factors for Group B strep, but 31 percent of the participants received prophylactic antibiotics anyway.

While the 2013 study emphasized the success of the prenatal use of antibiotics to avoid Group B strep infections, which can be dangerous or even deadly for newborns, the data within it suggests that we’re prescribing antibiotics to pregnant women far more often than necessary.

According to the CDC, 31.7 percent of all births in the United States are via Cesarean sections. For surgical birth, intravenous prophylactic antibiotics are almost always prescribed, ostensibly to prevent maternal infection. If these antibiotics are started during labor or any time before the infant’s cord is clamped, the baby will be exposed as well. The baby will also be exposed to antibiotics via the mother’s milk, as many antibiotics are secreted in detectable amounts in breast milk.

Antibiotic use before or around the time of birth has long been considered to have minimal adverse effects on babies. However, studies that suggest they’re safe have only looked for the most obvious, short-term consequences of antibiotic over-use, such as increased thrush infections (an overgrowth of yeast usually kept in check by a healthy microbiome). These older studies haven’t examined longer-term health consequences.

At the same time, a growing body of studies has shown the importance of a healthy infant microbiome. And though it may seem counterintuitive, the microbiome is particularly important to brain function. The brain contains around 100 billion neurons. These neurons communicate with each other via electrical and chemical signaling. As a baby’s brain develops, the neurons form connections with thousands of other neurons. This process continues at a decreasing rate throughout our lifetime. And scientists are increasingly realizing that a healthy gut microbiome is necessary for our brains to signal properly.

Experts now believe that the communication between the central nervous system and the intrinsic nervous system of the gastrointestinal tract, which has come to be known as the “gut-brain axis,” is crucial not only for proper digestion and proper brain functioning, but also for overall health.

“There’s clear evidence that the gut can have profound effects on the brain, and gut flora is part of that process,” said Dr. Elizabeth Mumper, a pediatrician in private practice in Lynchburg, Virginia, who specializes in brain disorders. “So we know that certain flora in the gut can produce metabolic products that give chemical messages to the brain that can alter feelings, emotions, and potentially alter cognition.”

It seems that early antibiotic exposure affects metabolism and inflammation, which can in turn affect brain structure, function, and gene expression. A September 2020 study conducted by a team of researchers in Minnesota found that, compared to the control group, infants exposed to antibiotics after birth had both hearing and memory issues at 1 month of age.

“We also know that the gut flora that’s developed in the first thousand days of life has a profound impact on the child’s chances of having chronic illness later in life,” Mumper said. “In general, the more diverse gut flora, the less the child is likely to have chronic illness later on, and antibiotics have the effect of killing off some of that good gut flora, therefore leading to less diversity.”

My friend and colleague, Zoey O’Toole, a health advocate with an undergraduate degree in physics who has worked as an electrical engineer and a computer programmer, has long suspected that over-exposure to antibiotics played a role in her children’s speech and neurological issues.

“I had two children who were exposed to substantial amounts of antibiotic near birth—I got two rounds before my daughter Kalea was born and at least one round after she was born and possibly two, to treat mastitis,” said O’Toole, who lives in upstate New York. “I also had antibiotics in labor with my son, and then Beckett himself had two rounds at 5 months and 15 months. Both my children have ADHD, speech issues, dyslexic tendencies, and high anxiety.”

In a research study published in 2013 in the North American Journal of Medicine and Science, Mumper herself found a clear association between antibiotic use and autism.

In the study, she identified the best practices that lead to a cohort of 294 children in which there were zero autism diagnoses (when at least six would be expected, based on CDC autism rates at the time).

According to the New York University research, prior to 1945, no children were exposed to antibiotics during childhood. Today, the average U.S. child receives nearly three rounds of antibiotics before the age of 2. If early antibiotic exposure is indeed causing altered brain function in a high percentage of U.S. children, we must find ways to mitigate those effects.

“Our present findings should trigger re-examining widespread antibiotic prescriptions when their use is not directly indicated,” the study authors wrote.

How? Some clinicians recommend that we do a better job of screening mothers for Group B strep risk factors, so that thousands of babies aren’t needlessly exposed to antibiotics to prevent just one or two cases of illness.

Others say reducing the number of unnecessary Cesarean births will also help reduce antibiotic over-use. The WHO recommends that Cesarean births be limited to the 10 to 15 percent of births that are truly high risk, yet at some U.S. hospitals, the C-section rate is as high as 70 percent, according to a study from the University of Minnesota. These excess surgeries can cause many health complications for both the mother and the baby, in addition to problems resulting from antibiotic exposure to the infants.

And pediatricians recommend that we find effective interventions to treat the guts of those babies who truly need early antibiotics. In Mumper’s practice, new moms are given support and encouragement to help them exclusively breastfeed which helps establish beneficial bacteria in their babies’ guts, she said. Mumper also recommended a multi-strain infant-formulated probiotic for infants exposed to antibiotics.

But, perhaps the most important tactic is a combination of prevention and nutrition.

“It’s really important not to over-medicate kids in the first thousand days of life,” Mumper said. “And also to really work on their nutrition, so [that] when you first start to feed them, they become used to bitter tastes and fermented foods. Sugar is an enemy of healthy gut flora, so it’s important to help your baby develop a palate that won’t just prefer sweet foods.”

Jennifer Margulis, Ph.D., is a science journalist and the author of “Your Baby, Your Way: Taking Charge of Your Pregnancy, Childbirth, and Parenting Decisions for a Happier, Healthier Family” (Scribner, 2015). Learn more about her work and sign up for her free weekly email at JenniferMargulis.net