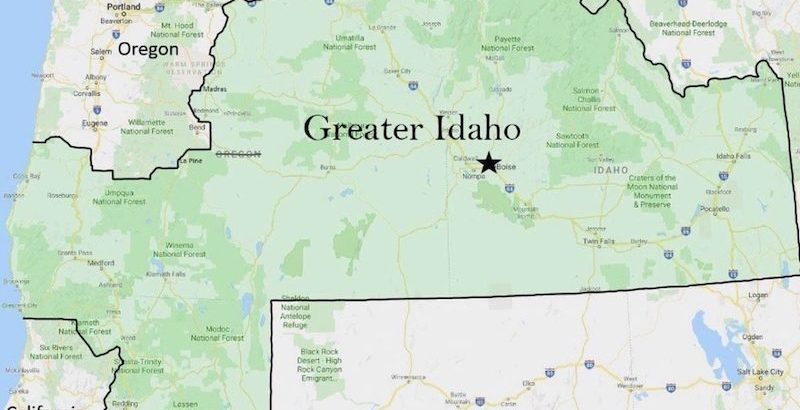 Historically, very few state legislatures have succeeded in changing state lines. Rural Oregonians have petitioned and voted to do just that. Most of Oregon’s counties are RED which means the percentage of counties in Oregon do not like how the politics in Oregon’s Capitol are affecting them and residents are doing something about it.

If successful, 5 Oregon counties would become part of Idaho.

Donald J. Trump is actively endorsing GOP candidates for the 2022 mid-term election. There is a sweeping belief that if election integrity is secure by then, it is quite possible Republicans will take back the House, a major hurdle of voting this into law.

In a long-shot bid, 5 counties approved measures telling officials to take steps to change the border 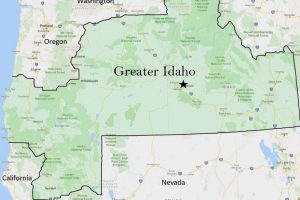 Several counties in Oregon on May 18 voted to consider joining the state of Idaho, which is part of a long-shot movement to break away from the state that has long been dominated by politicians in Portland.

The grassroots group Move Oregon’s Border for a Greater Idaho is aiming to have the eastern counties—which are mostly rural—join Idaho because they believe they would be better off with Idaho’s more conservative political leadership.

“This election proves that rural Oregon wants out of Oregon,” lead petitioner Mike McCarter said in a statement to local media outlets on May 18. “If Oregon really believes in liberal values such as self-determination, the Legislature won’t hold our counties captive against our will. If we’re allowed to vote for which government officials we want, we should be allowed to vote for which government we want as well.”

McCarter told the Oregonian last year that the bid to join Idaho is more of a “lifestyle/values judgment” that separates rural and urban residents.

Idaho Gov. Brad Little, a Republican, told Fox News last year that some Oregonians are “looking at Idaho fondly because of our regulatory atmosphere” and “our values.”

The bid, however, appears to be a long shot as it would require a formal vote in the Democratic-controlled Oregon legislature. If that goes through, Oregon and Idaho would have to come up with a deal, which would then have to be ratified by the U.S. Congress.

Throughout the history of the United States, changing state lines has been a rare occurrence—all taking place before the 20th century. In 1792, Kentucky was created from Virginia’s territory, Maine was created from Massachusetts in 1820, and West Virginia in 1863 was admitted into the United States when Union states and counties separated themselves from the Confederate ones during the Civil War.

Voters in Oregon’s Harney and Douglas counties will hold a vote on similar measures in upcoming elections.

McCarter told media outlets that Idaho state Reps. Barbara Ehardt and Judy Boyle, both Republicans, are planning to introduce a bill about a possible relocation of the Idaho–Oregon border in January 2022.