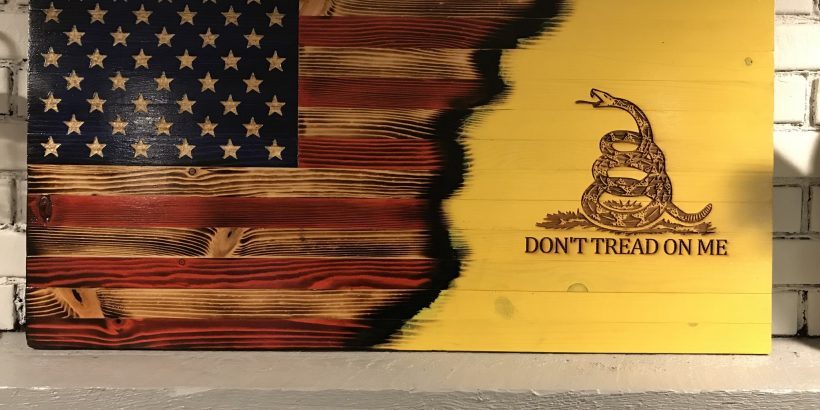 Four months into the Biden administration, we are starting to get a clear picture of what is happening to our country.  The mask, if it was ever actually on, has come off.  This administration and its far-Left puppet masters have veered so far from the mainstream as to almost make Barack Obama resemble a moderate.

Whatever ruse Biden was pulling during the Democrat primary and then the general election, when he portrayed himself as the working-class hero, lunch pail Uncle Joe, moderate blue-collar guy from Scranton, has been revealed as a total fraud.  When Biden stated, “I’m not Bernie Sanders” maybe he was being honest, for, in fact, he seems to have gone to the left of even Bernie.

That the administration sees a very small window of time to push this radical agenda is obvious; it is on overdrive to transform America in record time.  The litany of disastrous policies that have been pushed, floated, and introduced is mind-boggling.  From packing the Supreme Court, D.C. statehood, massive tax increases, eliminating the Electoral College, federalizing the entire election system, free college tuition, massive spending and a Green New Deal, and the opening of our southern border, one’s head spins trying to keep up.  The nation is in crisis and the future of our Republic balances on a knife edge.

The most dangerous of these transformative changes is the attempt to nationalize the electoral system through the Orwellian named “For the People Act.”  The result would be nothing short of the shredding of the Constitution, the obliteration of state sovereignty and, at the risk of hyperbole, the end of the Republic.  That the 10th Amendment, with its clear limitations on federal power, has been seriously eroded over the past century is not debatable.  This would end it, just as surely as the Left is trying to cancel and destroy the 1st Amendment rights to free speech and religious liberty, just as surely as they want to destroy the 2nd Amendment and the right of free citizens to bear arms. For the Biden administration, these efforts at the total centralization of power and the destruction of the states and their constitutional right of sovereignty is paramount.  This is the ultimate power grab, even if it seems understated, underreported, and much stealthier than their attacks on our other rights.

What can we do to stop this coup?  Count on the Republicans retaking the Congress next year?  Elect a conservative president in 2024?  These are worthy goals and worth fighting for, but they will be fool’s gold if the onslaught against the 10th Amendment is allowed to proceed.

The fact is that the last and best hope, in fact, the only hope that America has before we make the great slide into empire, is the restoration of state sovereignty.  That this will be a long and arduous struggle is very possible.  The forces against this effort will be monumental and will come from both sides of the aisle.  As Donald Trump learned, the Deep State has wide bipartisan support and the Deep State will fight this effort as a matter of life or death.

We know the attacks that will come from the left; those attacks will be almost nauseatingly predictable.  A word must be said, however, in reference to the almost certain criticism and arrows that will come from certain conservative circles. This is not a refighting of the Civil War. We need not hear about Lincoln and the settled debate over “States Rights,” please, not a word about slavery, John C. Calhoun, tariffs and lost causes.   This isn’t the time to rehash the interminable endless yawningly irrelevant internal conservative debates about the Civil War.

This is the time for a state, better yet, a group of states, to plant the flag and take a stand against the tyrannical centralization of power that we are witnessing before our very eyes from this administration.  The only bulwark against this power grab can come from the states.  It will take a state led by a governor with incredible fortitude and a spine of steel to say, no more.  Not here.  That there are strong governors in the country, who are capable of taking a stand, seems a real possibility.  If that means the state of Texas taking action to close the southern border, so be it.  If that means the state of Florida nullifying the unconstitutional federalization of our election laws, all the better.  If it means a state taking action to disallow federal officials from their efforts to confiscate our guns, have at it.

Let’s be clear, this is not the time for talk of secession.  The Union is and remains irrevocable.  A divided America would almost assuredly lead to the fall of all its parts, and the sanctity of the Union is paramount.  But what sort of Union will it be?  A Union led by a Deep State oligarchy that has taken the Republic of our Founders down a path of destruction cannot provide liberty to a free people, nor does it deserve their loyalty.

This effort will force a confrontation, a constitutional confrontation that has a chance to save the Republic and preserve the Union that the Founders bequeathed to us.  But we will only gain this option if we have the courage to take a stand and the bravery to plant the flag.

Michael Finch is the President of the David Horowitz Freedom Center